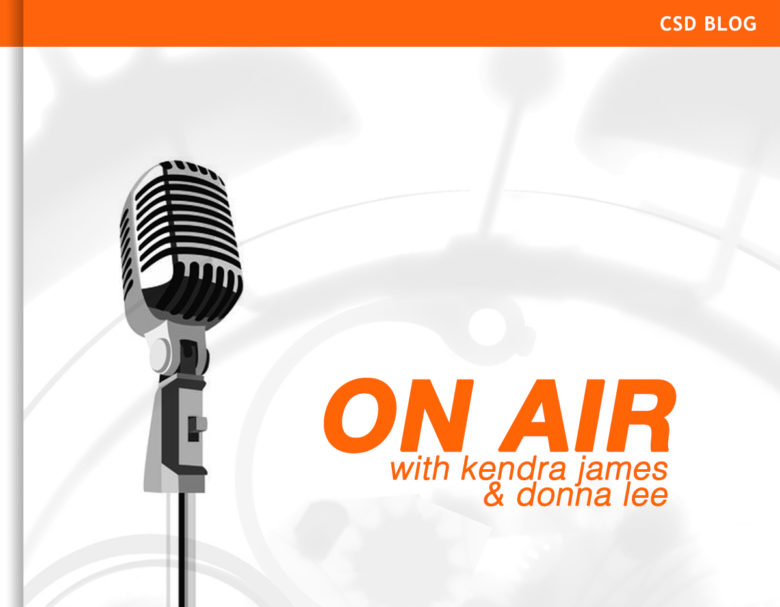 We join our heroes on a warm June day at Clickspring HQ in Manhattan, where they sit adjacent to one another. KJ: So, Donna, what was the last thing you watched on TV and why did you watch it?

DL: Okay, hold on. I’m just getting a little stage fright right now…wait don’t write that. (laughs) Ever since I arrived in New York about eight months ago people have been telling me to watch Broad City. I just wanted to try it out and ended up watching three episodes. So good.

KJ: I love that show! Wow, so you’ve been in the city for eight months now! Awe, you’re still so fresh. What has been your biggest NYC challenge since moving from New Zealand?

DL: (sighs) There have been a few. Two things that pop into my head right now… One, people don’t understand me through my accent. I’m trying to sound more American but I still have to repeat myself a lot. Second thing, the product packaging here! Why do you have to package every little item up? And I don’t understand double bagging. It shocked me that the cashier was shocked when I asked for a single bag. DL: (laughs) You sound like… I don’t even know where, what, how, why. You just merge and Australian and British accent and it sounds bonkers. But girl, I love you anyway.

KJ: Okay, now you ask me a question.

DL: So, you’re a creative person. How do you get unstuck creatively?

KJ: I shake it off, literally.

DL: Yeah, I know. Like when you do your spontaneous one minute dance parties…by yourself.

KJ: (laughs) Exactly…I feel like you already knew the answer to that question. But yeah, I have to move both physically and mentally. Sometimes I can focus too hard which can be detrimental to my design process. Think about the Powers of Ten by Ray and Charles Eames meets a gyroscope.

DL: Oh, we’re getting serious now. What does that mean?

KJ: Scale and perspective. It’s important for me to look at things from all the POVs I can imagine.  I attempt to apply that to my design process, as well as my life in general.

DL: What do you think about on your commute? KJ: My favorite part of what we do here at Clickspring and design in general is the storytelling. So during my commute I like to put in my headphones and zone out while listening to podcasts. I have about ten shows on my regular rotation.

DL: What kind of things do you listen to? Give me your favorites.

KJ: Alright, I’ve been saving this one. This is more of a challenge than a question. I know how you like to be challenged. (Clears throat dramatically) Donna, please explain “Clickspring Orange” to a blind person.

KJ: (laughs) Fair. I’ll expand on what you said. This particular orange is like…pointing your face directly at the sun at high noon on a summer’s day while peeling an actual orange as you sprawl out in the grass at a park while a breeze rustles the leaves in the distance: warm, invigorating, and refreshing. 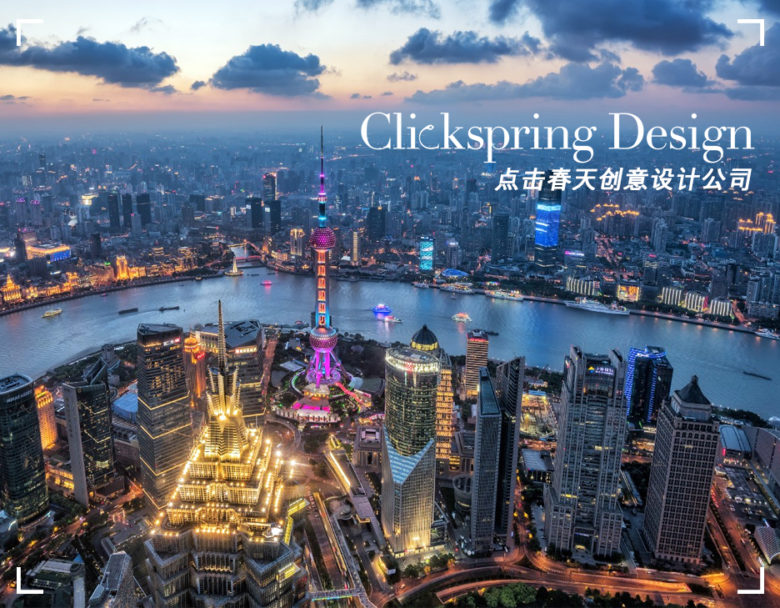 Clickspring Design, an experiential design firm with offices in New York and Austin, further expanded its commitment to the Chinese market with the launch of a dedicated Mandarin-language website.

“We started working in the Chinese market about six years ago,” notes Erik Ulfers, the firm’s founder and president, “I think it was clear from day one that China is a very unique environment to work in.”

As well, Clickspring recently worked with Tencent to relaunch the network’s NBA coverage, a project which won multiple Set of the Year honors for broadcast design and augmented reality integration earlier this year.

“The market is very sophisticated in terms of technology, and Chinese broadcasters are looking to further professionalize and modernize their broadcast practice to eventually be leaders of the broadcast market. They’re looking towards our insights and knowledge of design to help do that,” added Ulfers.

Clickspring Design is also focused on branded and consumer environments in China, translating their unique expertise in broadcast to conceptual spaces for brands and businesses with strong architectural vocabulary and relevance.

“Our website underlines the fact that we’re a multidisciplinary firm and have a lot of staff with diverse international connections, bringing these different backgrounds to each project. We have an energetic design culture that wants to be shared with our Chinese clients and advocates,” said Ulfers.

The Chinese-focused website for Clickspring Design was launched around the auspicious occasion of the Chinese New Year and includes a firm overview, team biographies, recent projects and case studies.