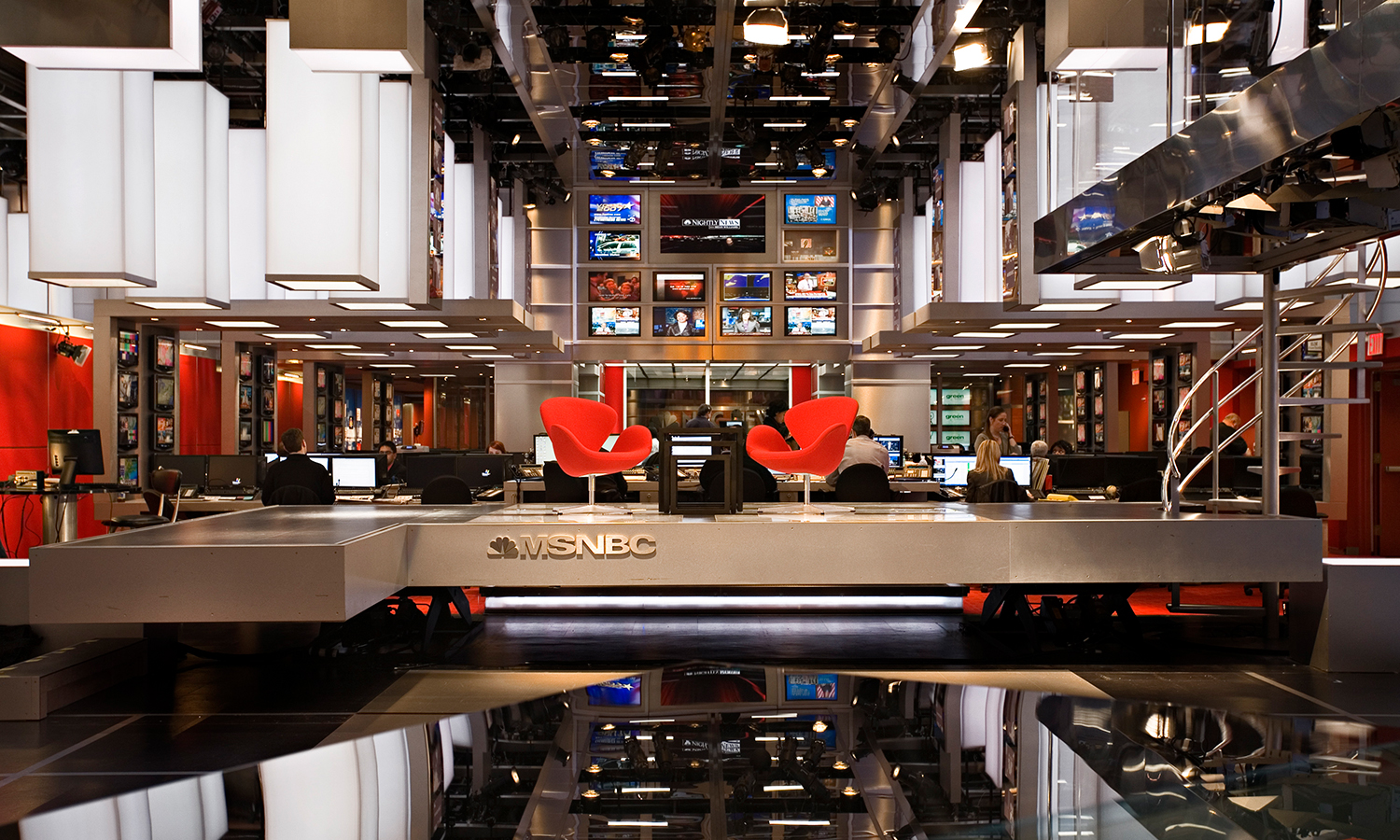 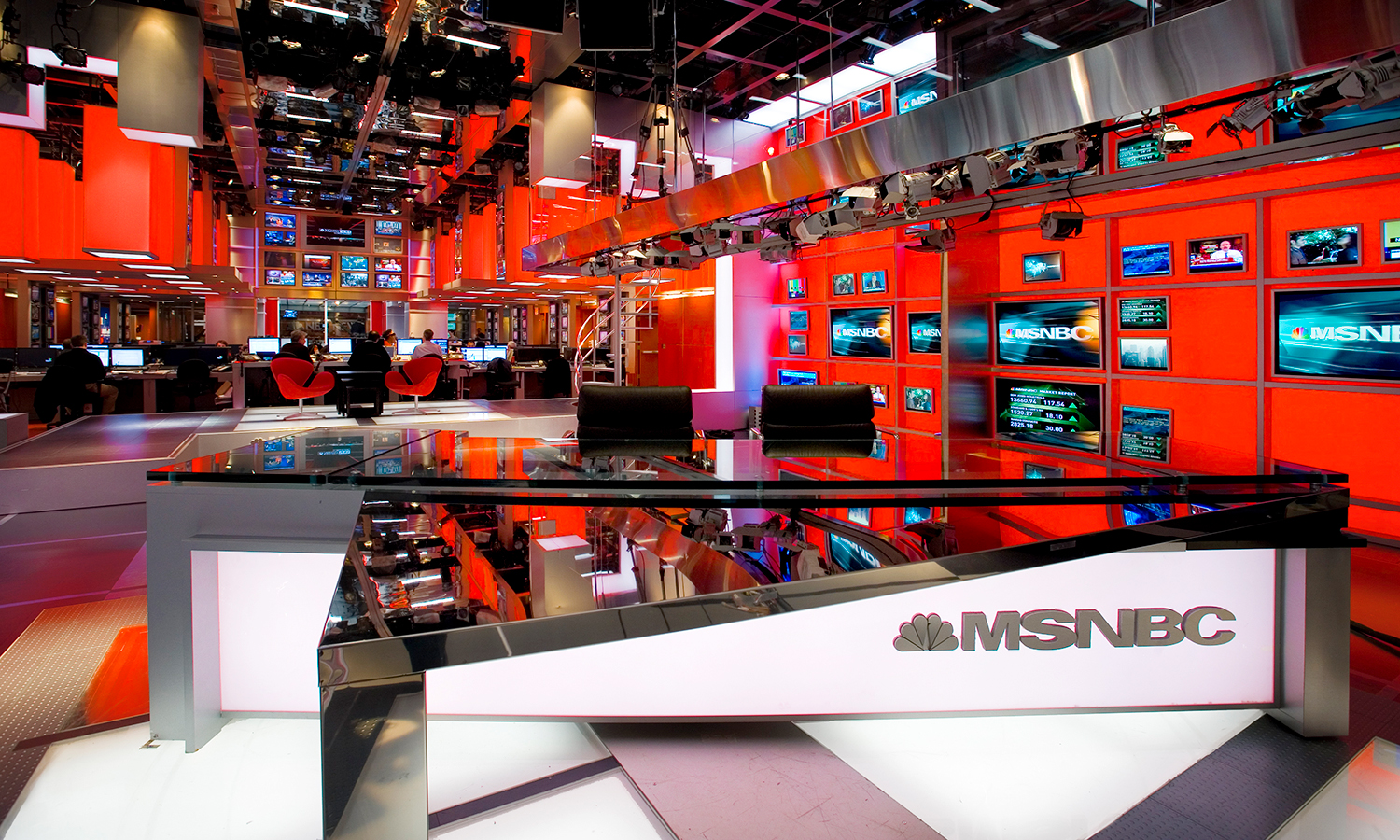 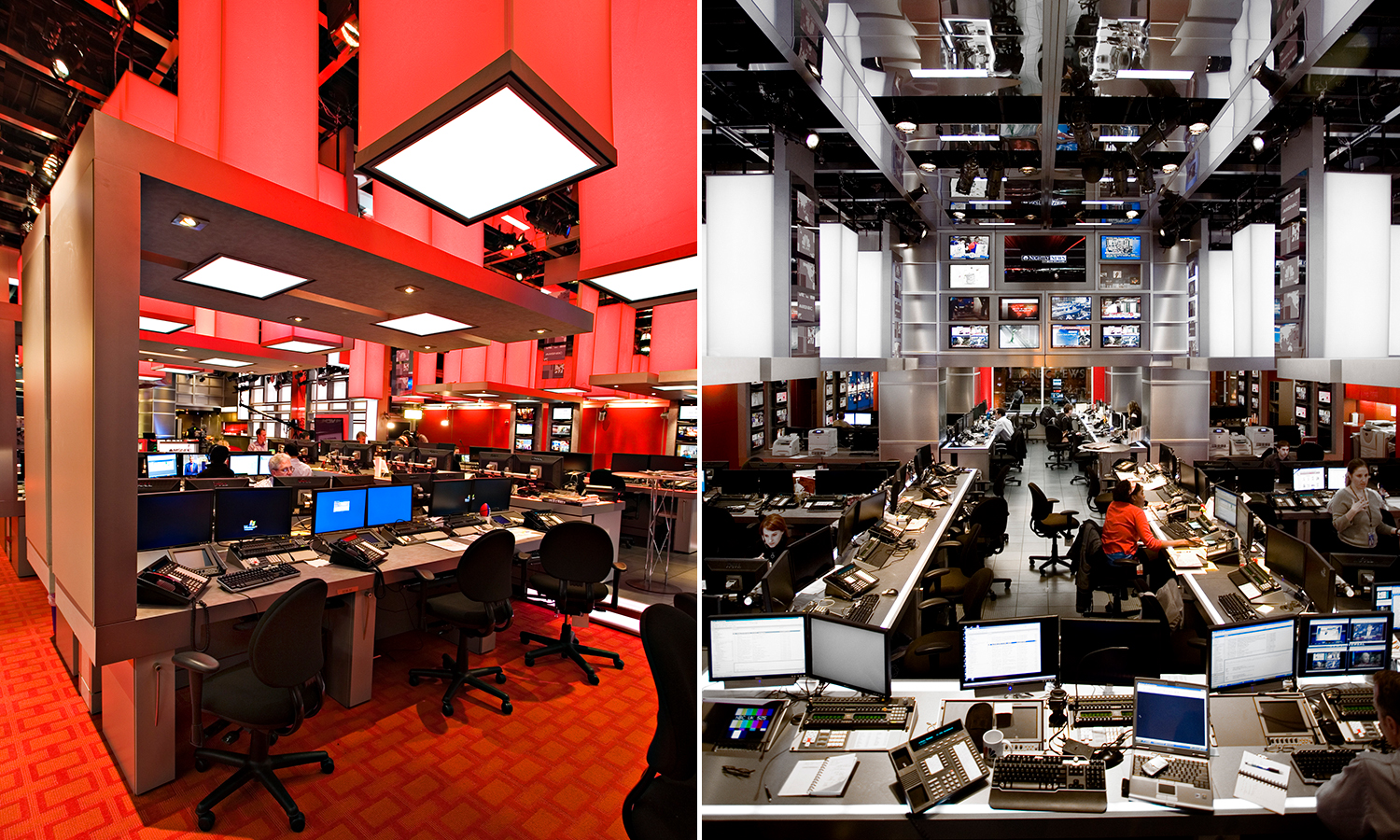 The newsgathering and production capabilities of NBC and MSNBC are consolidated in this 8000 square-foot studio in Rockefeller Center. These Emmy and BDA award-winning studios are home to more than 60 journalists, producers, and editors, as well as NBC Nightly News and New York-based MSNBC programming.