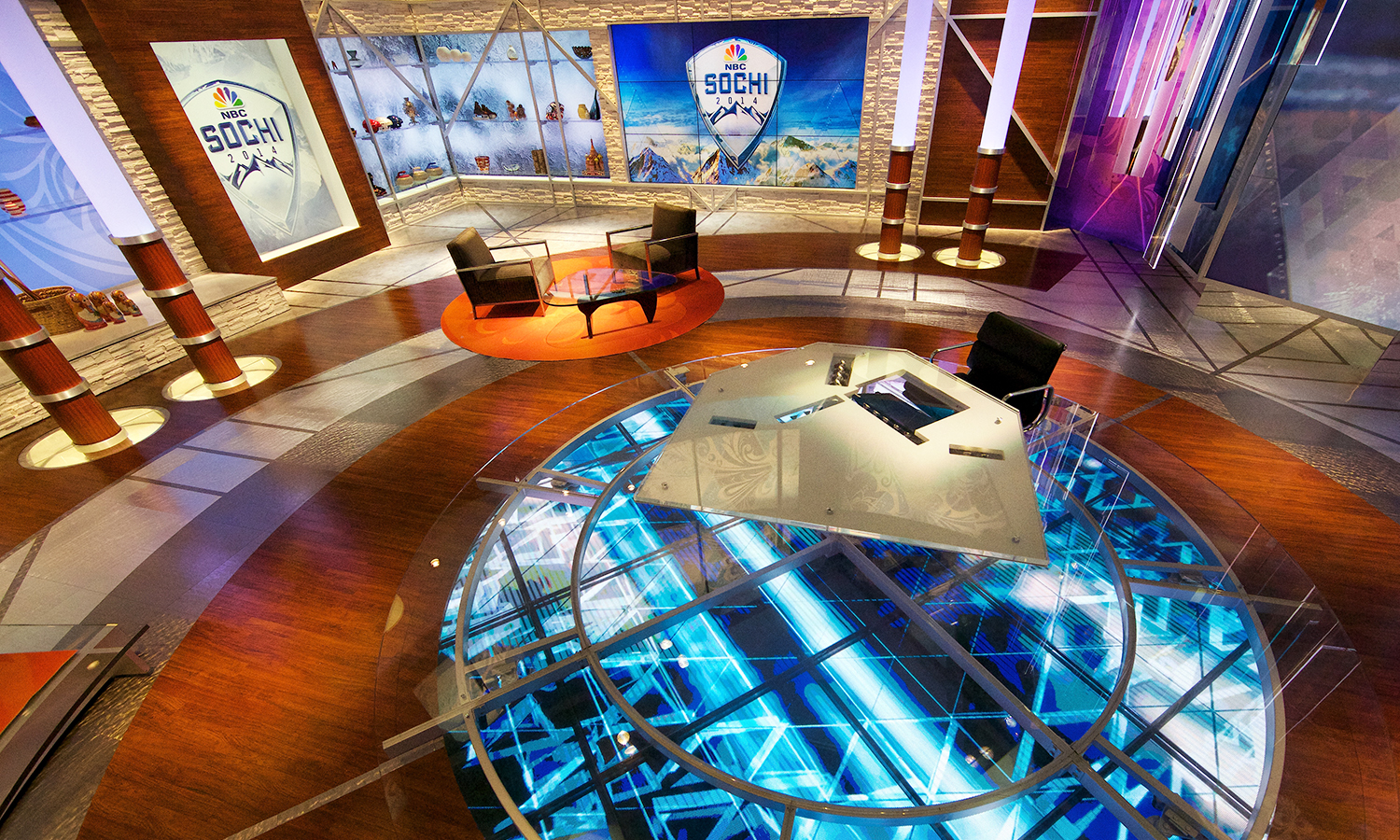 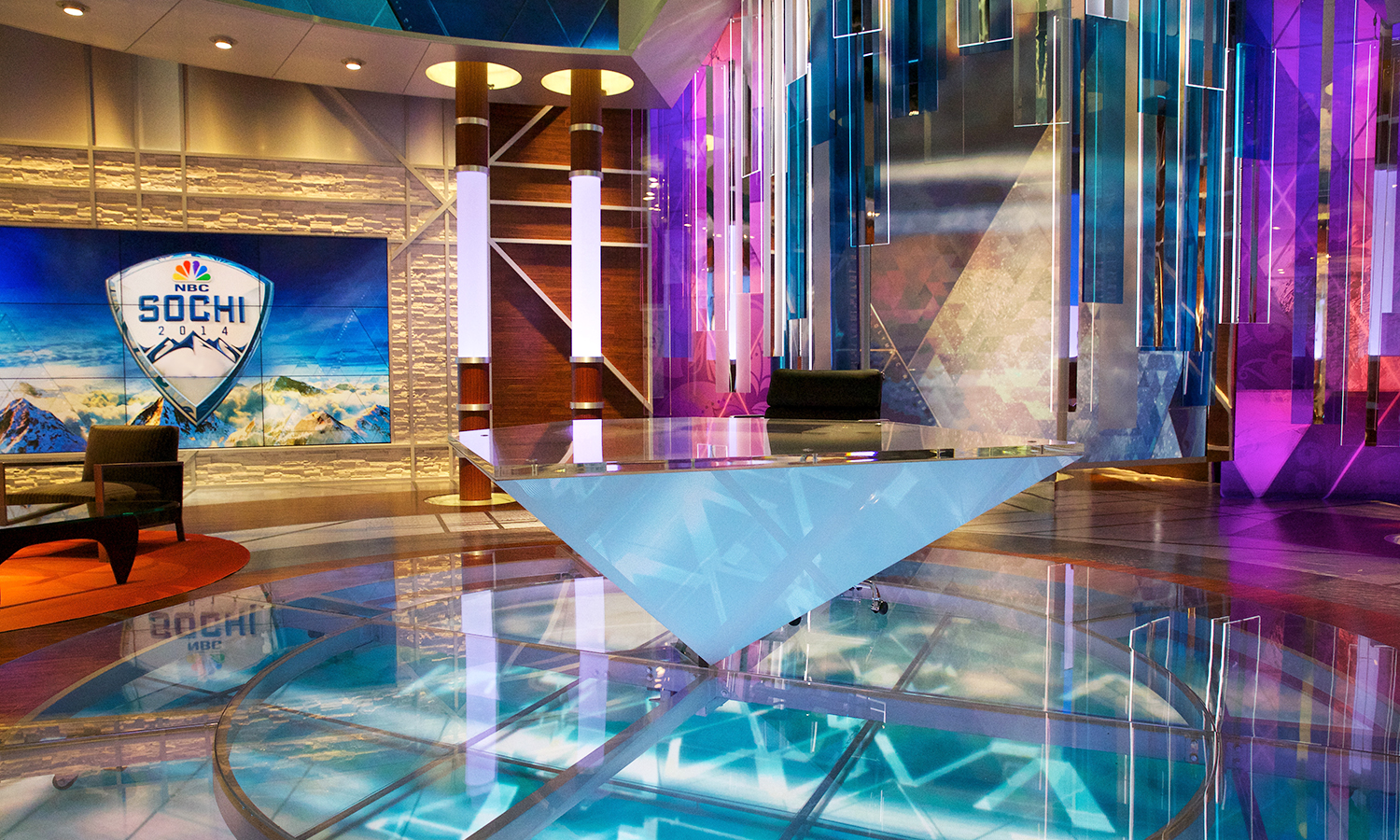 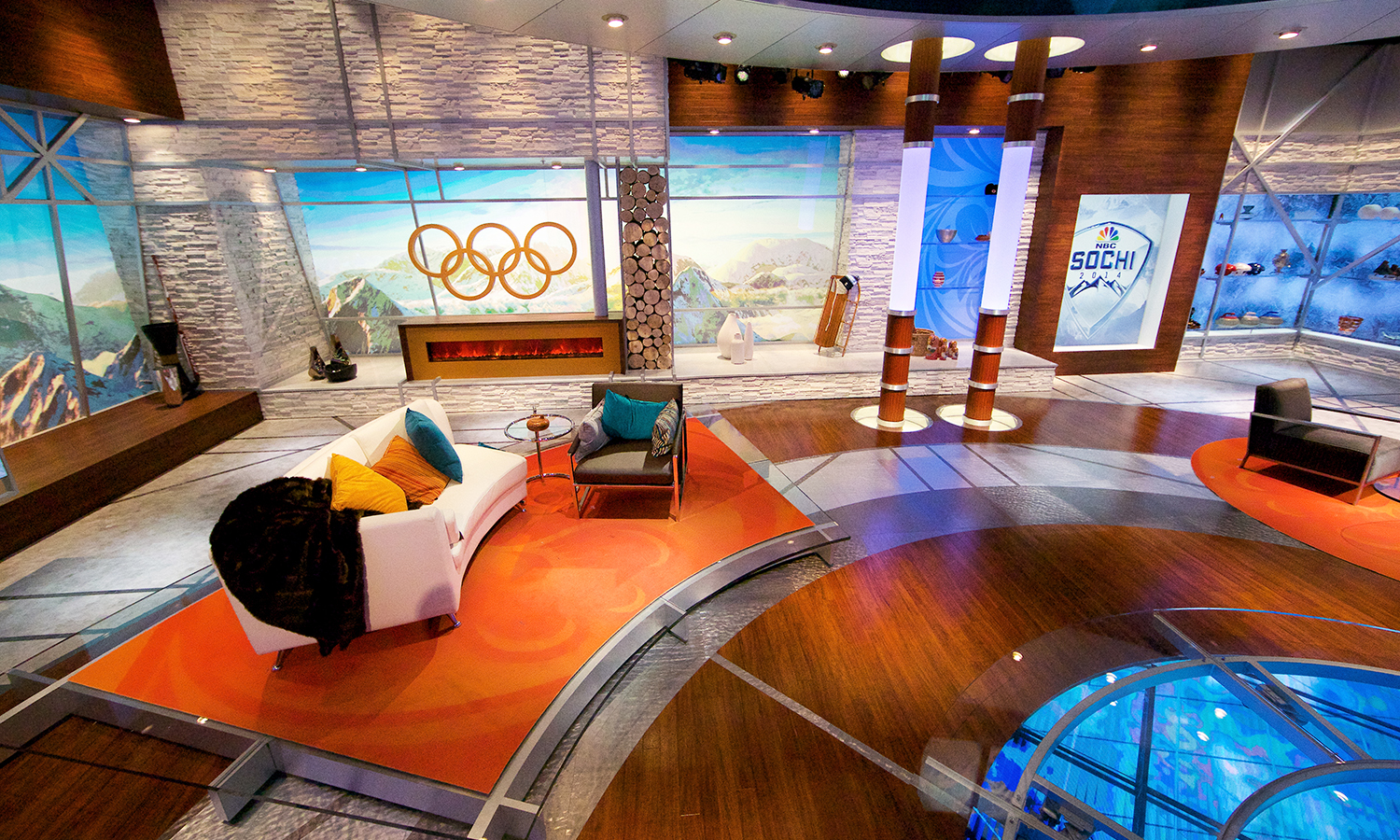 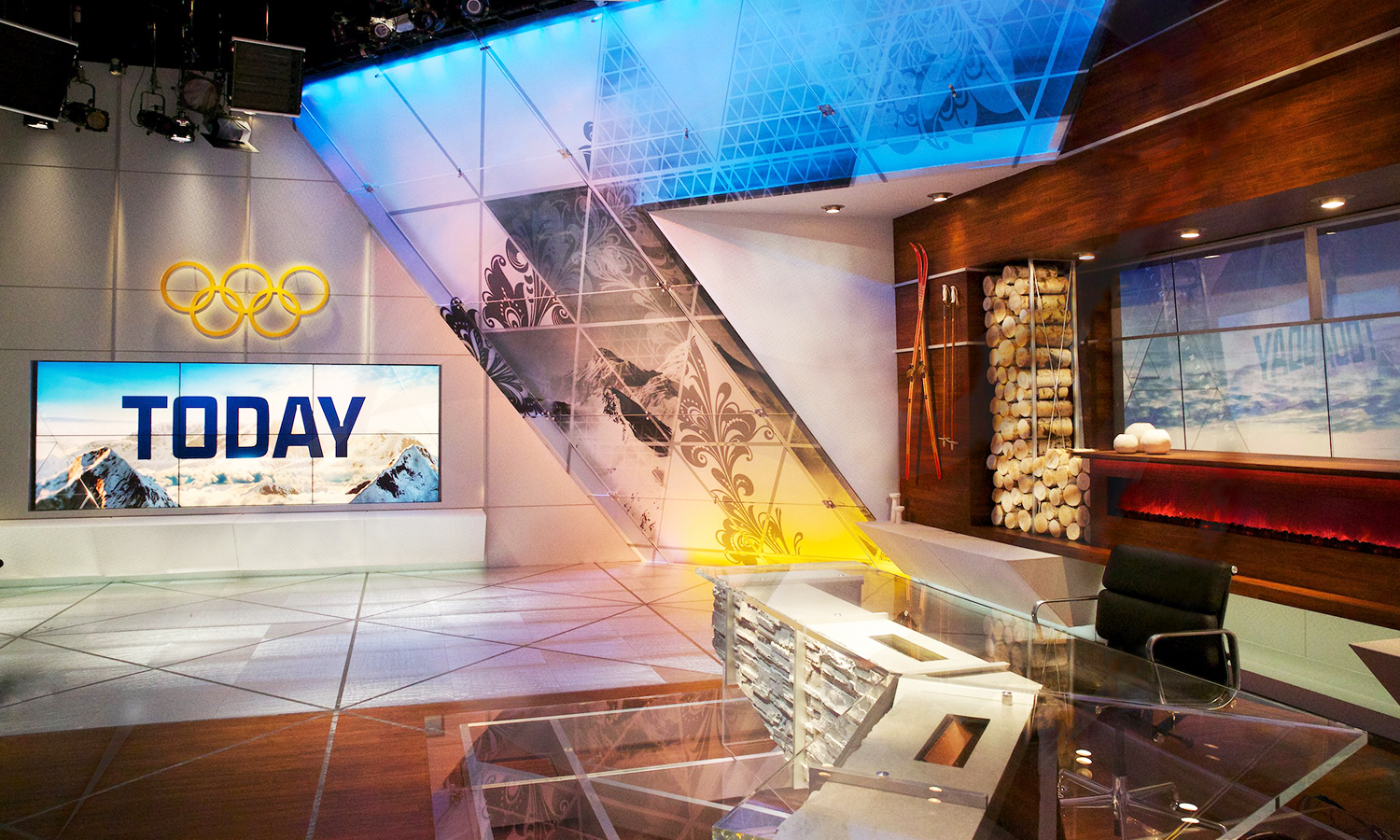 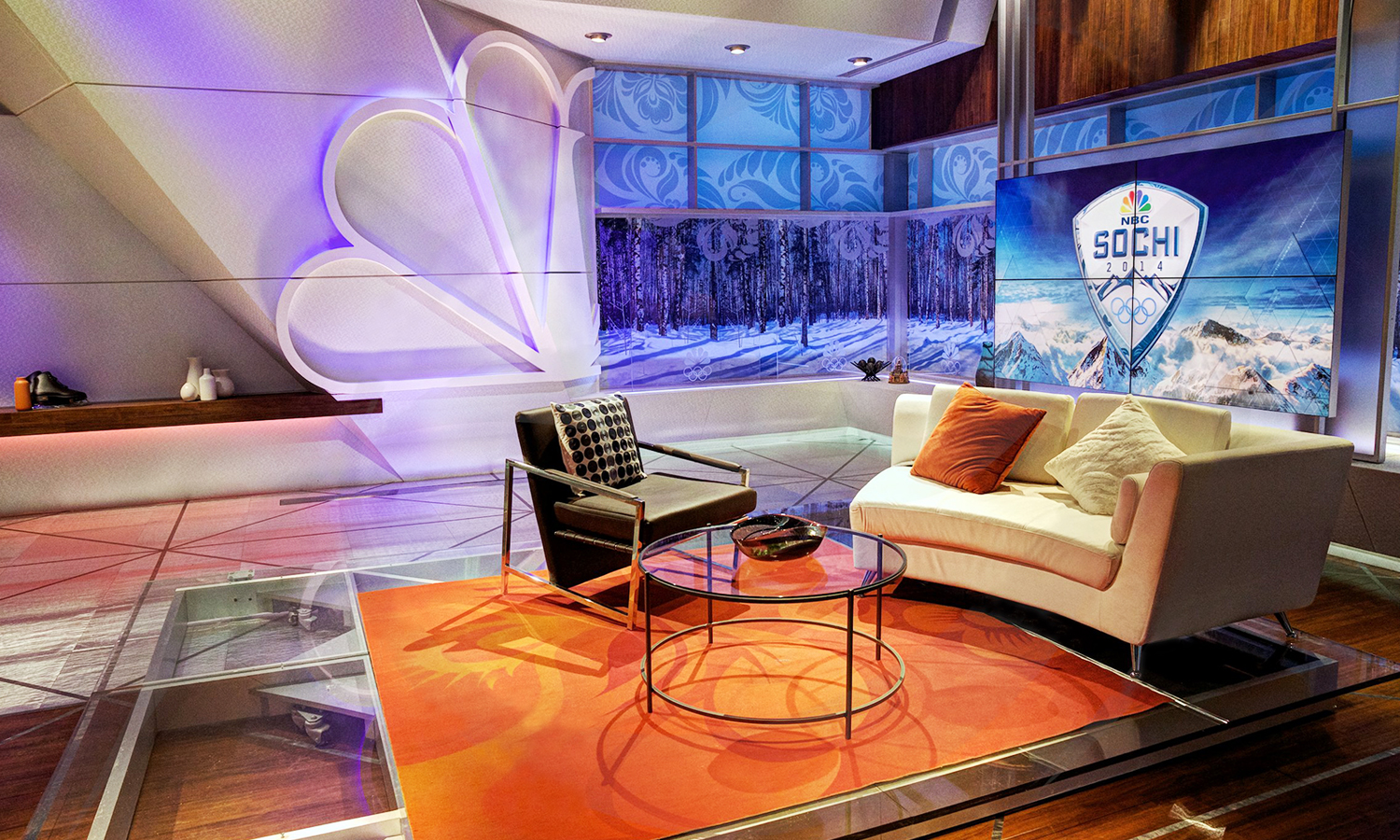 Dramatic, spacious, and crisp, the sets communicate a crystalline winter environment and the elegance and prestige of the occasion. The NBC studios, in particular the primetime studio with host Bob Costas, served as America’s home for Olympic coverage.