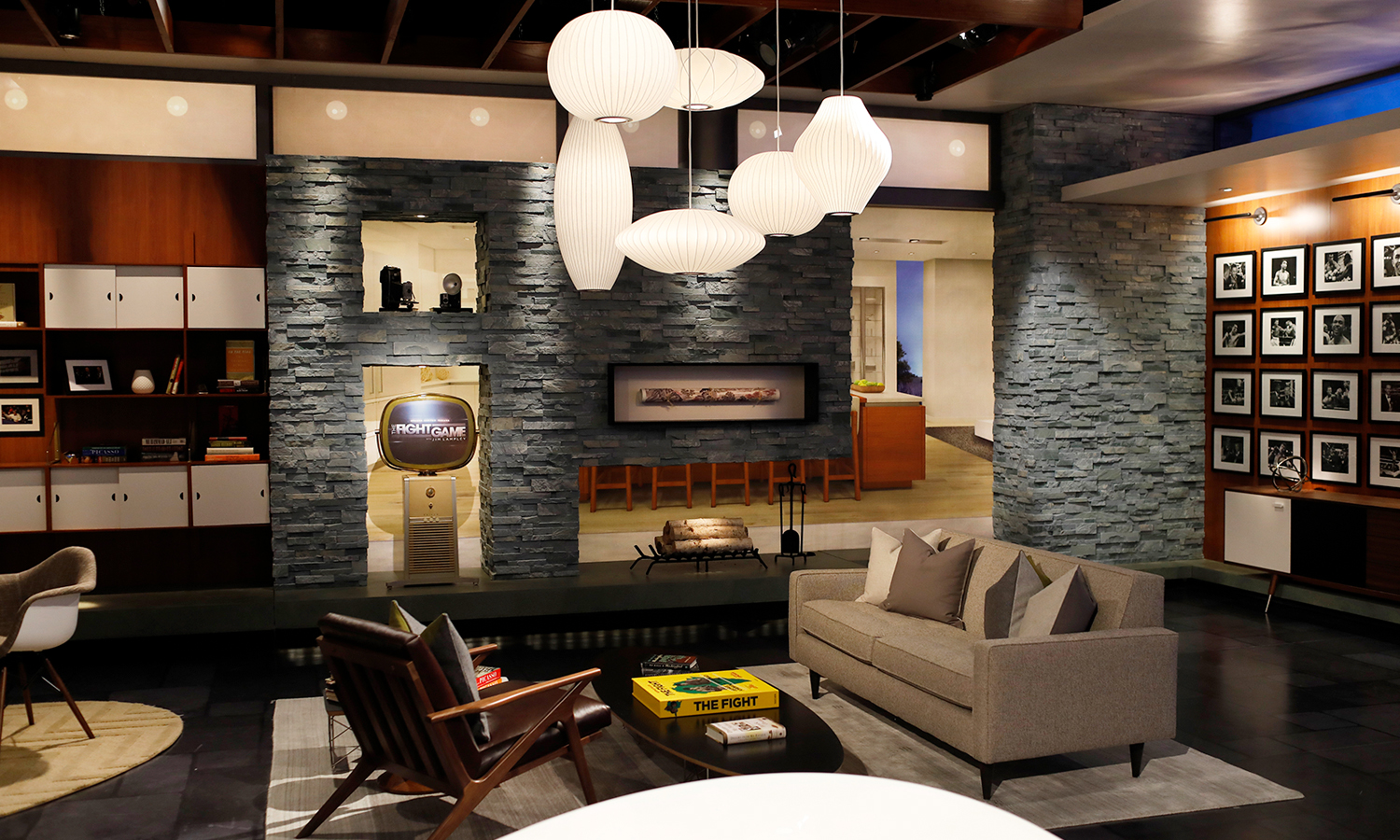 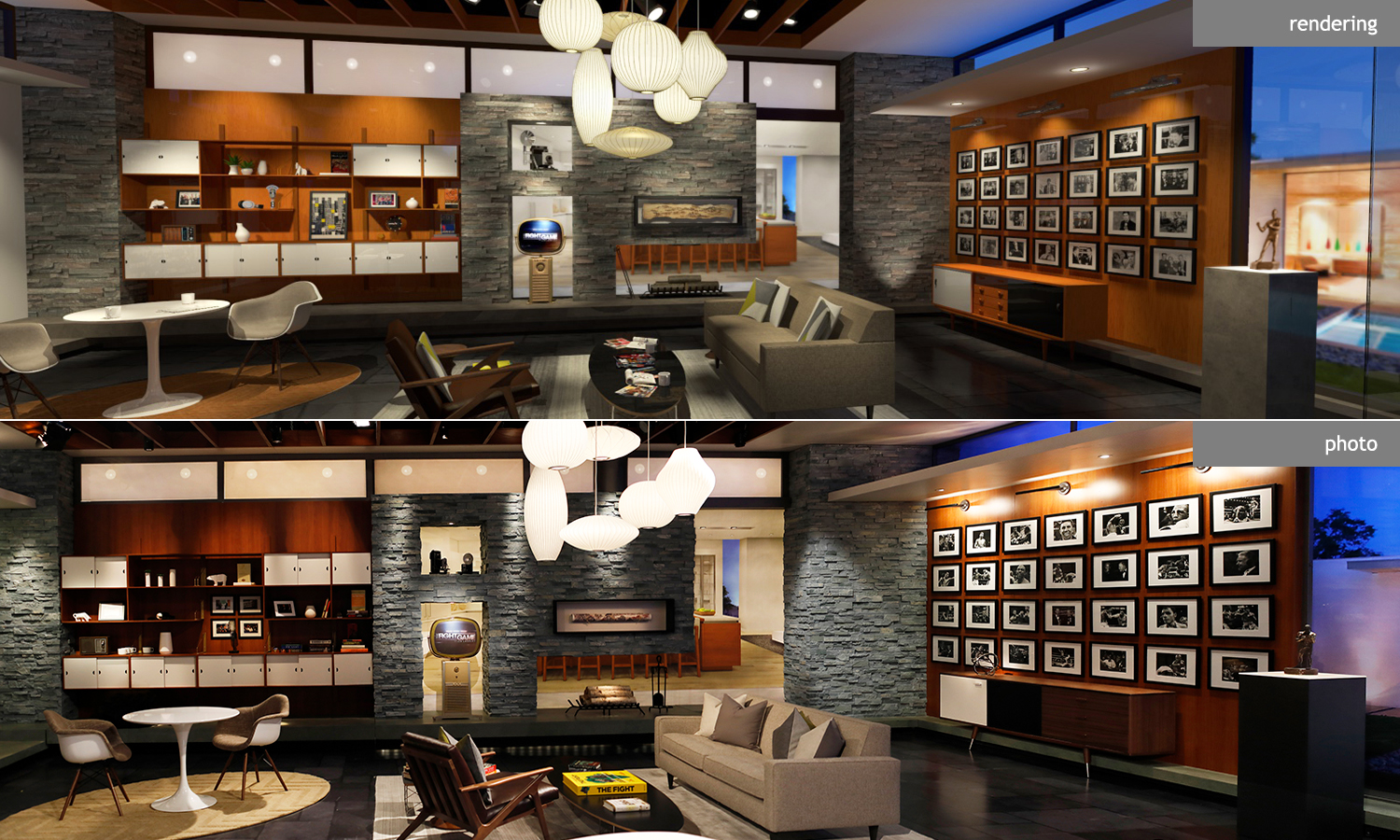 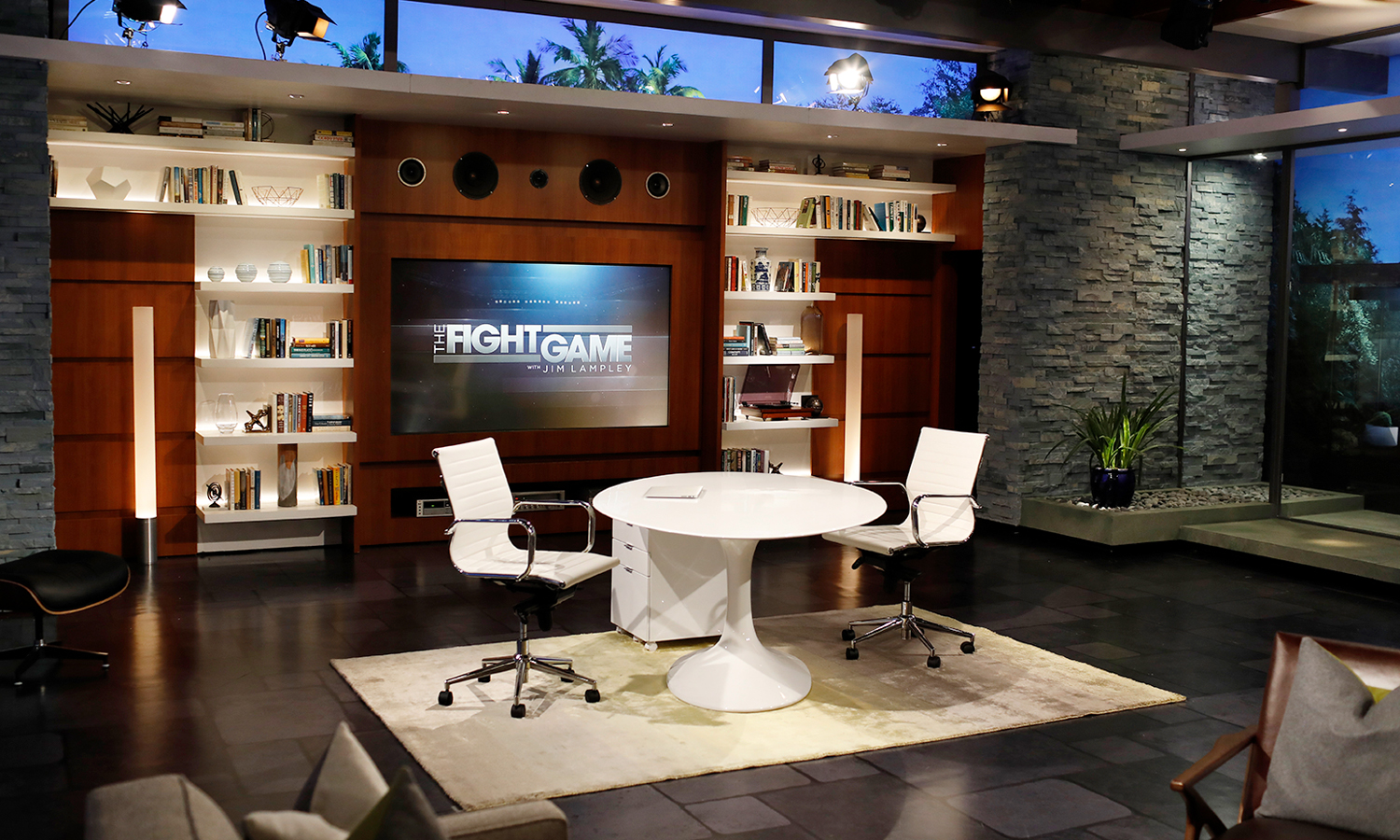 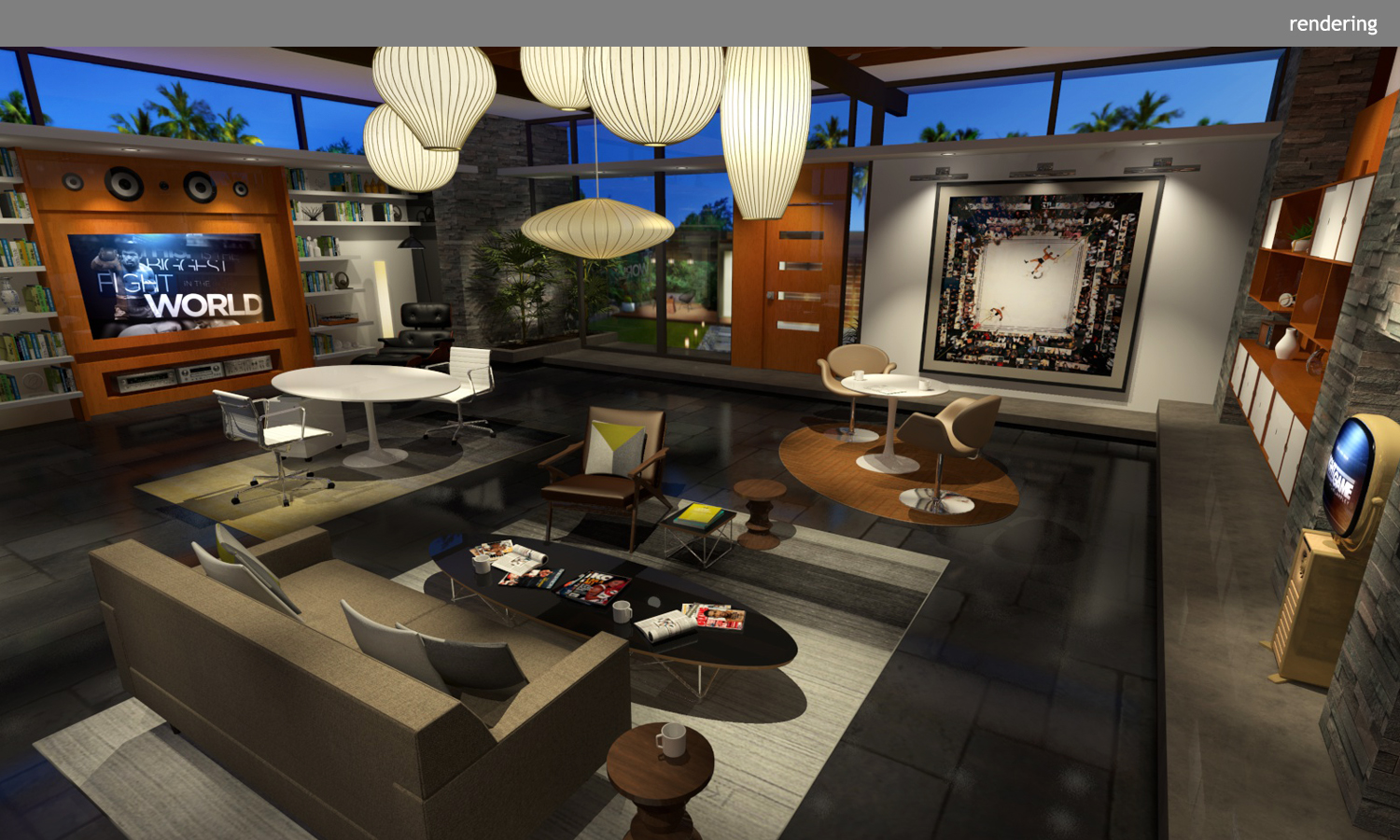 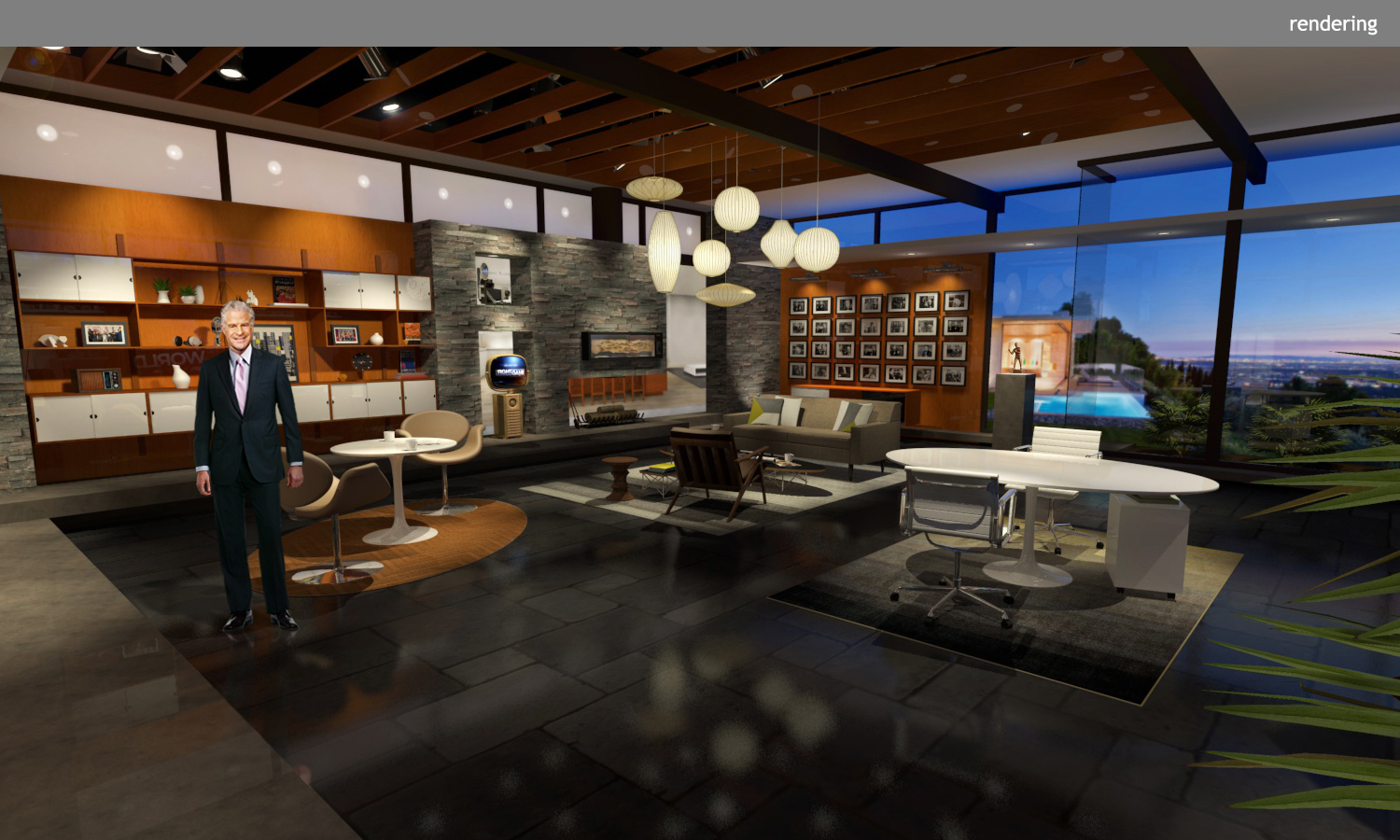 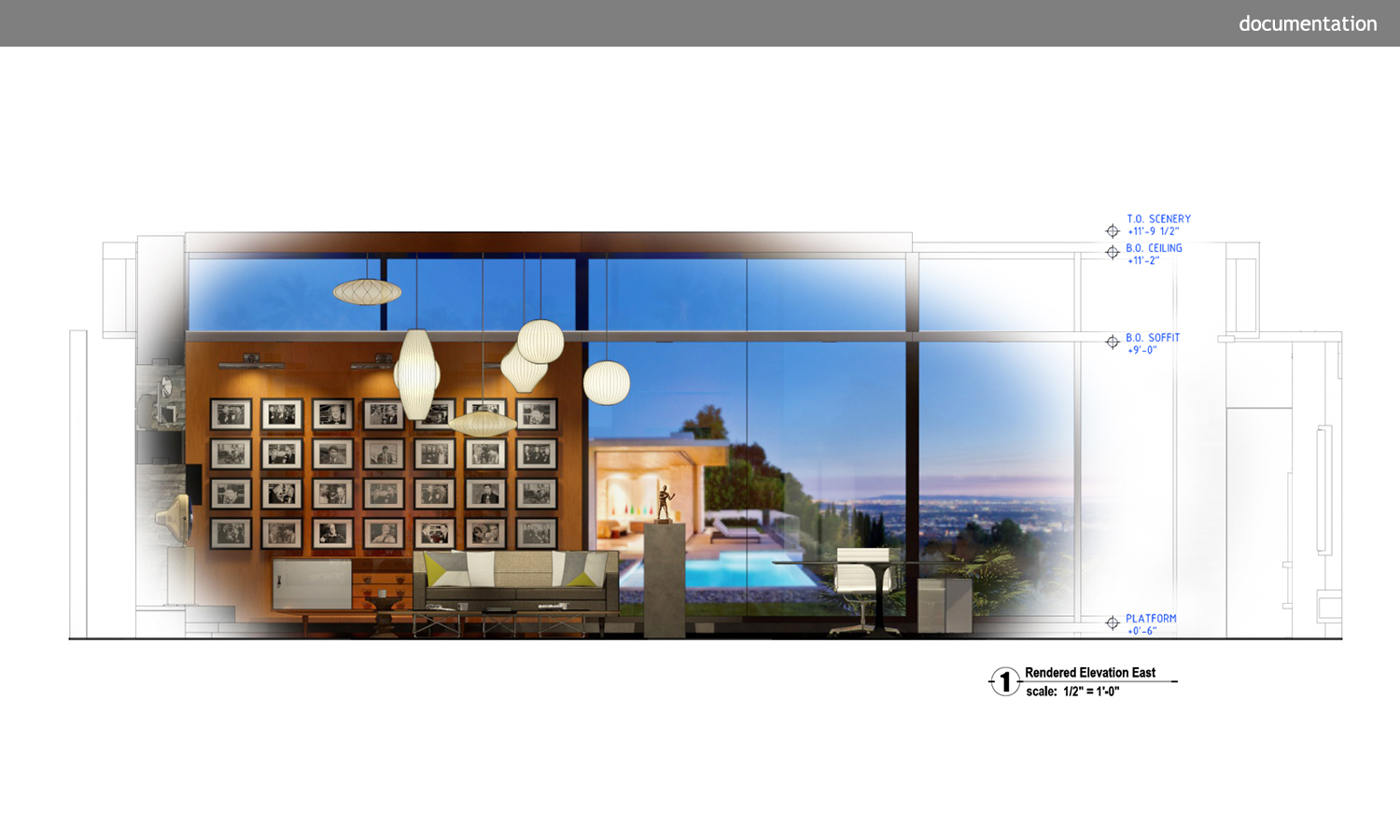 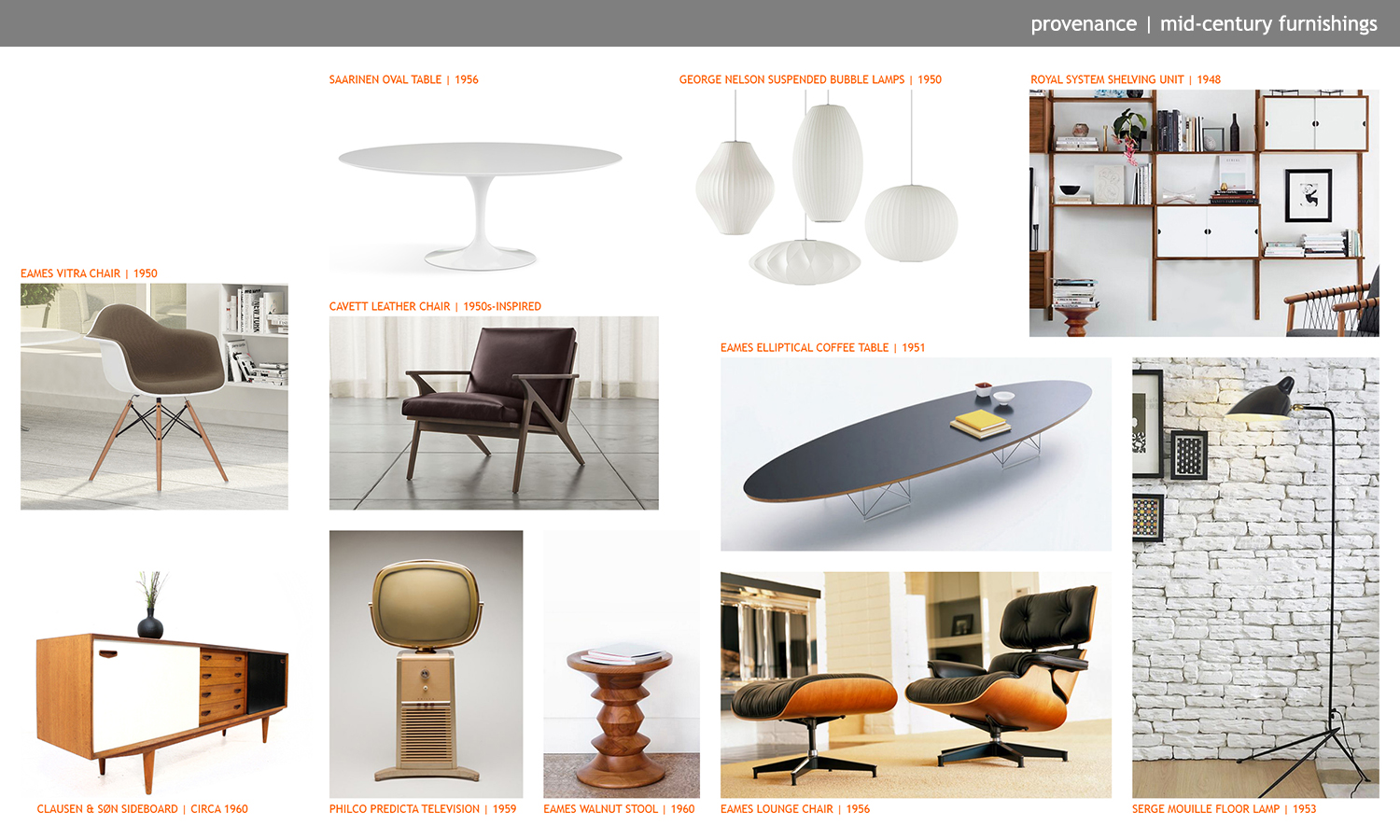 The goal of HBO’s The Fight Game is to create a space for conversation that invites viewers to develop a deeper relationship with the show, its hosts, and the sport of boxing. To meet that goal, the Clickspring team designed an immersive physical space evocative of a well-furnished, modernist home, avoiding the flashy, graphic heavy aesthetic that dominates today’s sports media landscape. The Fight Game studio consists of carefully detailed architectural elements and rich materials, which contribute to an environment that feels worldly and authentic. The scale and intimacy of the studio supports a wide variety of host and guest discussions.

Inspired by early Los Angeles architectural legends such as Richard Neutra, R.M. Schindler, and Charles and Ray Eames, the Clickspring Design team drew upon the forms and materials of the 1960s — an era that witnessed the emergence of Muhammad Ali and the revitalization of the sport of boxing. The result is a unique balance between home, gallery, and sports broadcast studio that becomes immediately recognizable as a major confluence point for conversation surrounding the sport.