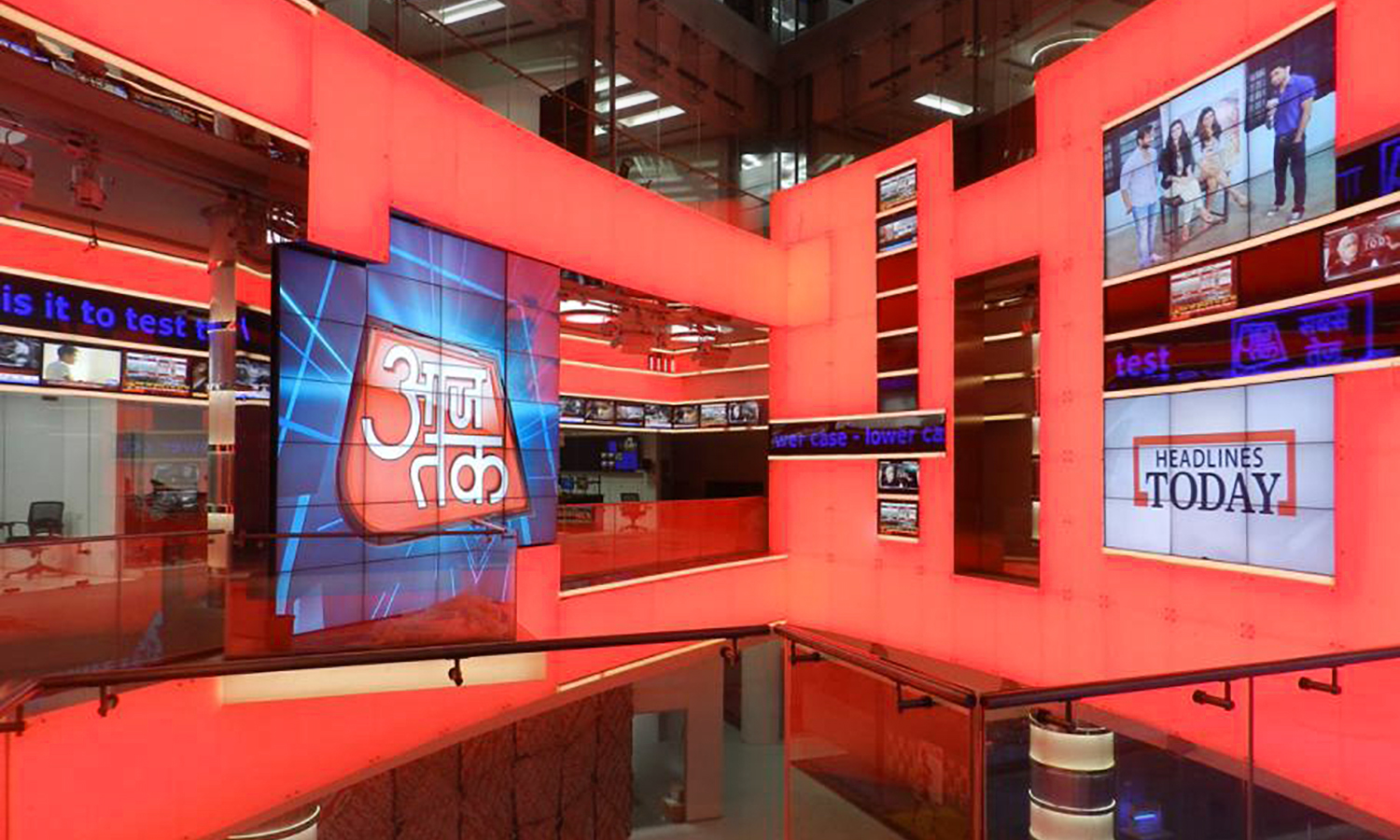 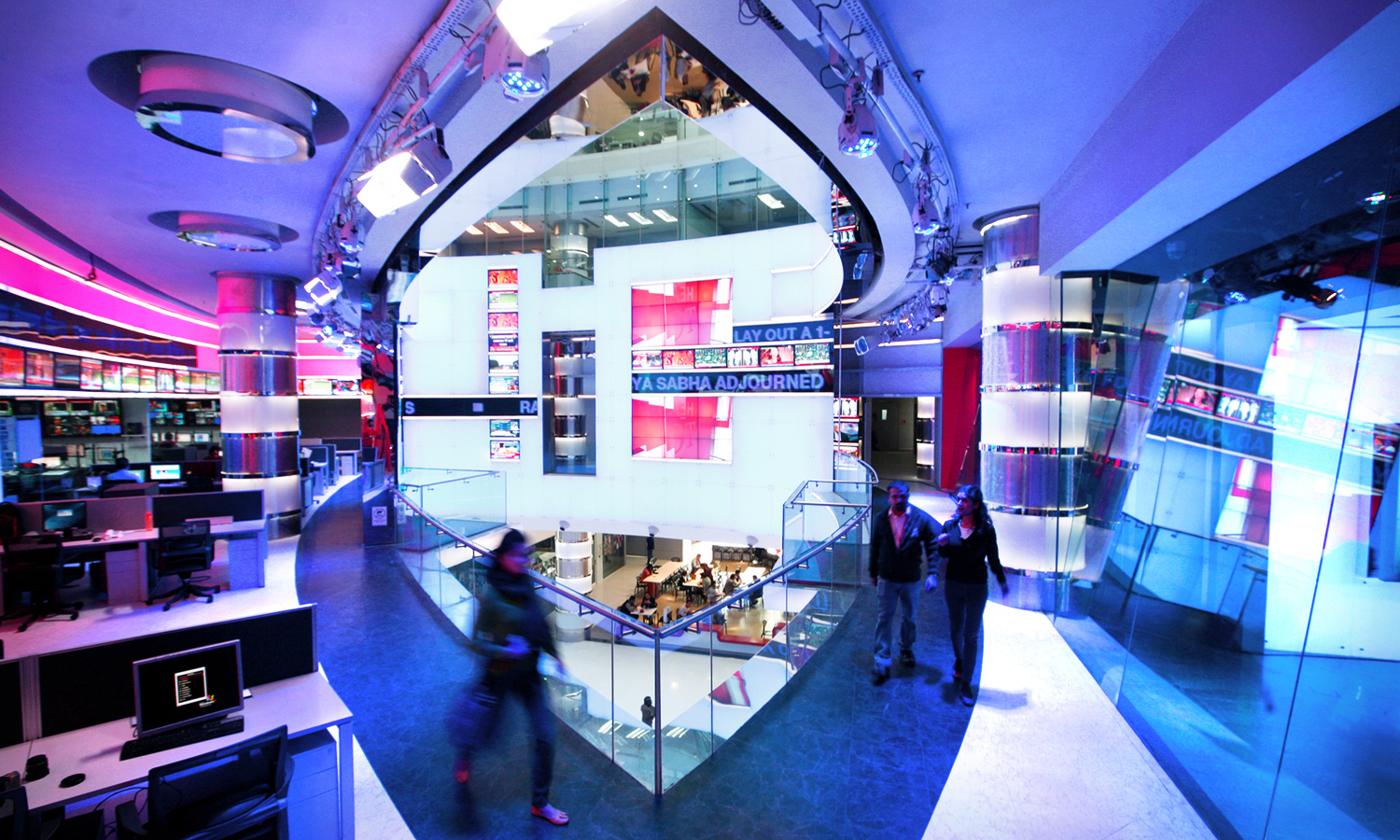 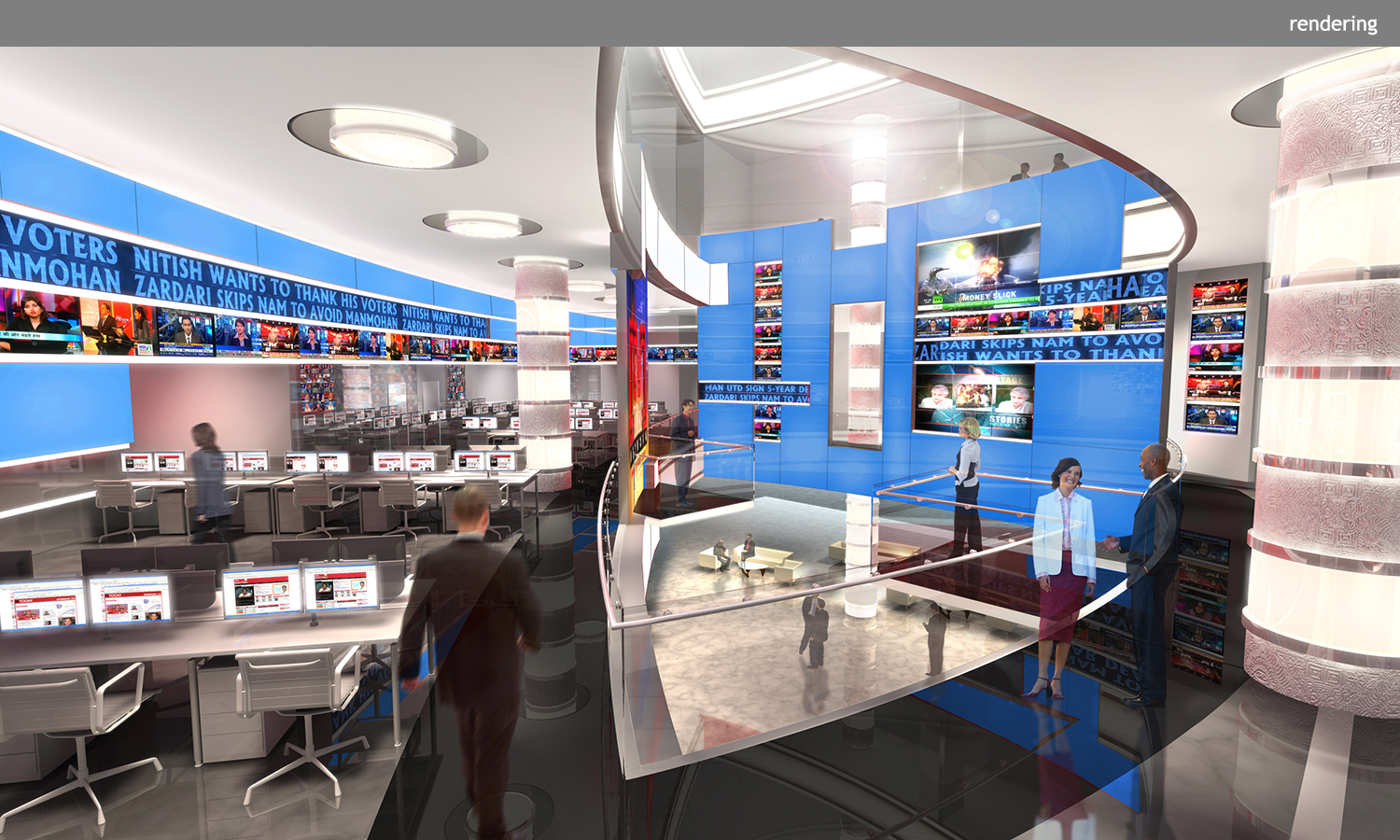 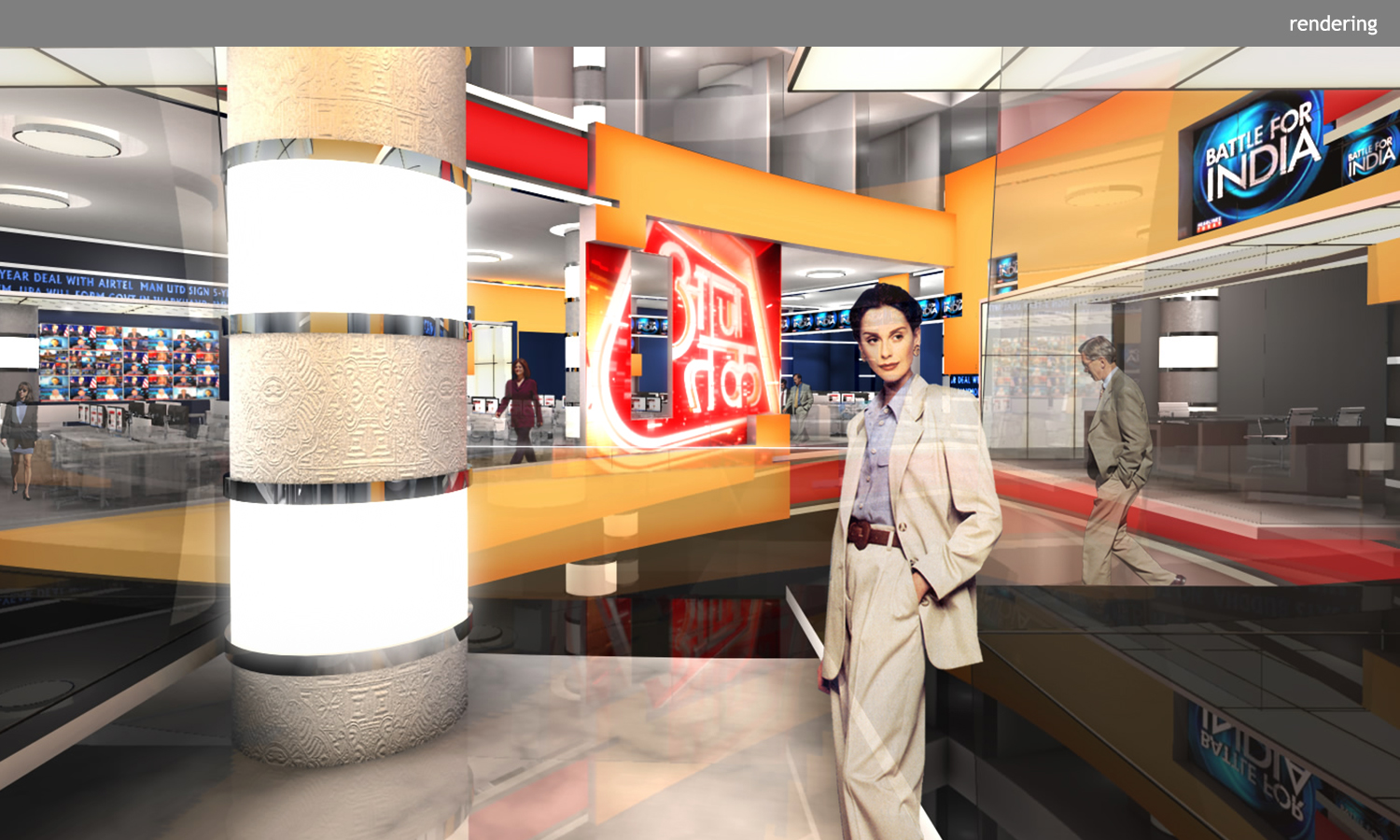 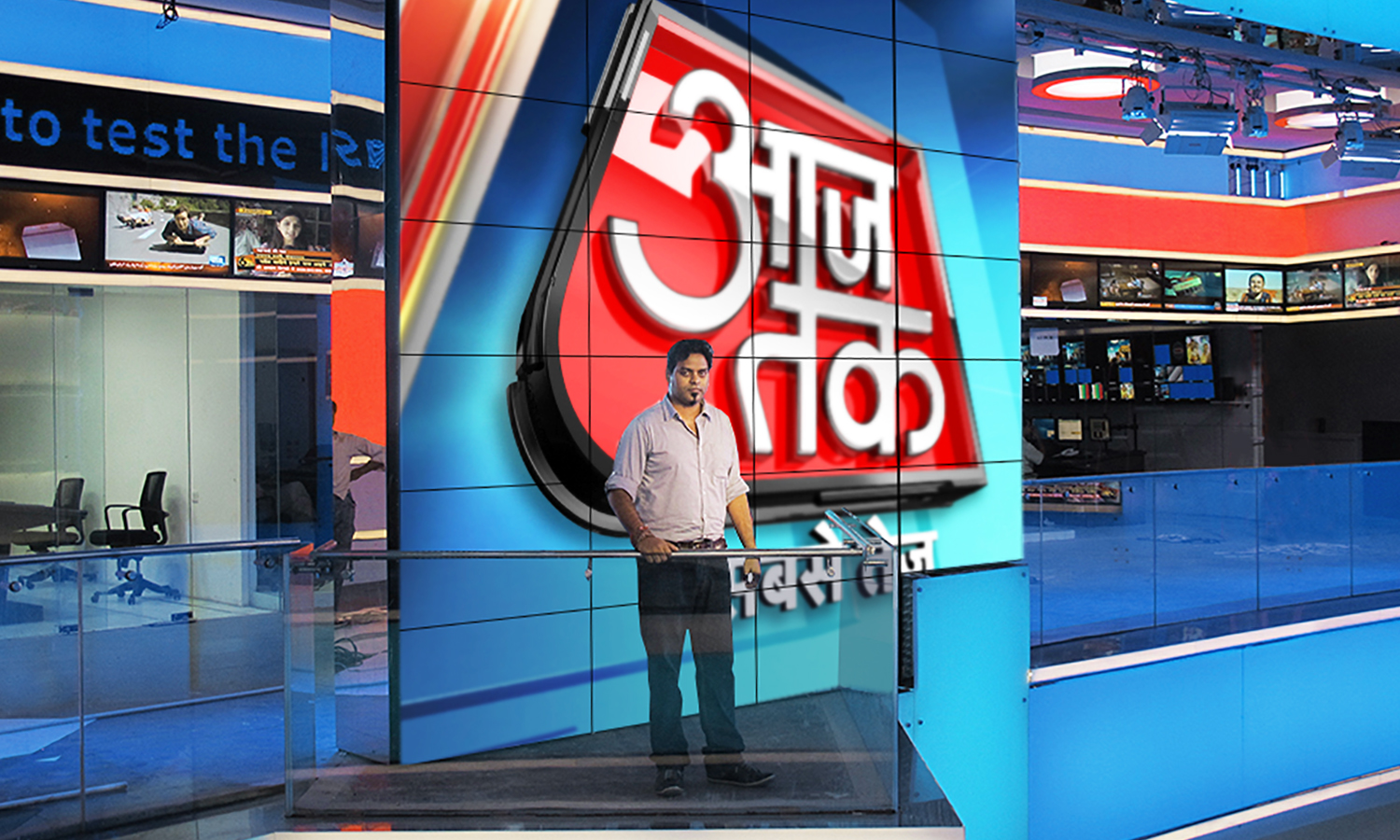 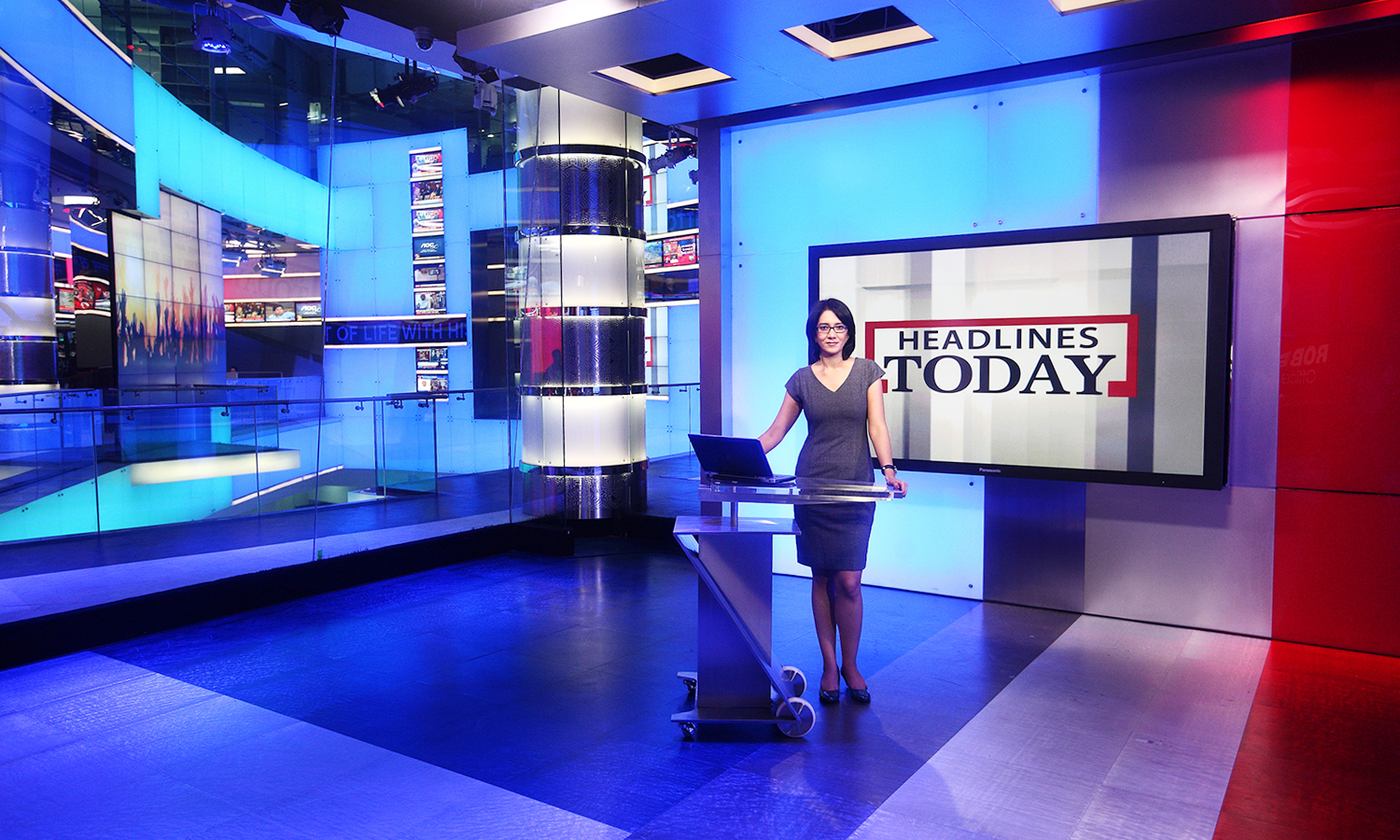 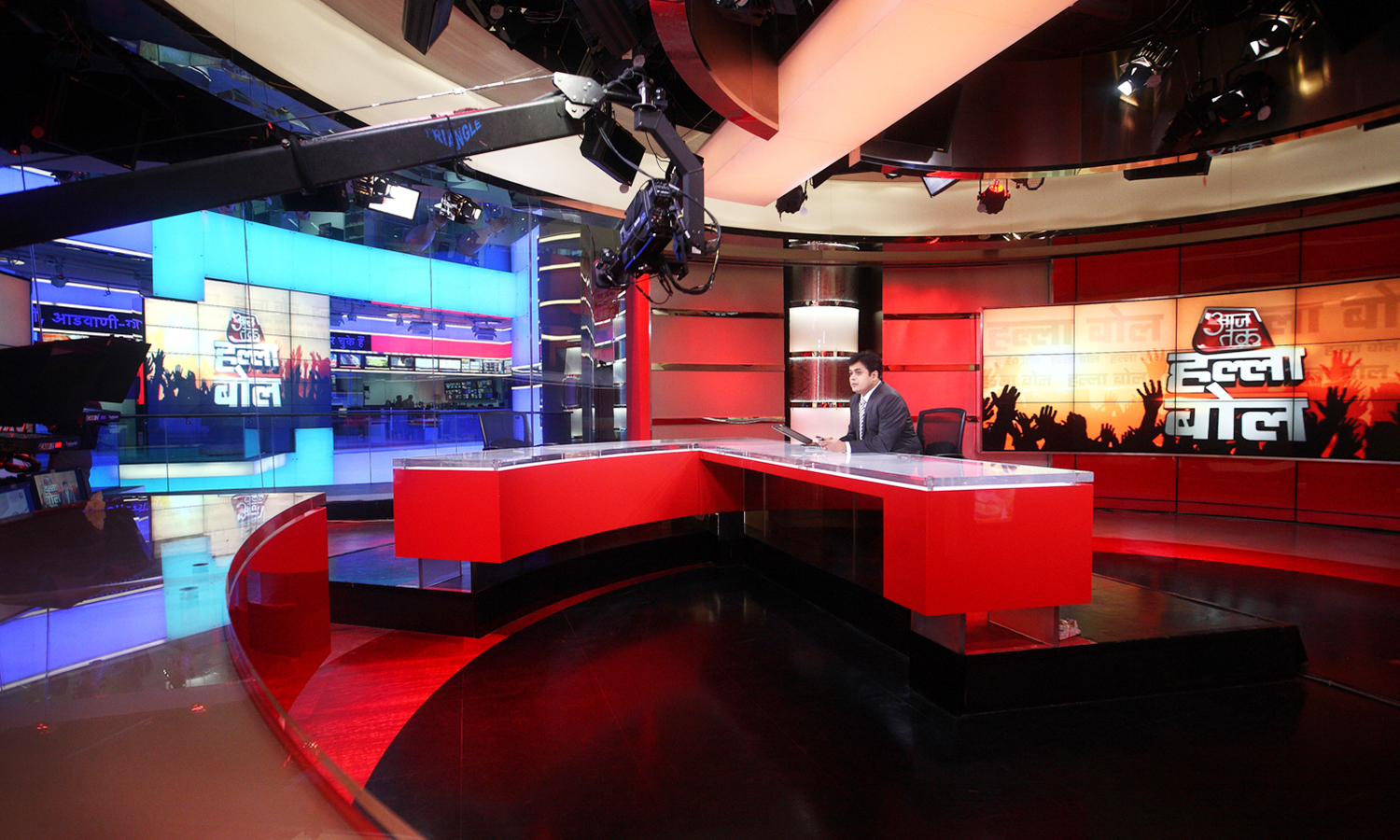 Perhaps the biggest draw to TV Today’s broadcast center — which features two studios adjacent to an editorial floor — is its impressive atrium space, or rather the periphery thereof.

The studios, housing Aaj Tak and Headlines Today, not only reference but also propagate the design of the atrium. Common media elements as well as an unmistakable visual link brand these spaces as an integral part of the broadcast center as a whole, and in turn characterize the editorial floor as a fundamental component to the broadcast itself. Ultimately, the atrium becomes the mechanism for reinforcing the symbiotic relationship between production and presentation at TVTN.