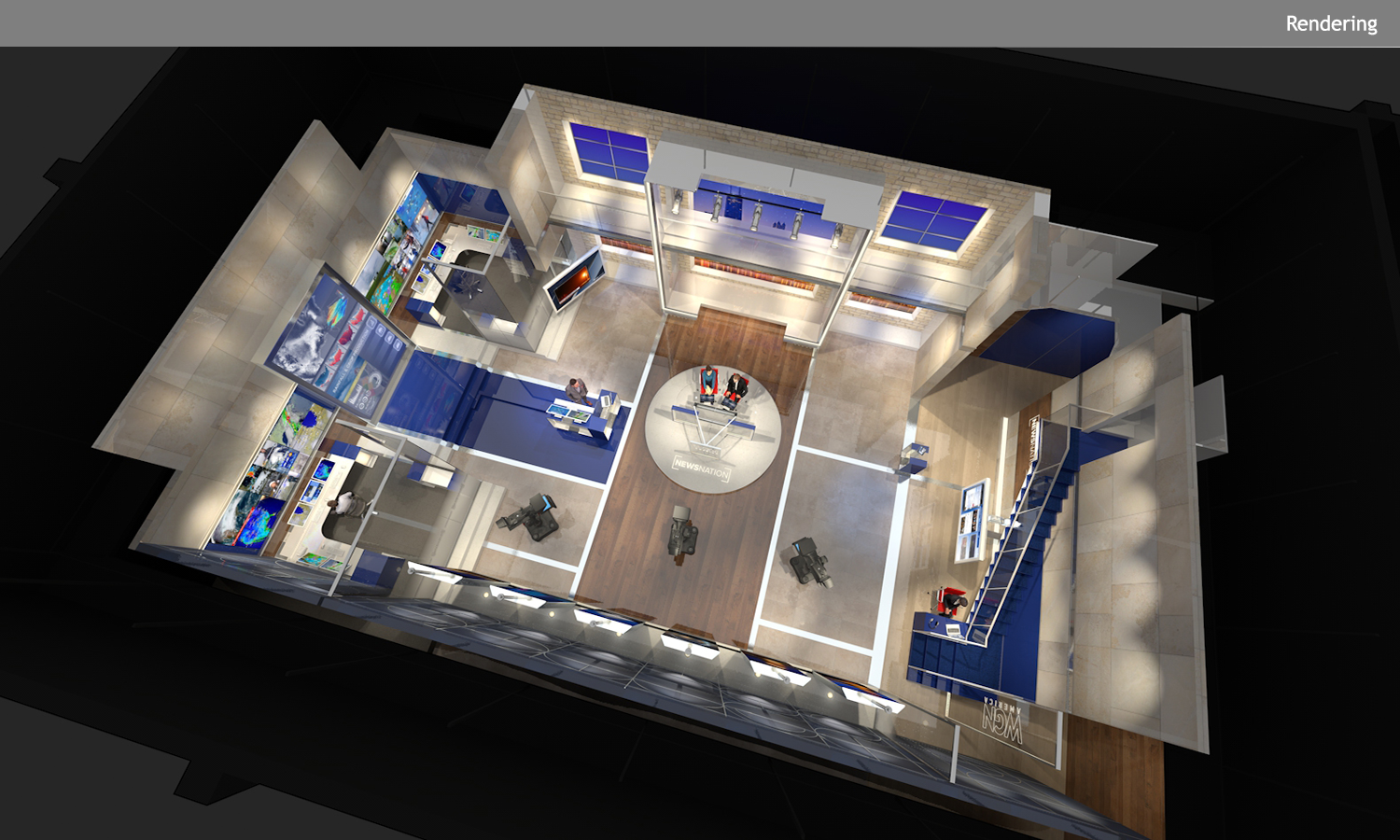 With the support of more than 150 local news bureaus embedded within communities across the country, [News Nation] debuted September 1st in prime-time to a national audience on WGN America. Broadcasting nightly from Chicago (yet supported by a fleet of editorial staff nationwide) the three hour newscast aims to be the first to deliver the news entirely free of editorial bias.

Clickspring contributed the scenic design of the studio, as well as a 12,000 square foot newsroom that features over 2,000 square feet of state of the art, open broadcast space.

The national coverage is organized by six geographic zones that draw stories from hundreds of local affiliates. The nightly broadcast features these individual stories woven together into a national broadcast that is careful to present both sides of the headlines.

The signature technology feature of the set is a bank of six tall, portrait LED displays that anchor the north end of the space. Equipped with the ability to both pivot and track horizontally, the units can showcase individual news stories or combine to create large super-graphics that span the length of the studio. With a precise, quiet, and automated system, these displays’ movements often become a dramatic part of the show blocking, itself.

The minimal main anchor desk rotates to multiple positions in the studio, and also utilizes adjustable modesty panels to either shrink or expand, supporting two to six talent positions despite its compact size. The technology-packed weather center is complete with myriad satellite-staging options that employ mobile podiums and touchscreen displays, while an area dedicated to breaking news occupies the other end of the studio.

Other design gestures in the studio include references to the signature brackets represented in the [News Nation] logo designed by branding partner Troika. Also, the show’s home base in the Midwest inspired the inclusion of abstract, circular forms, a nod to agricultural irrigation patterns as seen from above, a familiar hallmark of the nation’s heartland.