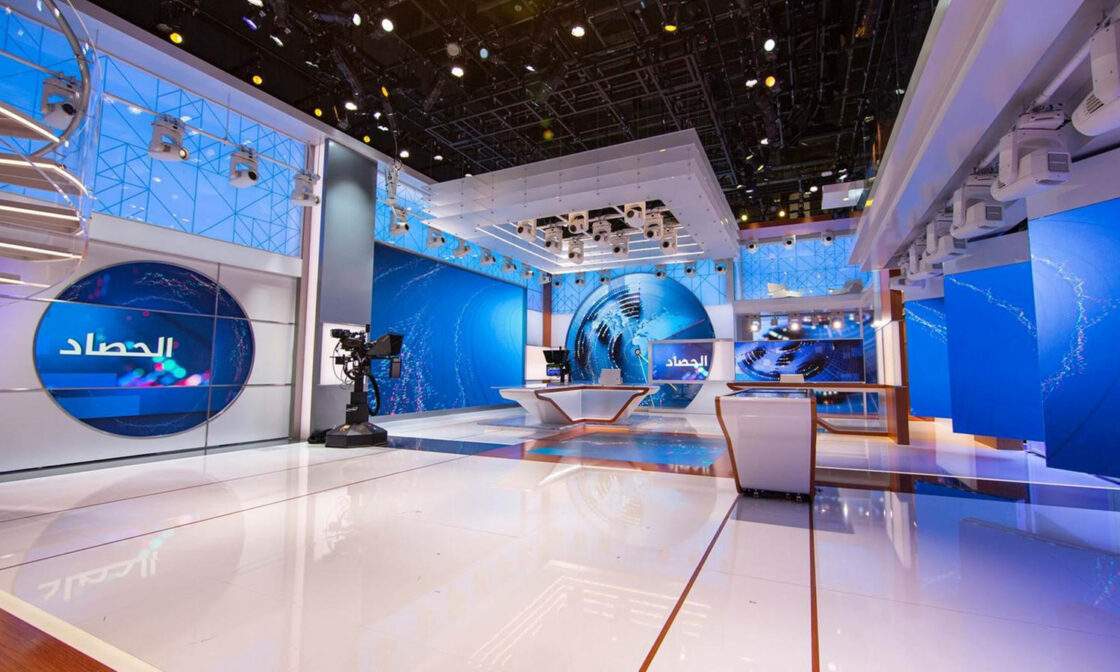 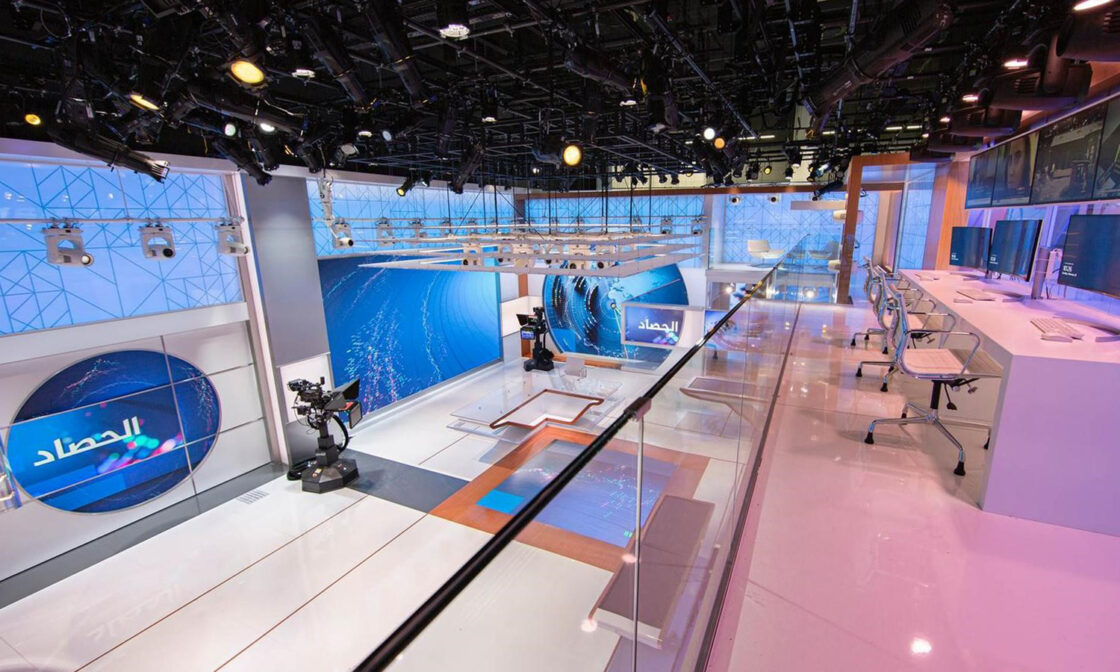 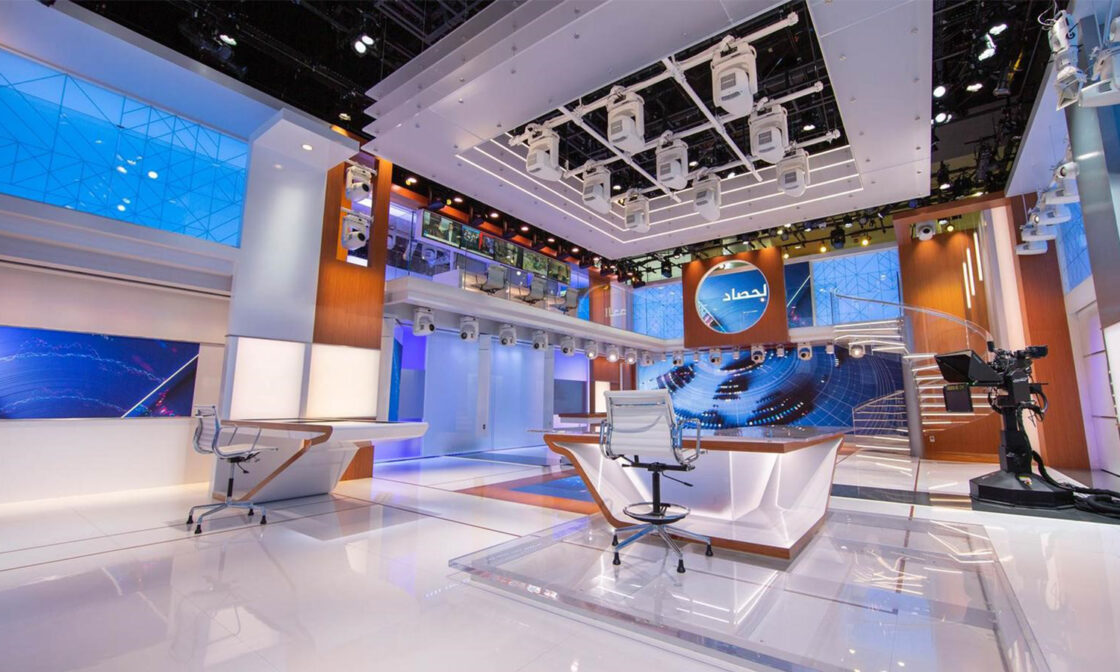 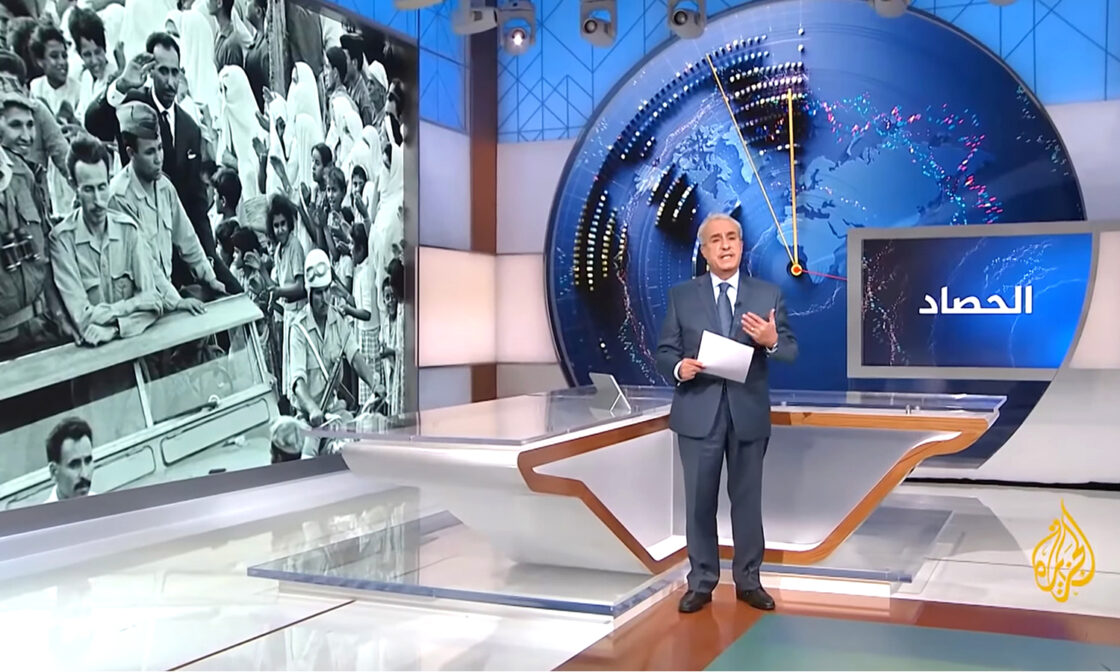 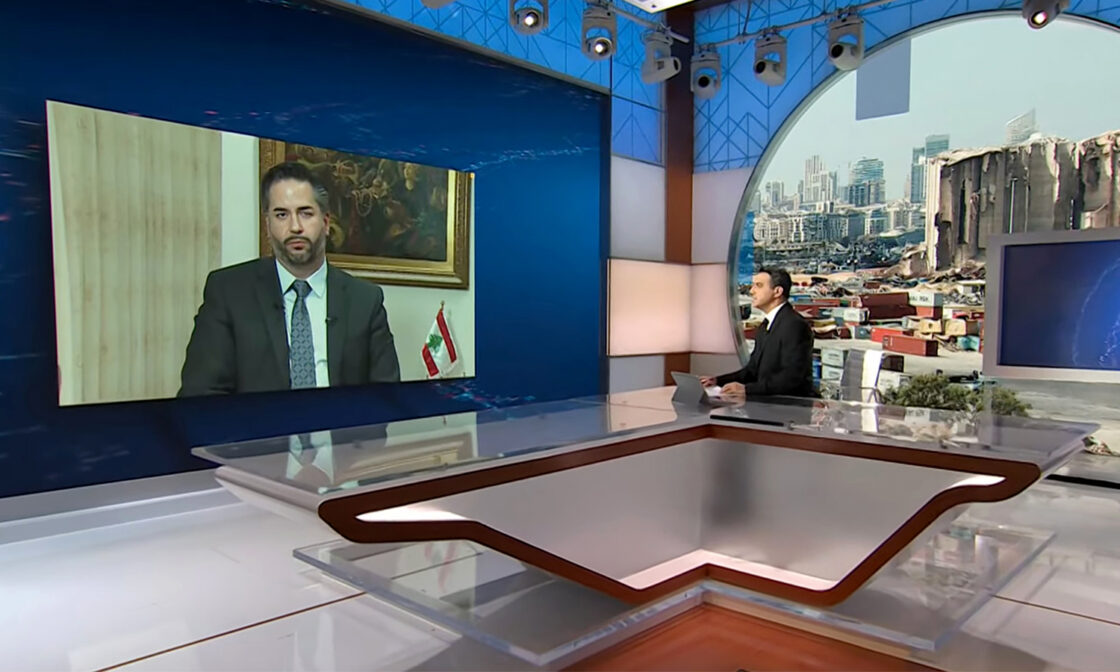 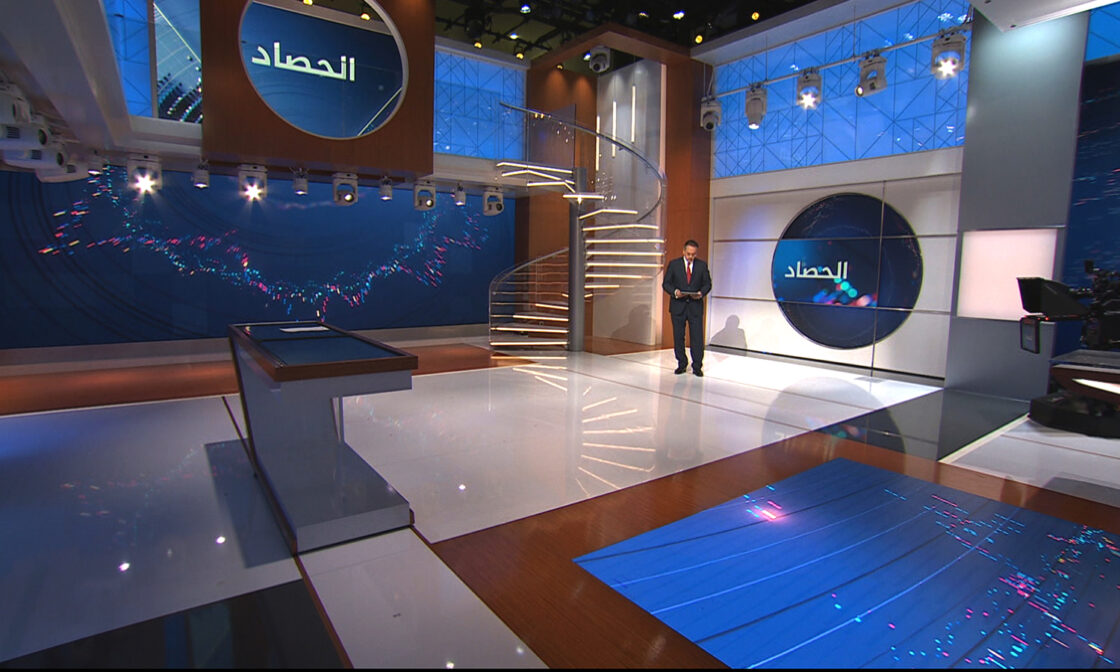 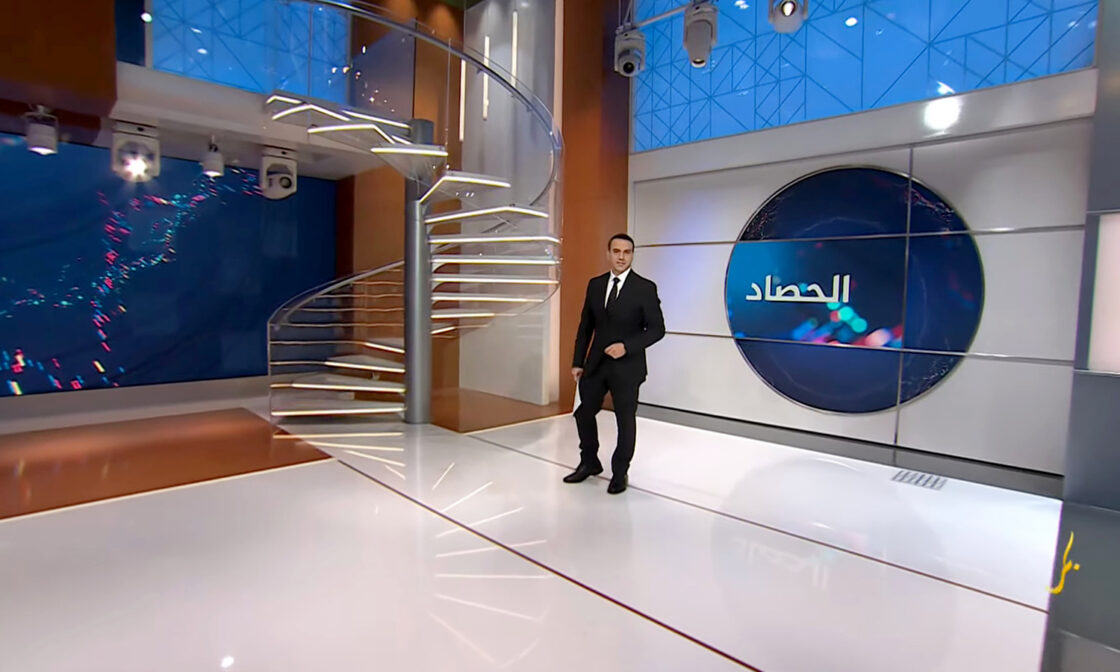 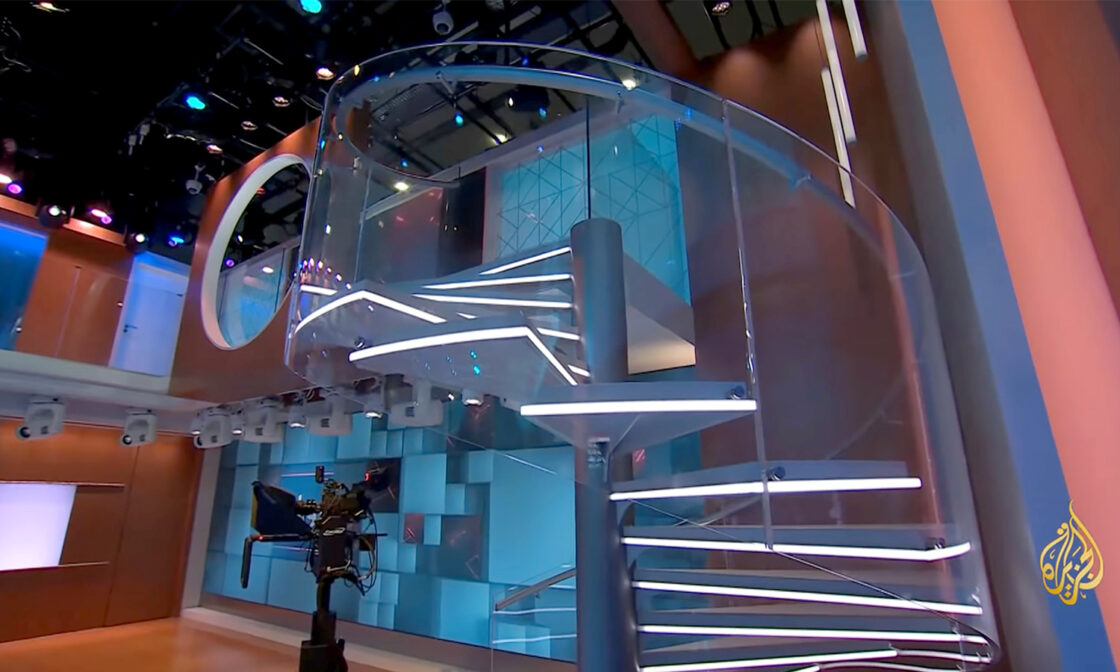 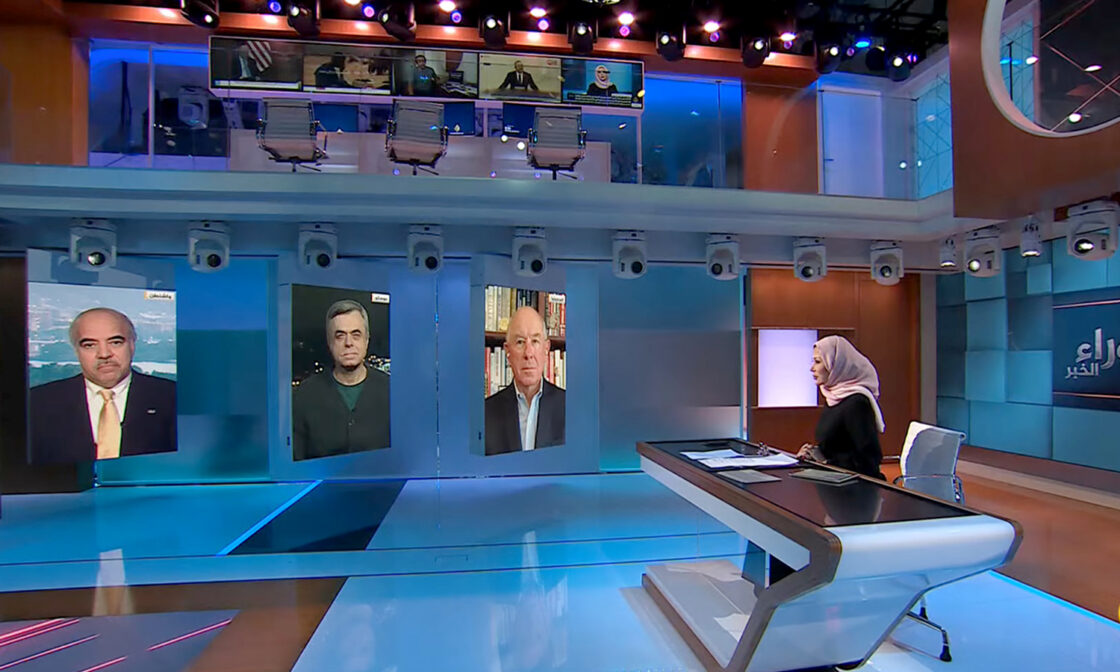 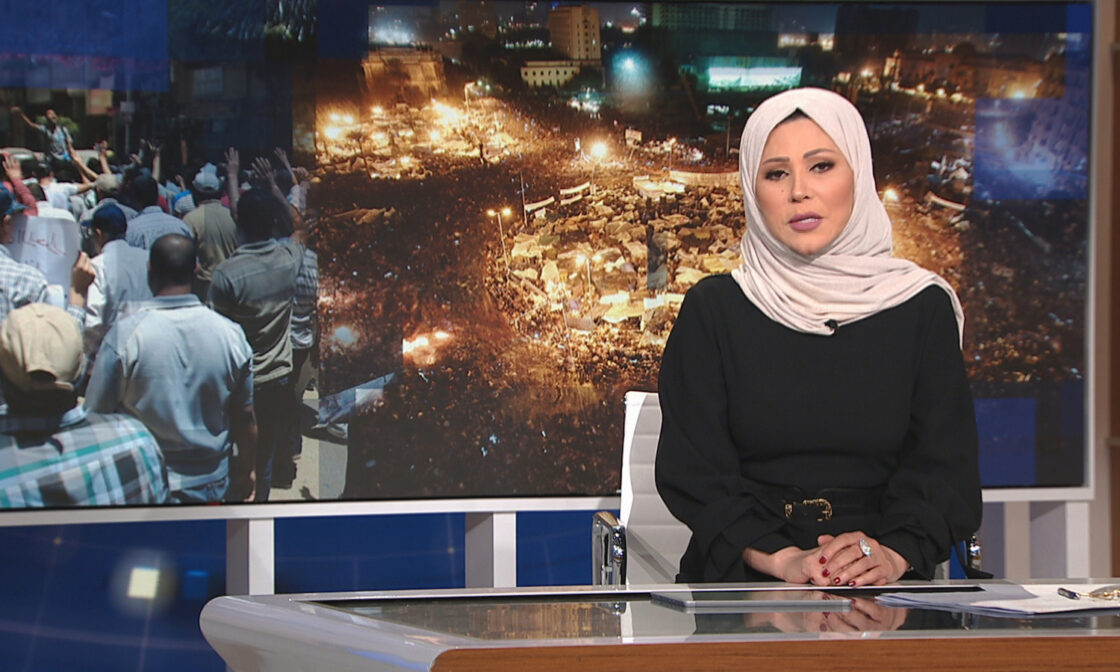 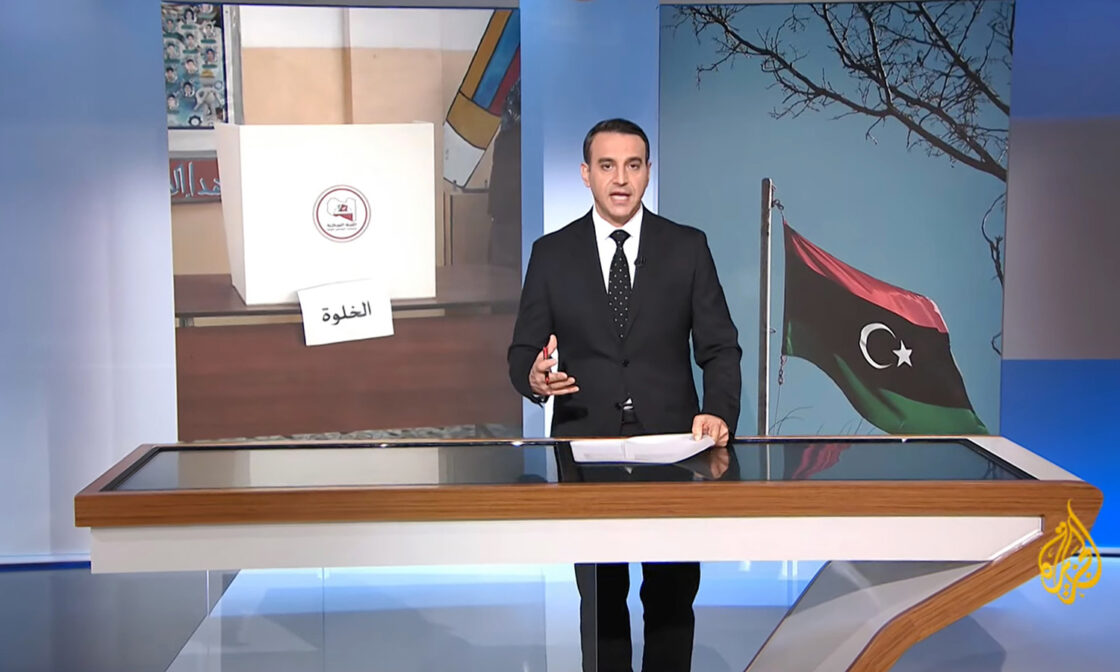 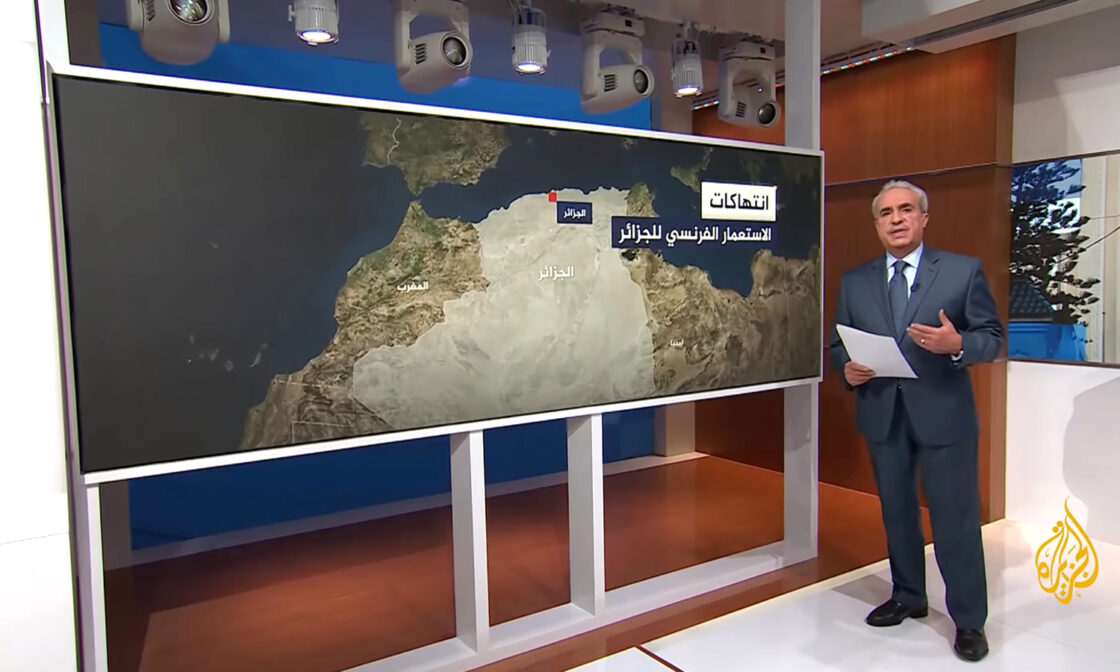 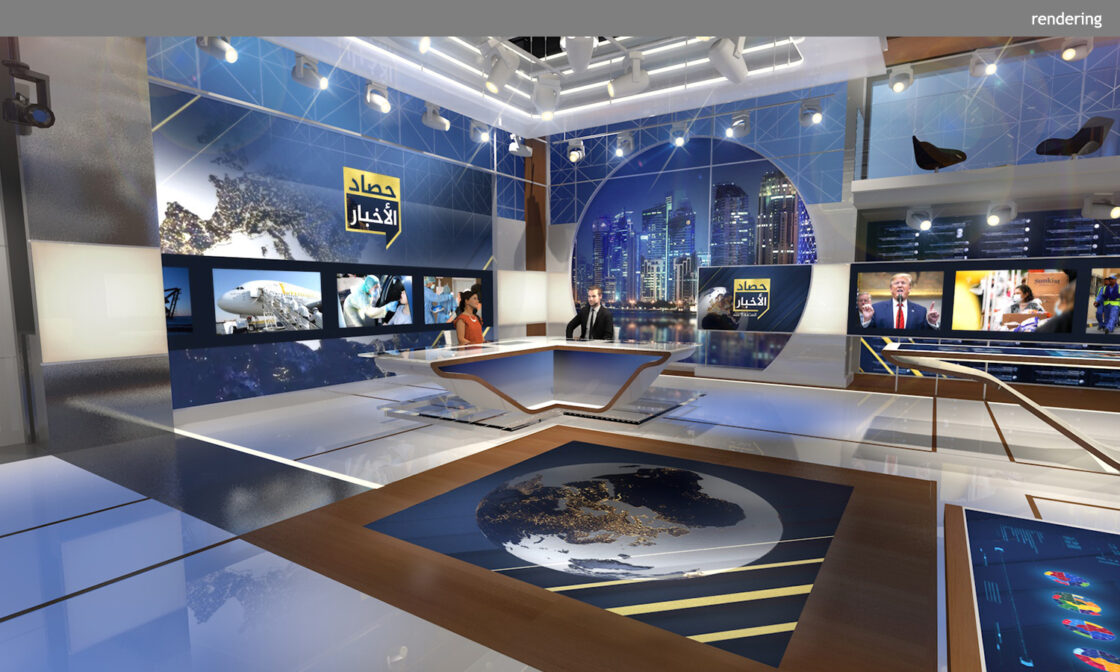 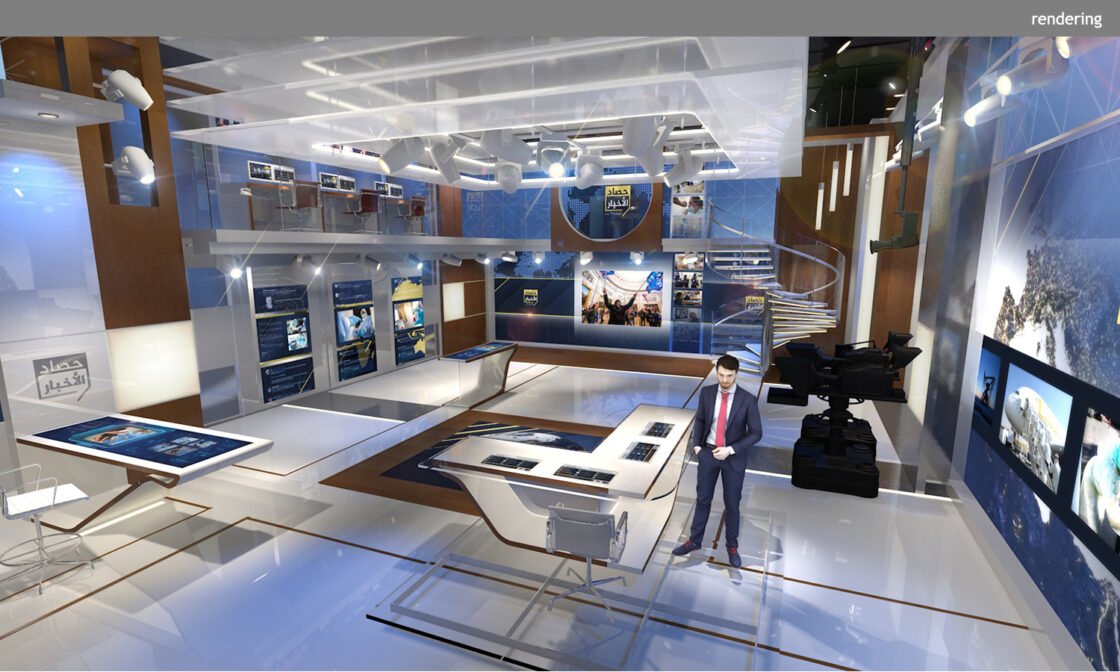 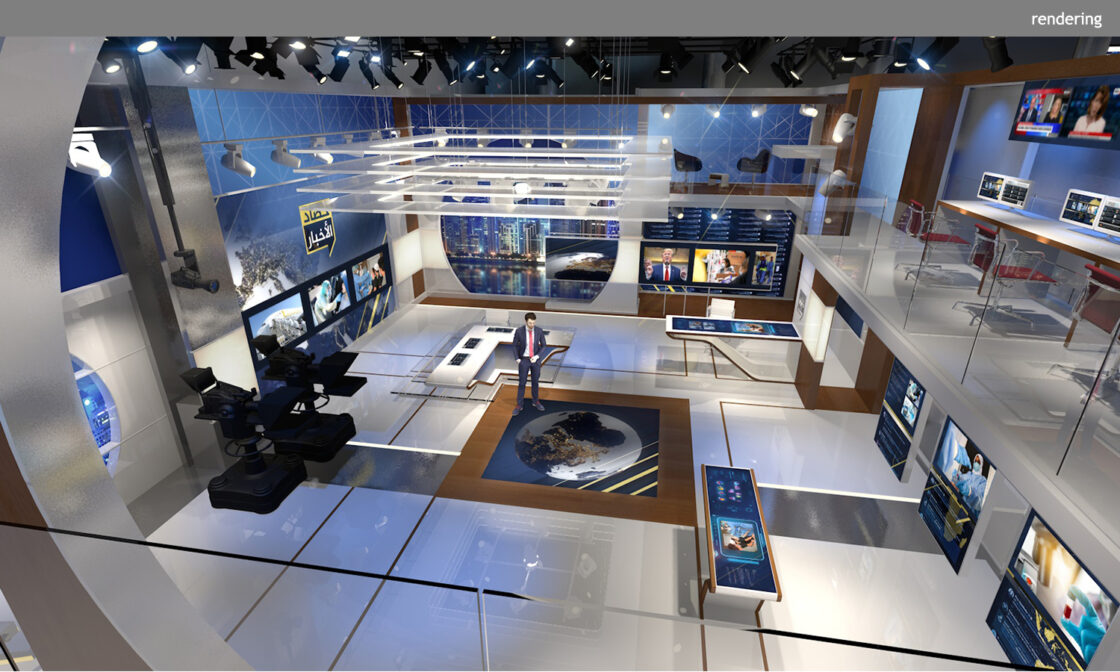 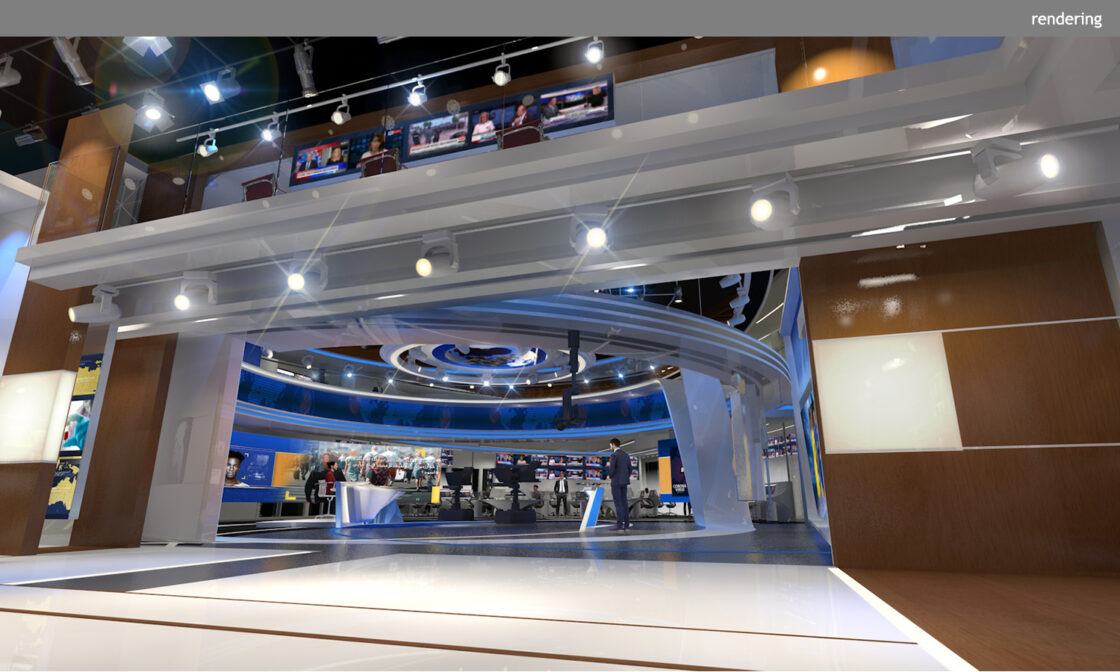 One of two main studios was designed for Al Jazeera’s nightly newscast, Al Hassad. Its aesthetic is an intentional departure from the sweeping white curvilinear forms of its neighboring studio, instead focusing on a more intimate, warm, and residential look-and-feel.

The studio is also double height, connected by a dramatic spiral stair to an upper mezzanine and illuminated by integrated LED strips within the treads. A robust edge-lit chandelier is suspended over the main anchor position, which also incorporates an integrated LED floor.

The two main studios are separated by a segmented tracking partition that can be fully opened to unite the spaces for specialty broadcasts. While aesthetically disparate, the two environments were designed to play as one, continuous space when required. This flexibility is achieved through the use of the tracking cameras, LED light fixtures, and highly dynamic, integrated LED screens.