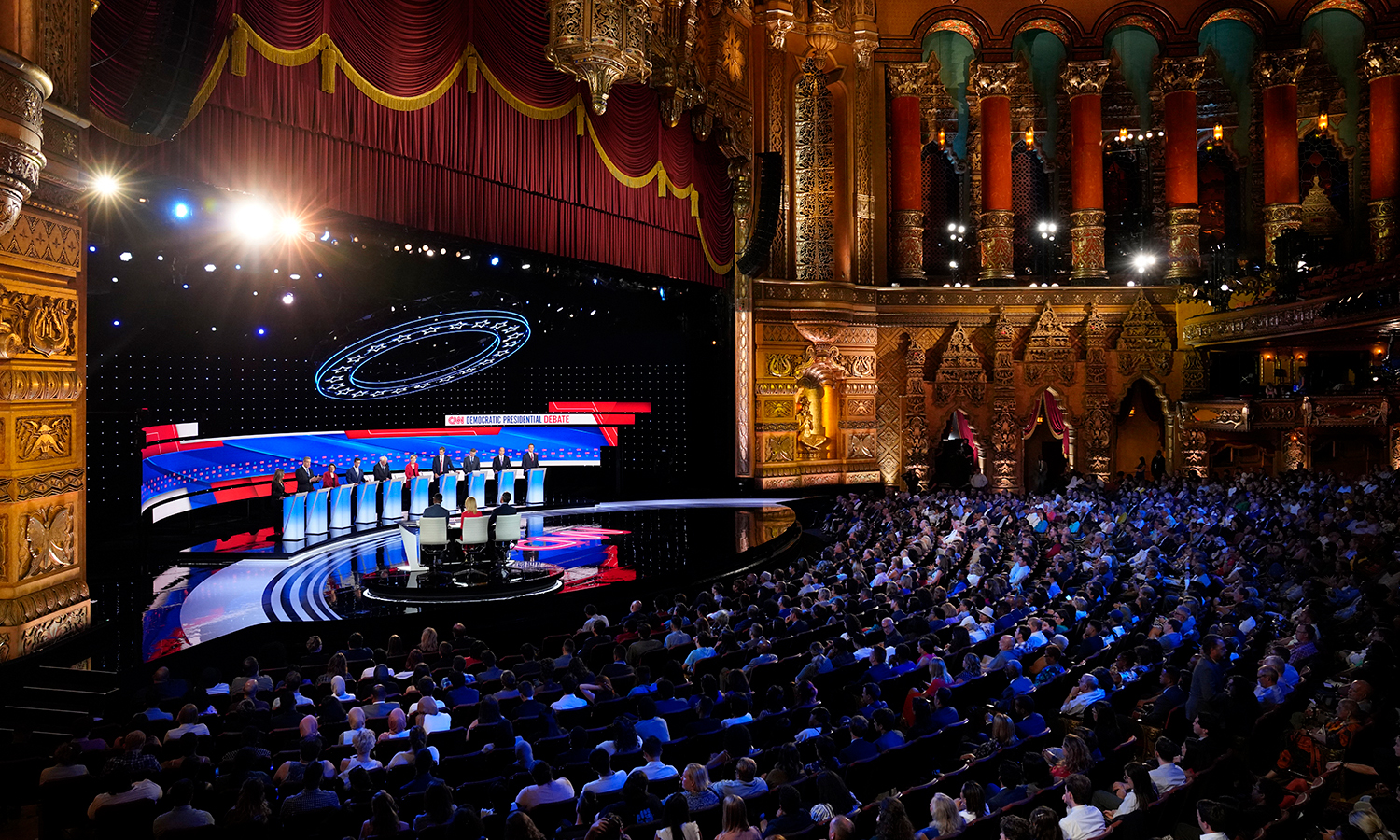 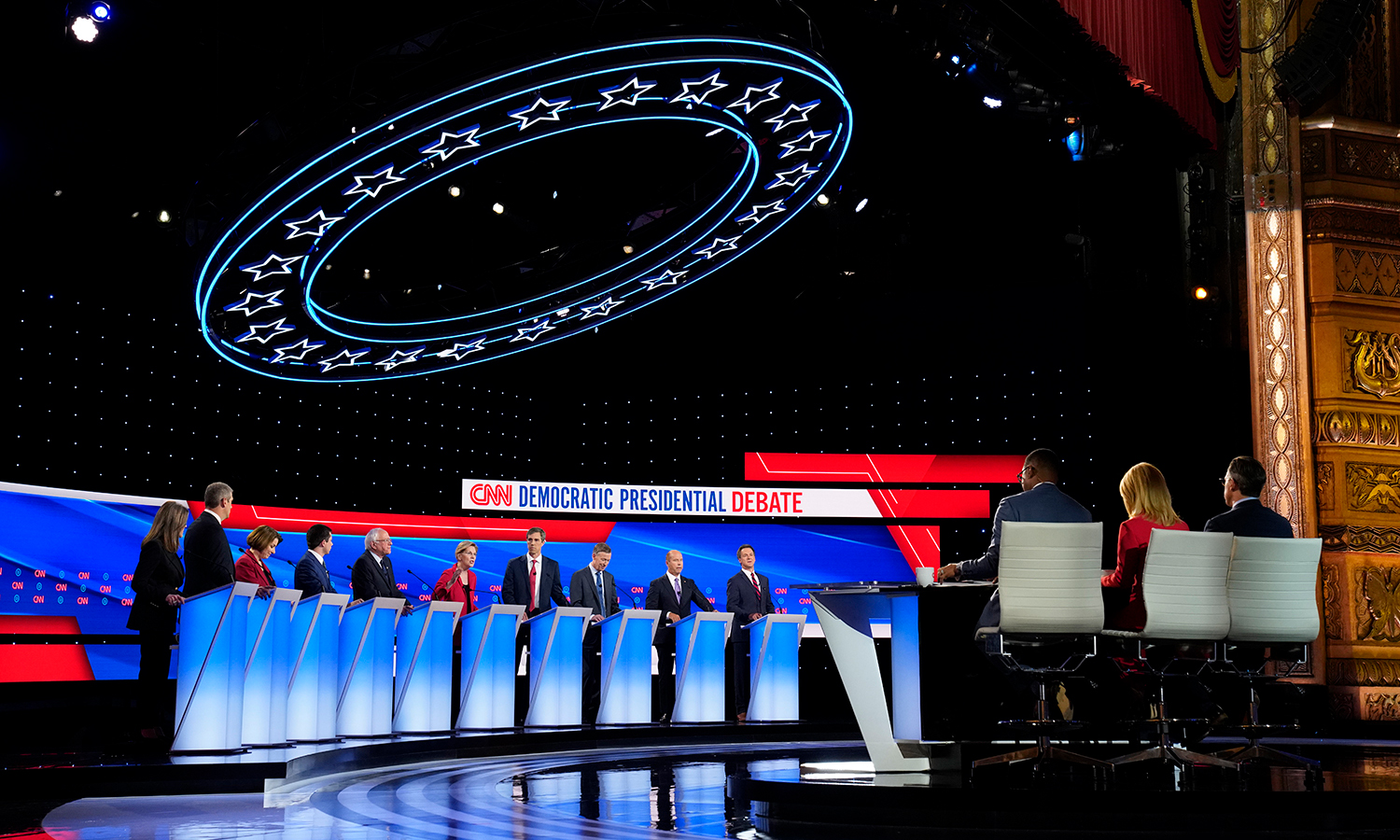 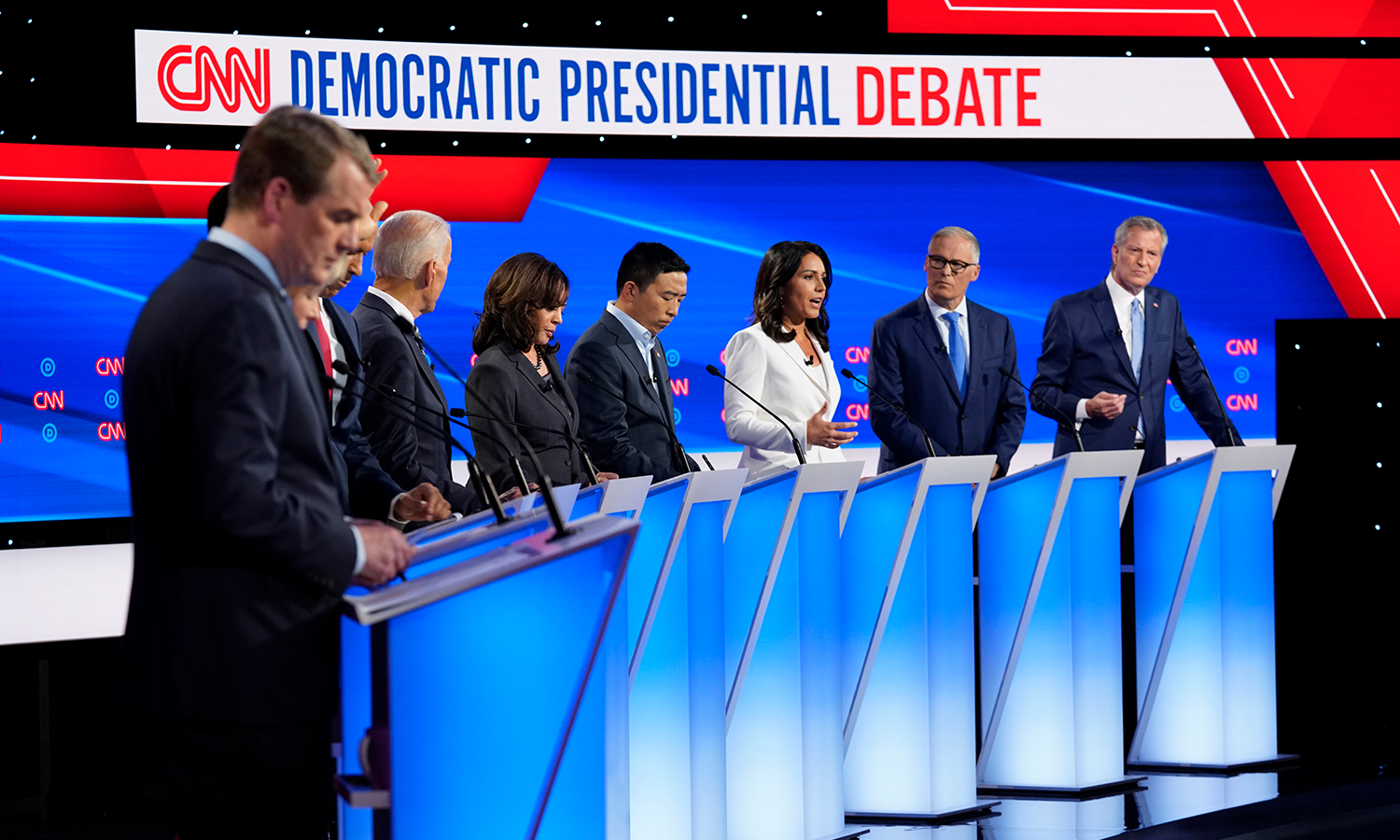 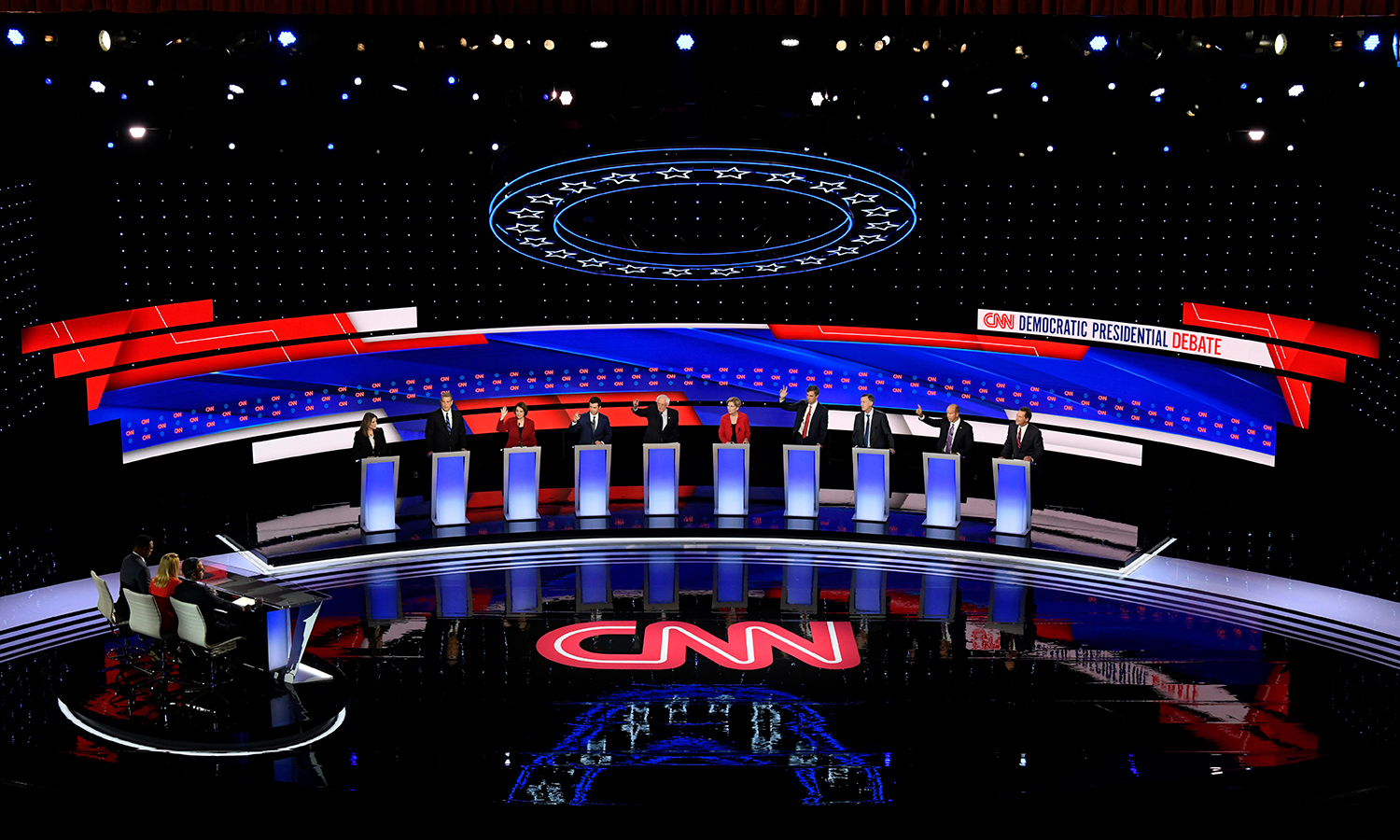 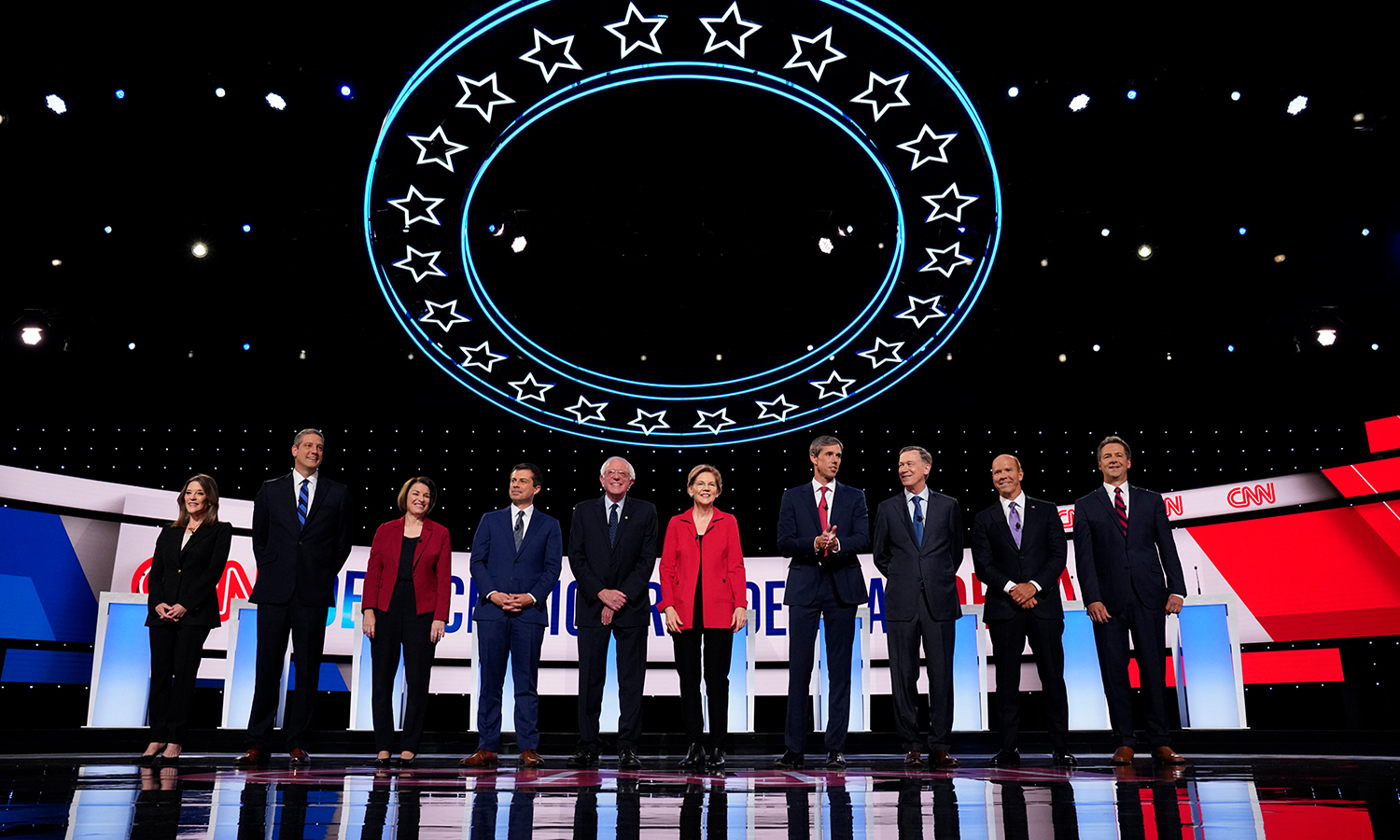 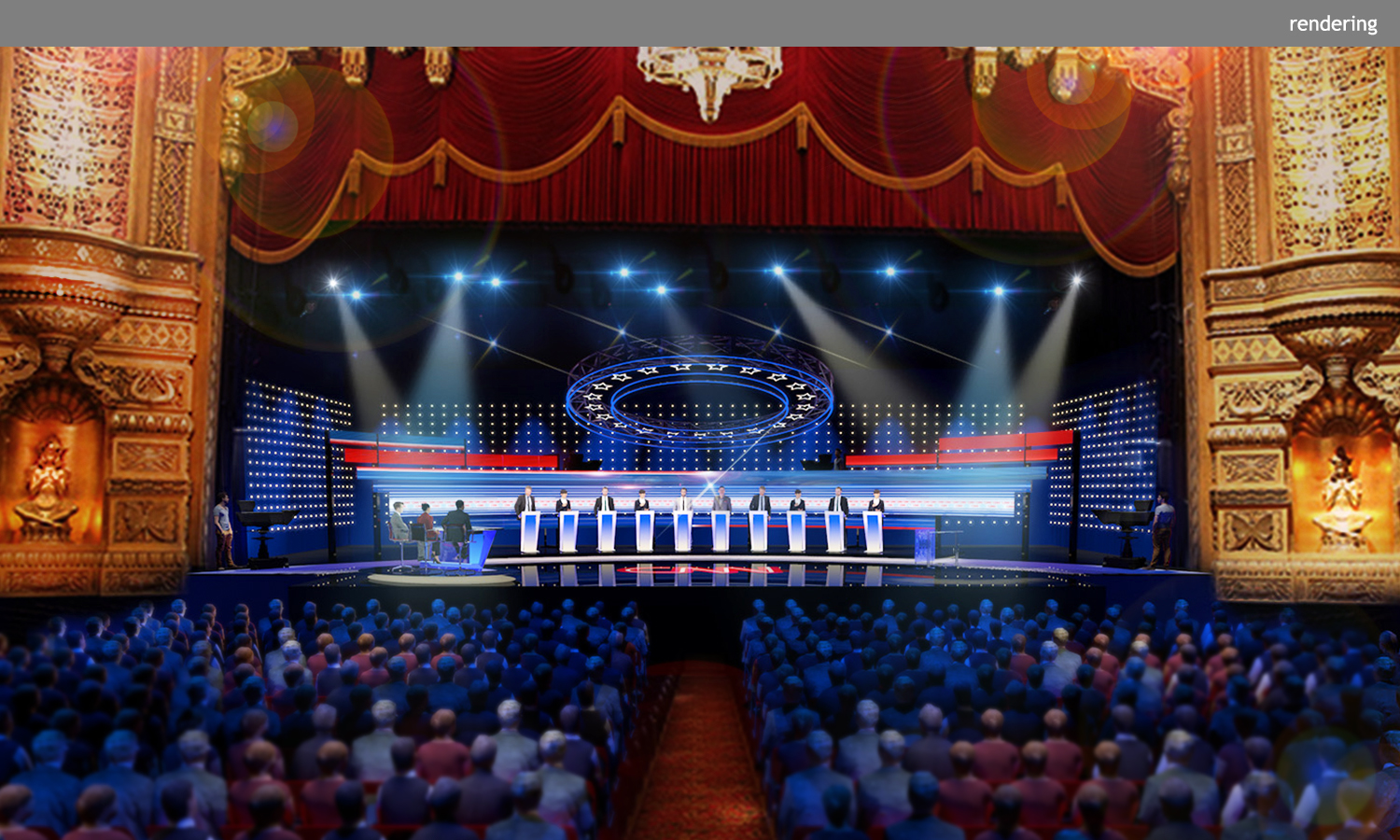 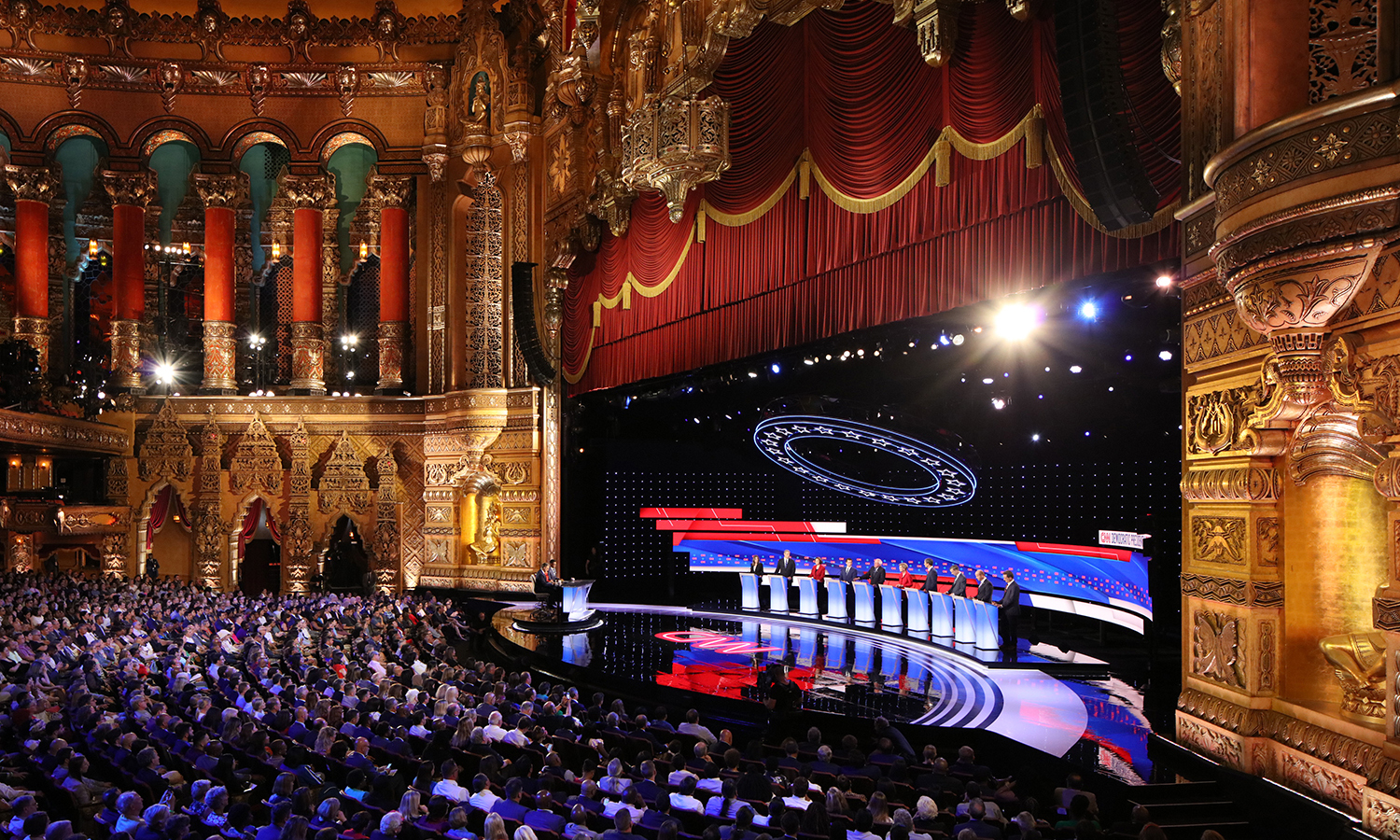 The second round of the Democratic primary debates is in the books.

Hosted by CNN in Detroit, Michigan, Clickspring’s scenic design featured an expansive LED backdrop, a circular space-frame truss illuminated with stars and suspended above the stage at an angle, and restrained, minimal podiums illuminated with a frosted, light box gradient.

The scenery was designed to be modular to allow the large arced LED backdrop to adjust its radius to accommodate smaller venues and fewer candidates over the duration of the primary season.