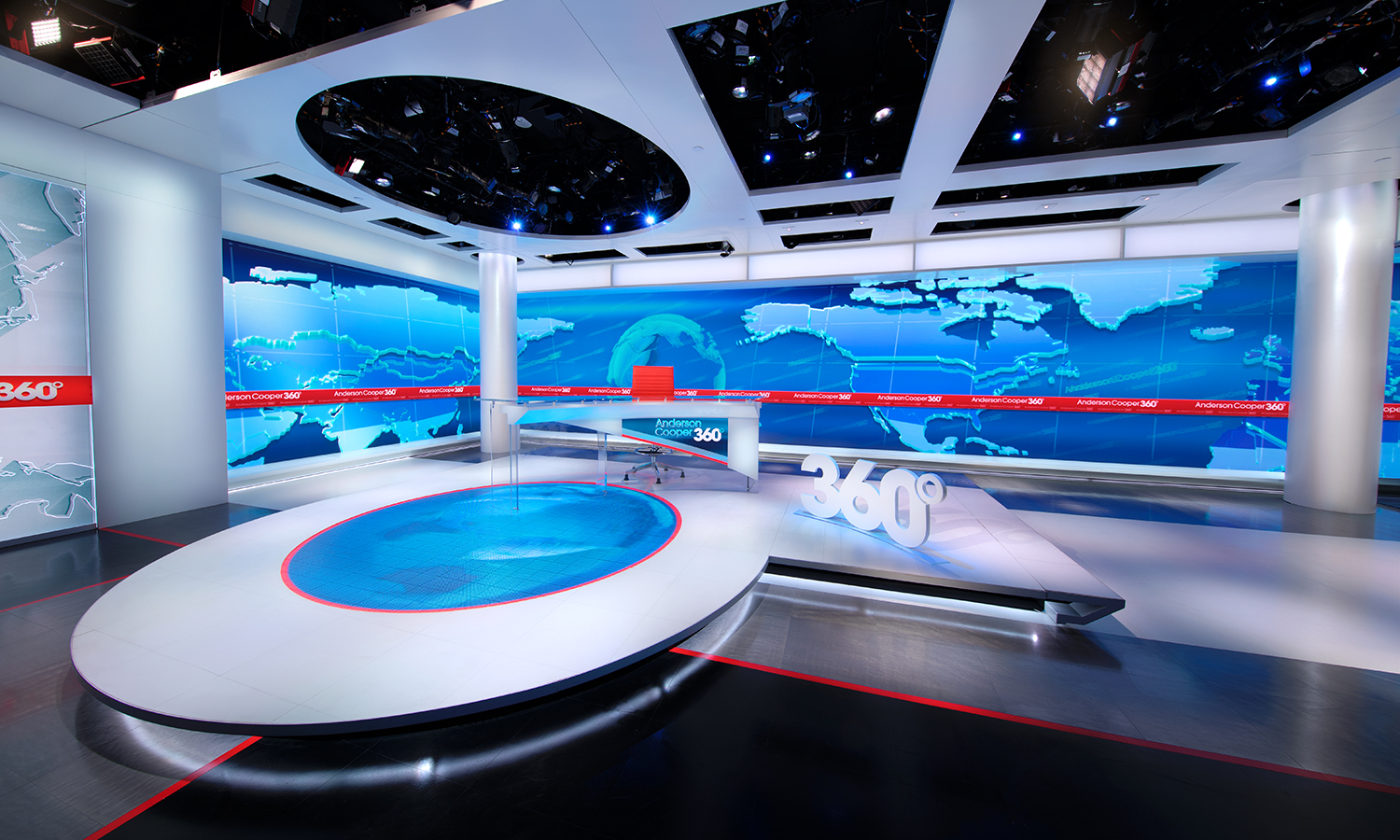 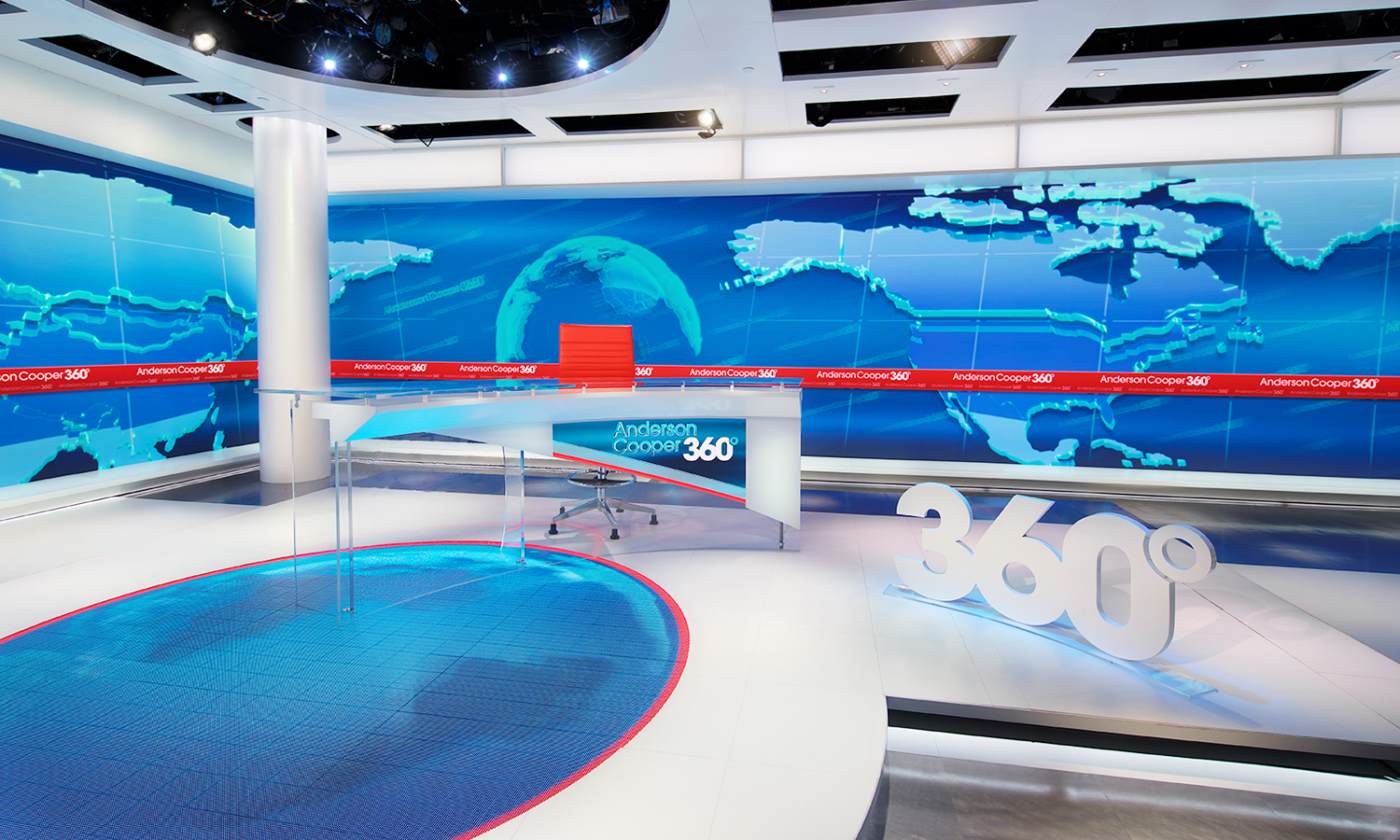 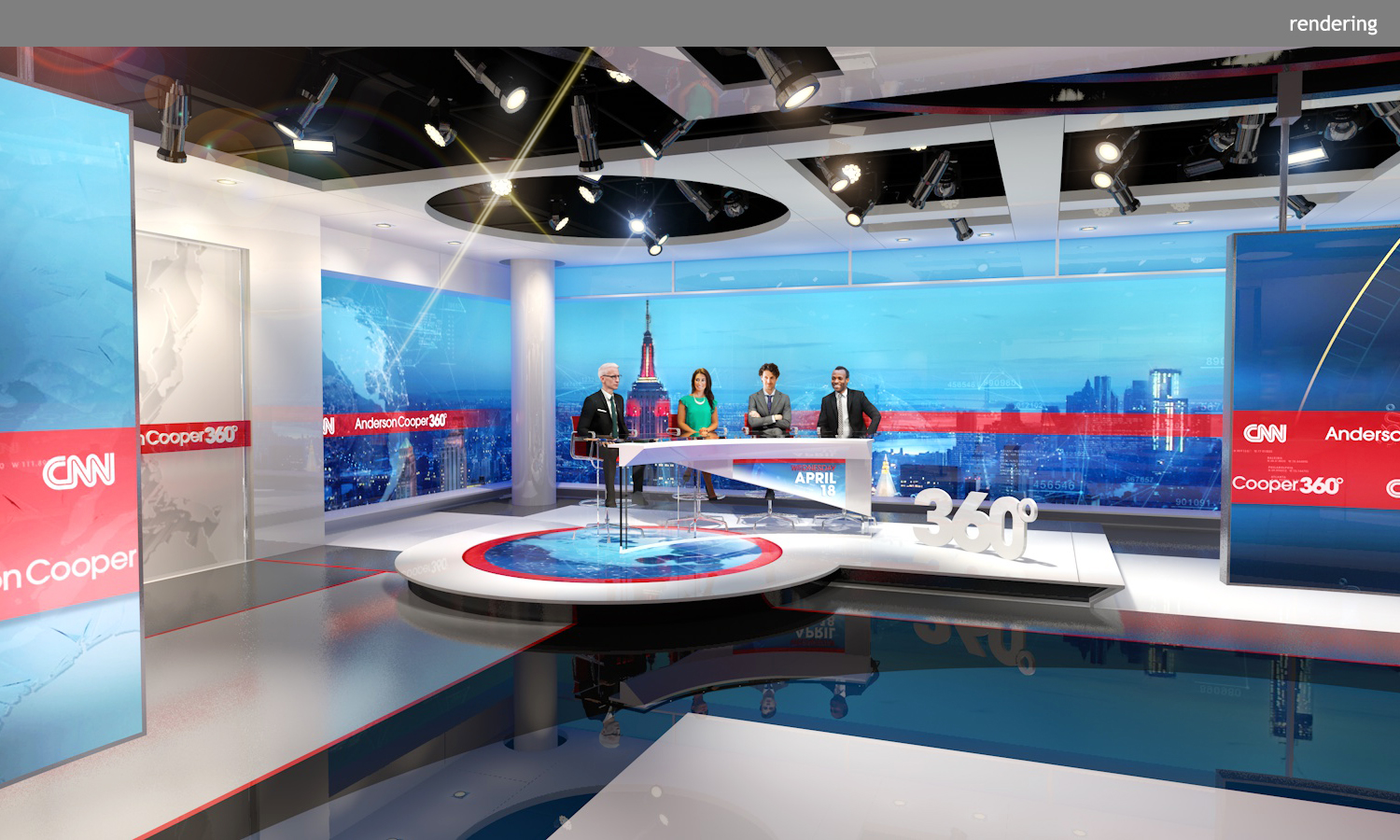 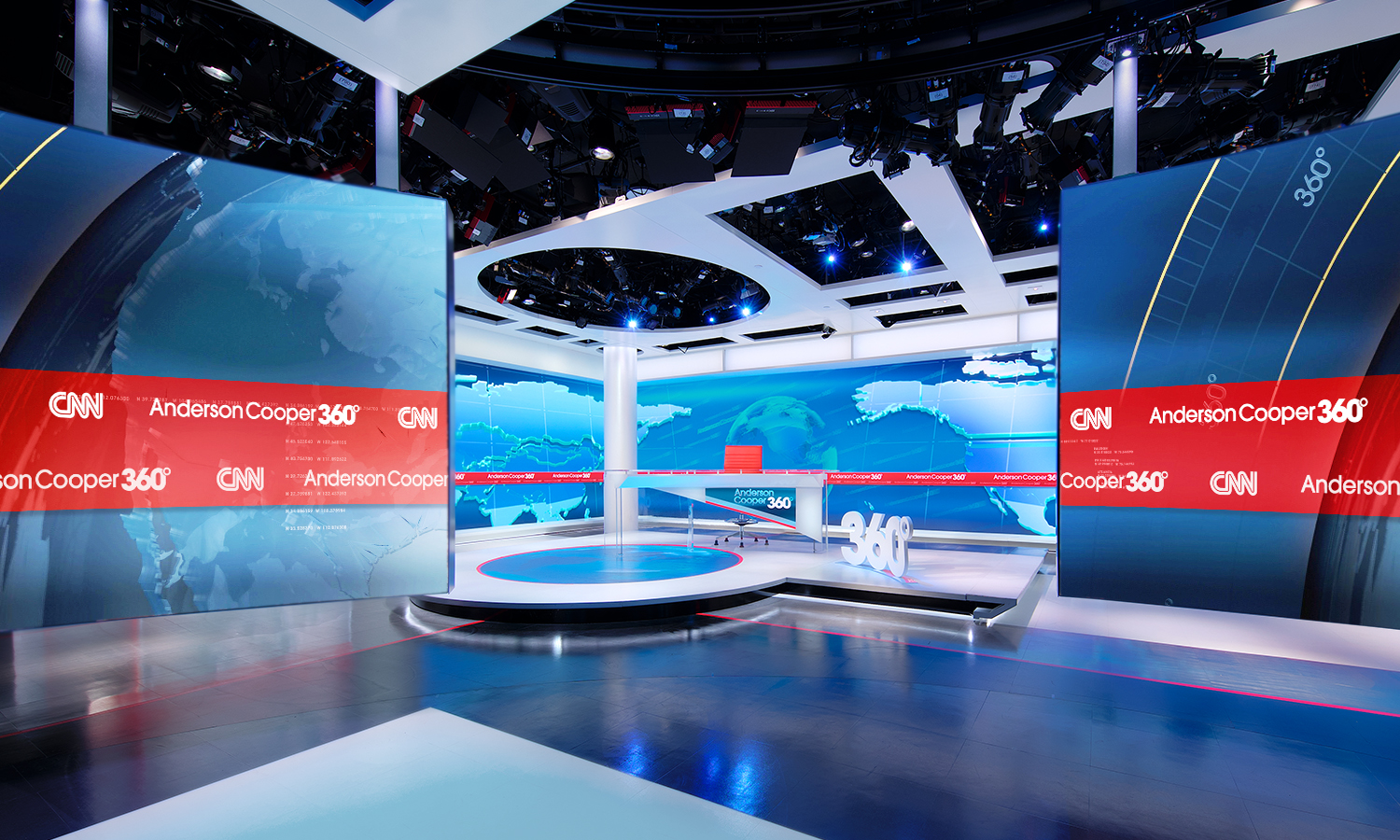 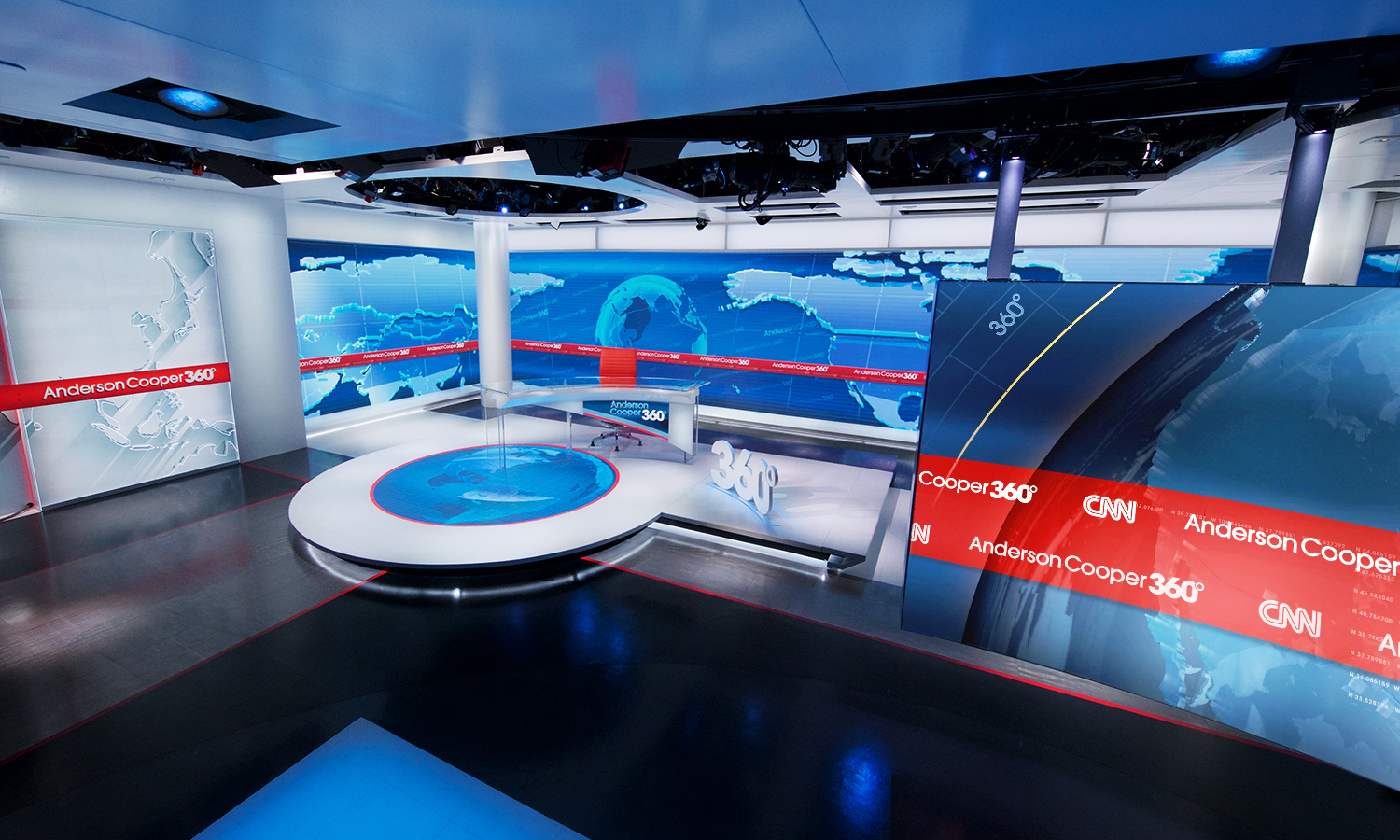 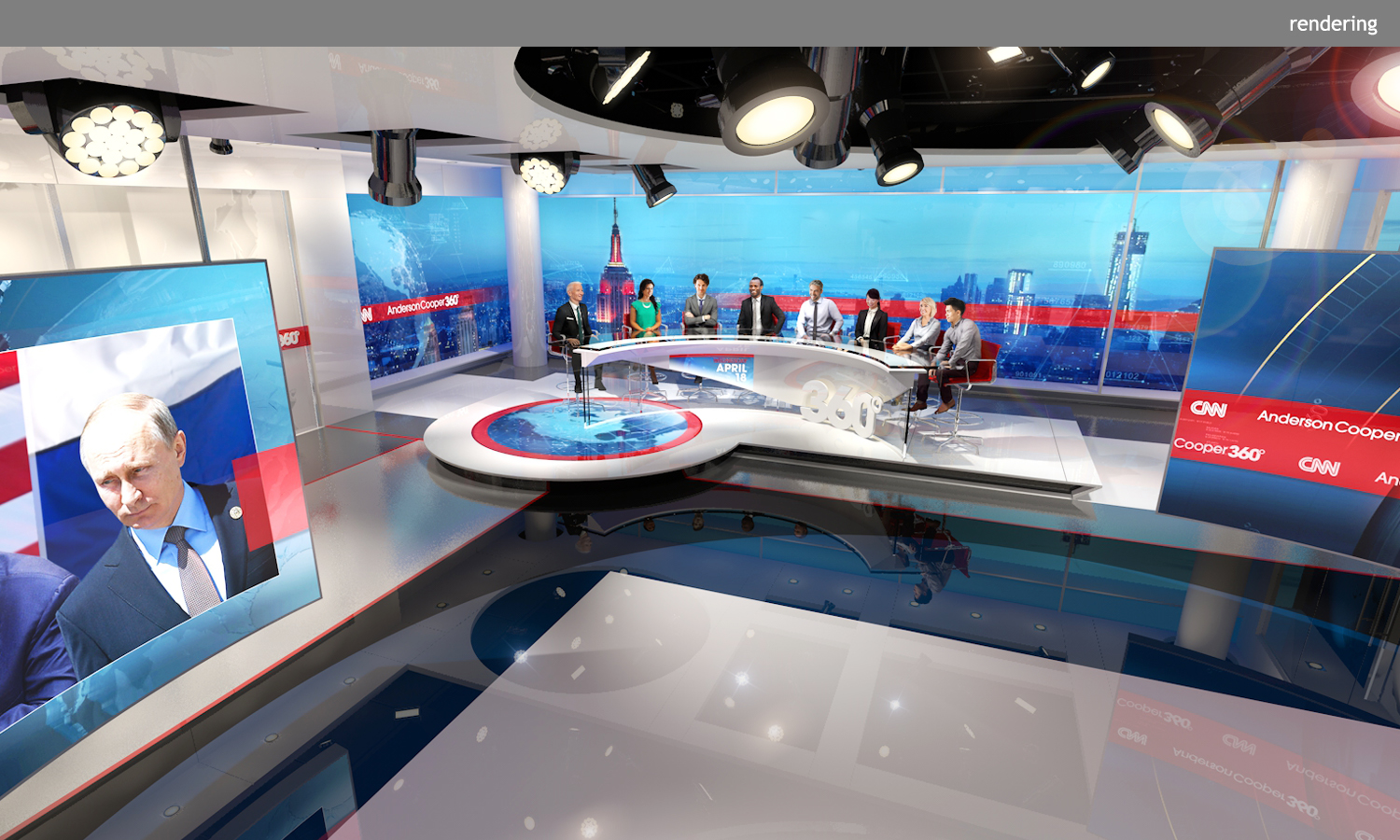 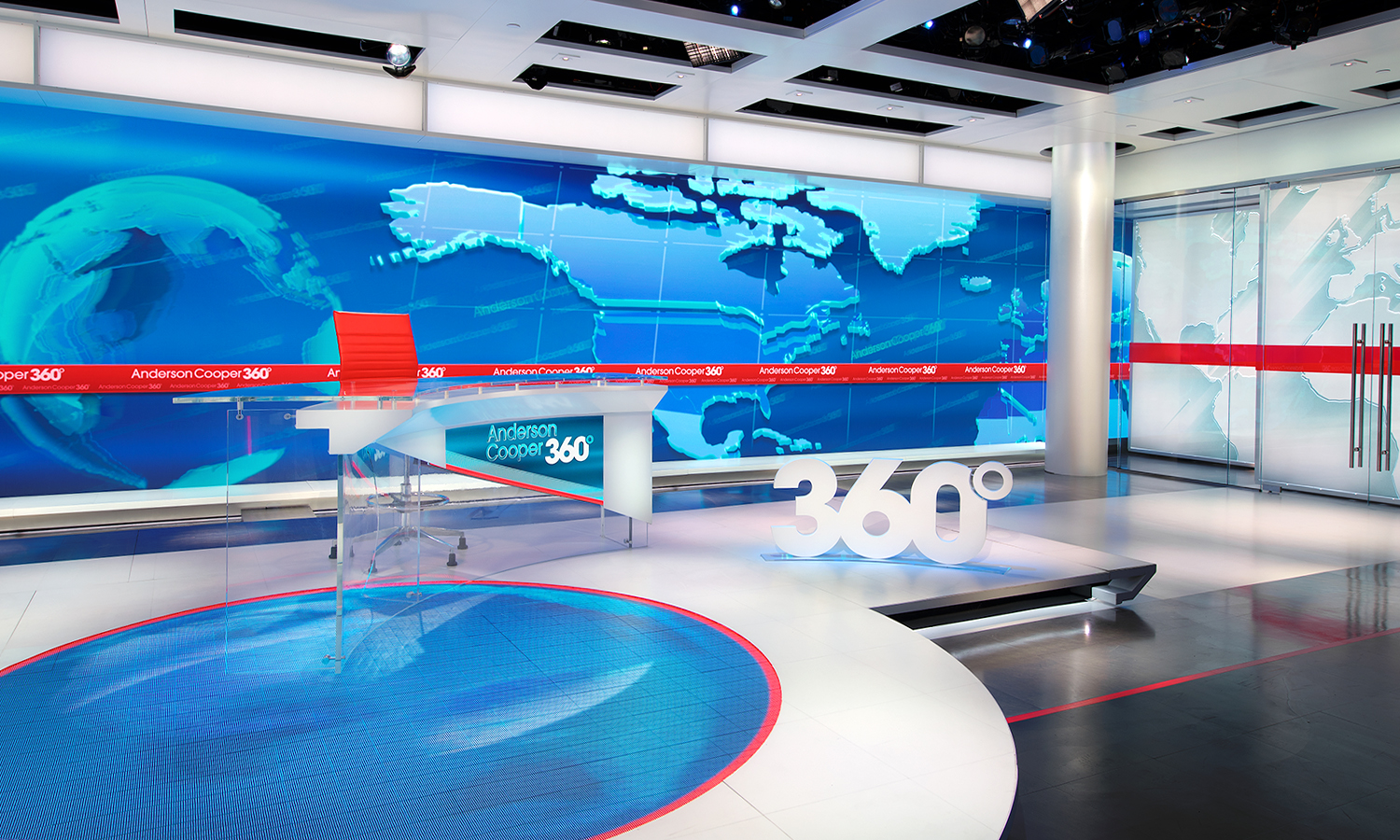 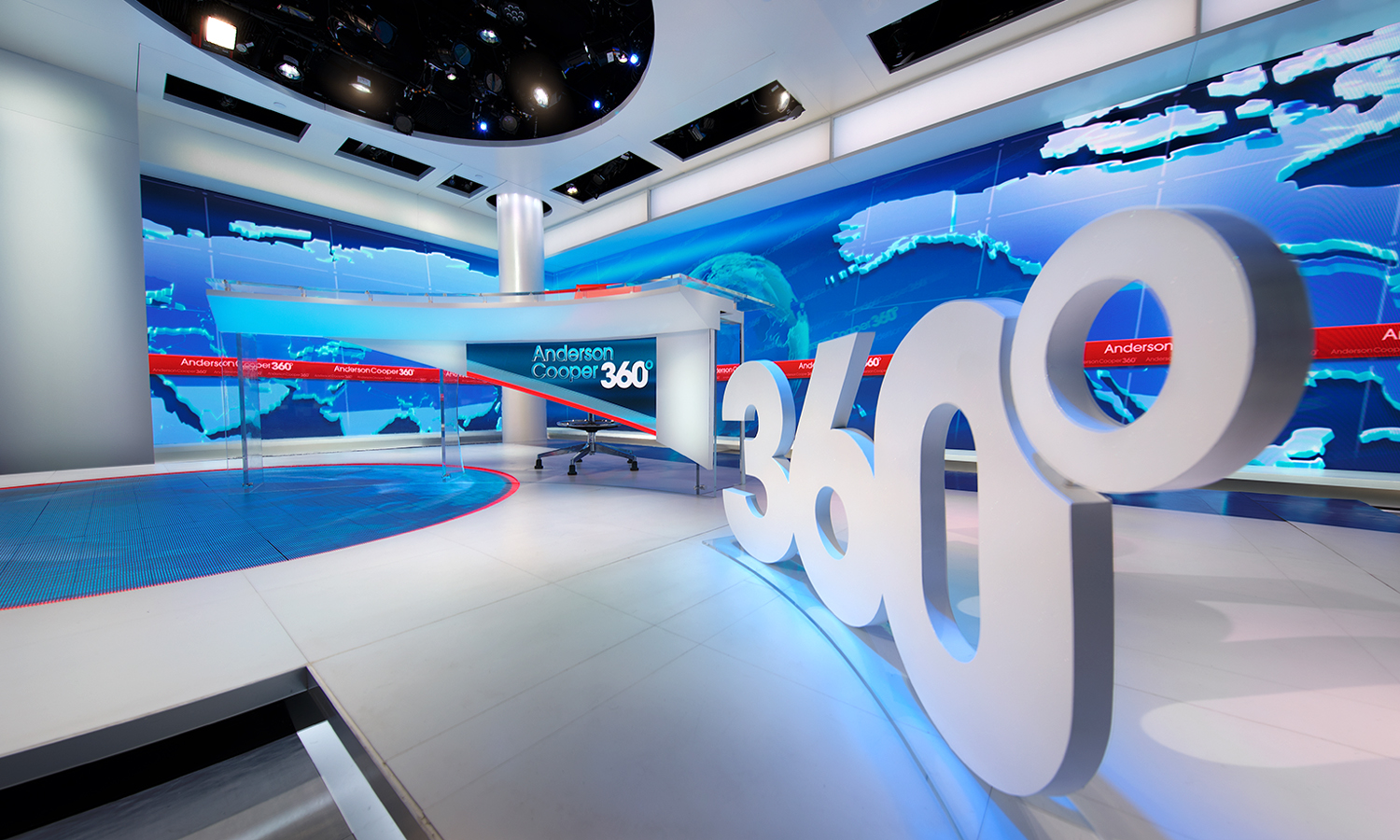 Studio 21L, Anderson Cooper’s new home at Hudson Yards, is characterized by a sleek combination of rectilinear and circular elements. A corner LED vista expanse is accentuated by cylindrical columns, and the rectangular anchor platform culminates in an arc with inset LED floor tile. These defining circles are mirrored in the otherwise rectilinear canopy above. Cooper’s desk, supported by clear acrylic, appears to cantilever over the LED floor and comprises two complementary “halves” — one serves the anchor and a few guests, and the second extends the desk to host a full discussion panel.

Three tracking, arced LED screens at the center of the studio act as foreground elements for Anderson Cooper 360°; in a wide shot they might contain show branding graphics or segment lead-ins. The ultimate functionality of these screens, however, is to transform the studio and define a space for a second show, to be shot along the reverse axis — check back for updates, or take a conceptual sneak peek in our 360° rendering.

Overall, the restrained material palette of Studio 21L allows design gestures to be read clearly — major elements are a crisp white, and subtle red stripes cue into CNN branding, while the dark metallic and black floor recedes. The LED screen graphics and lighting, then, completely control the tone of the space, enabling it to shift flexibly from show to show.