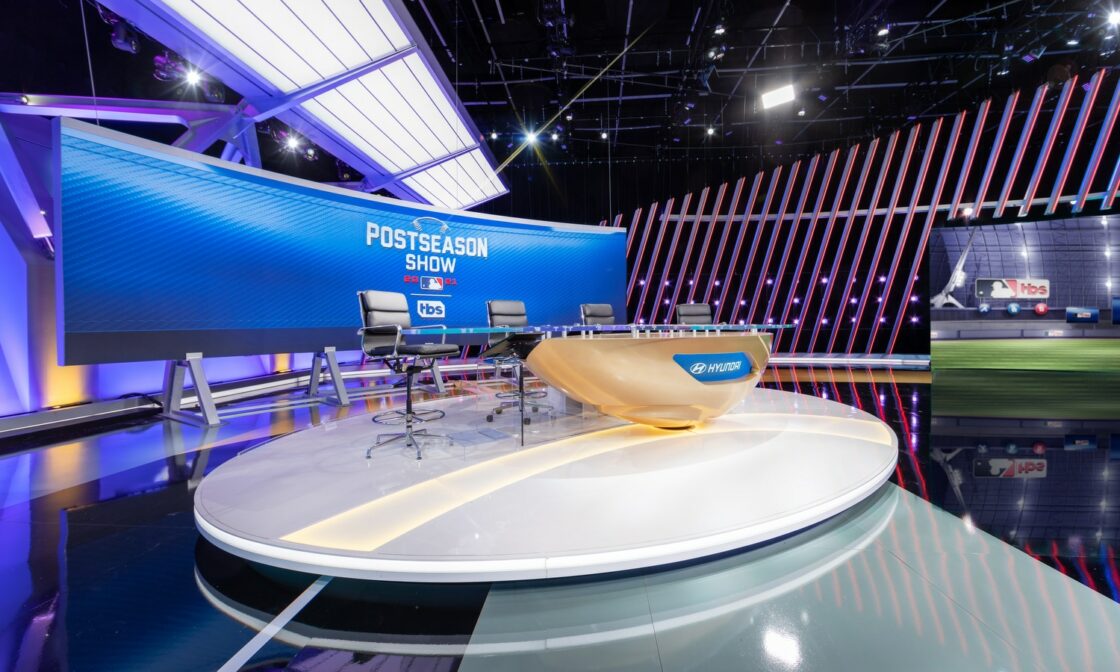 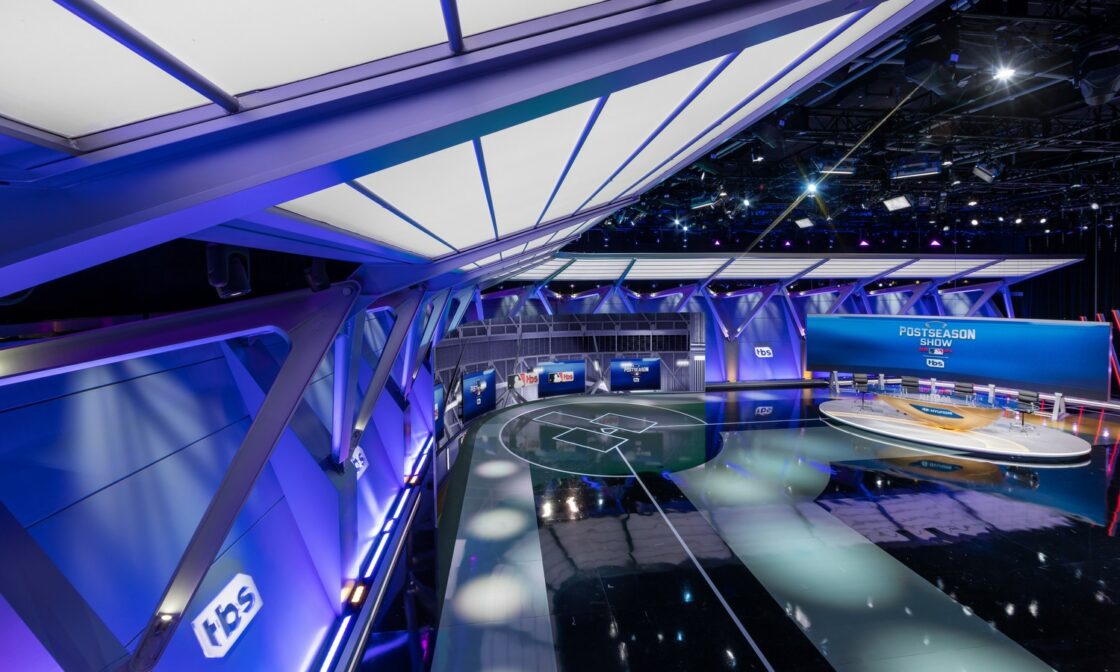 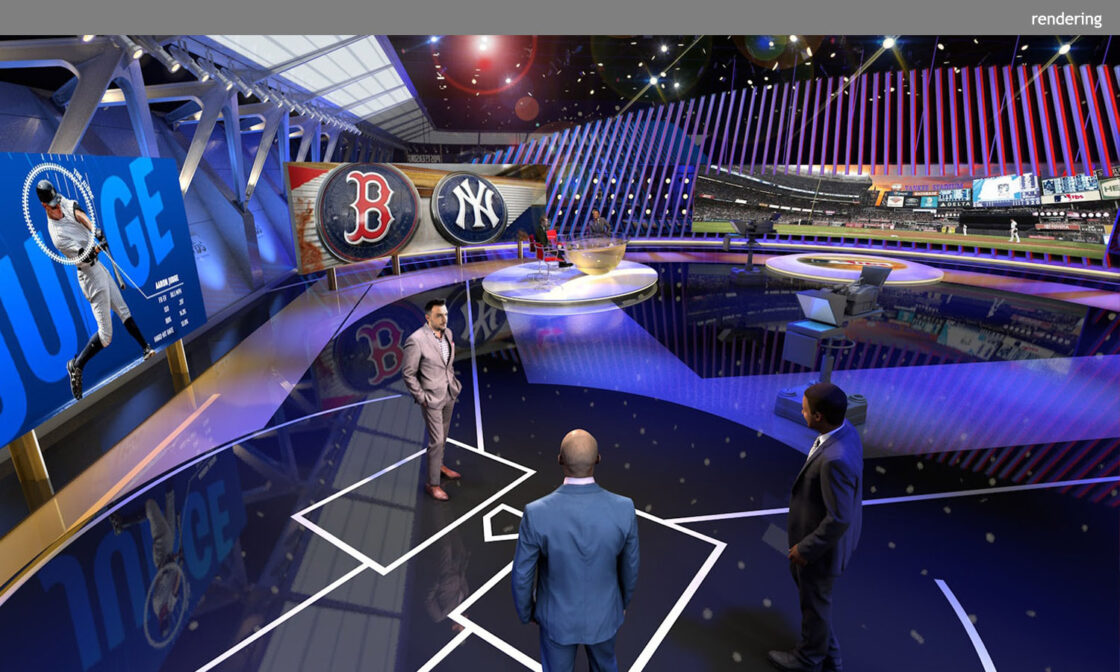 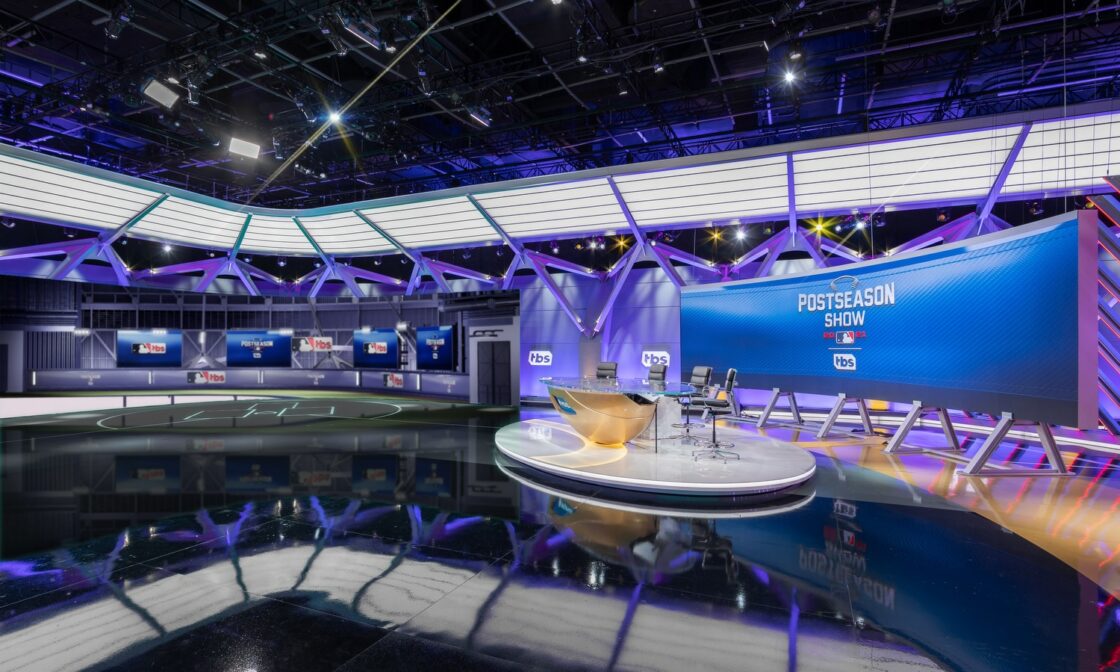 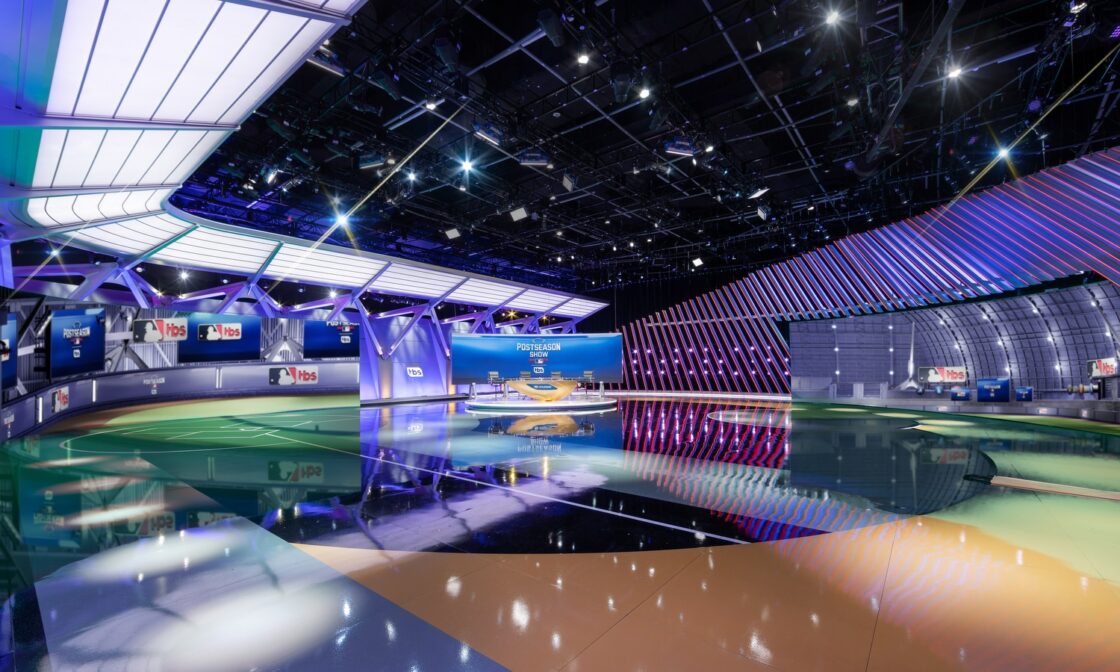 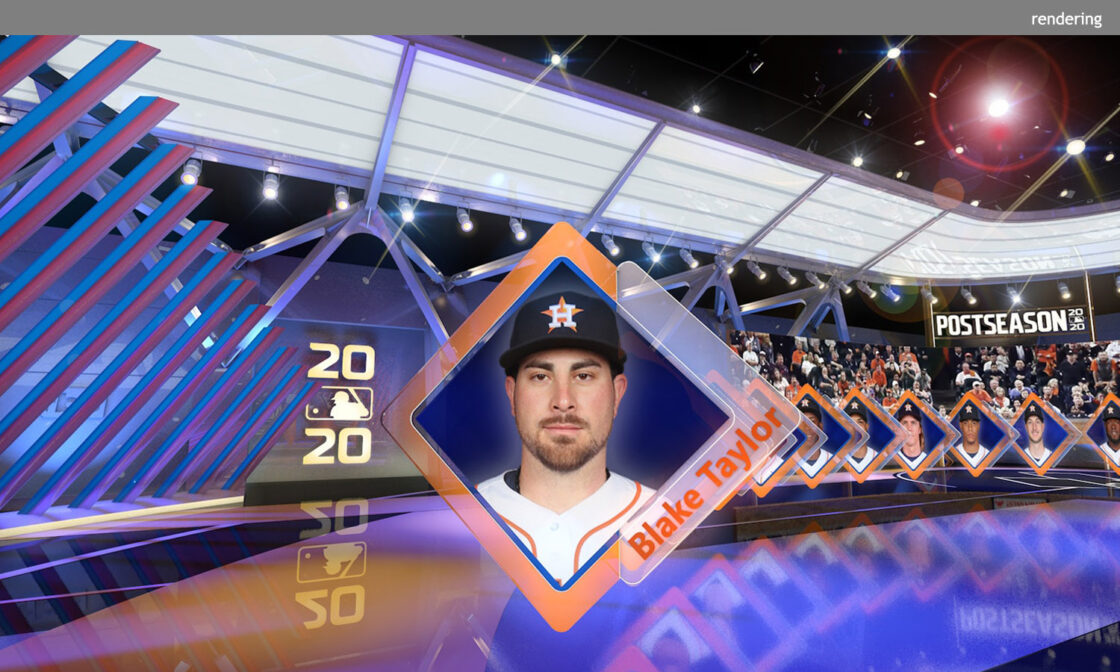 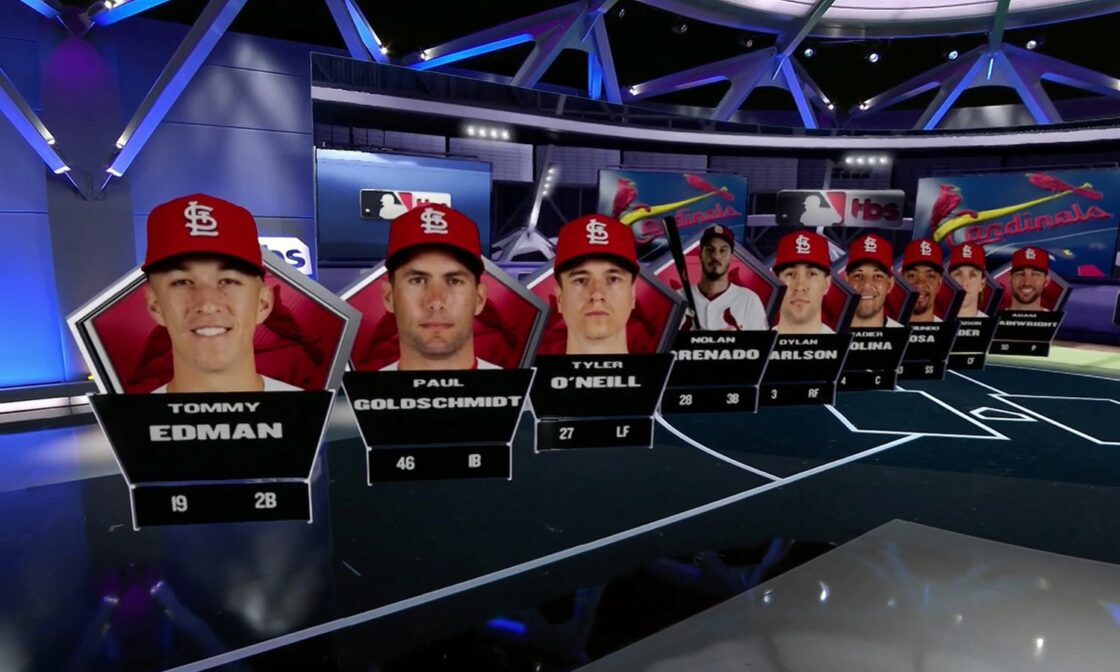 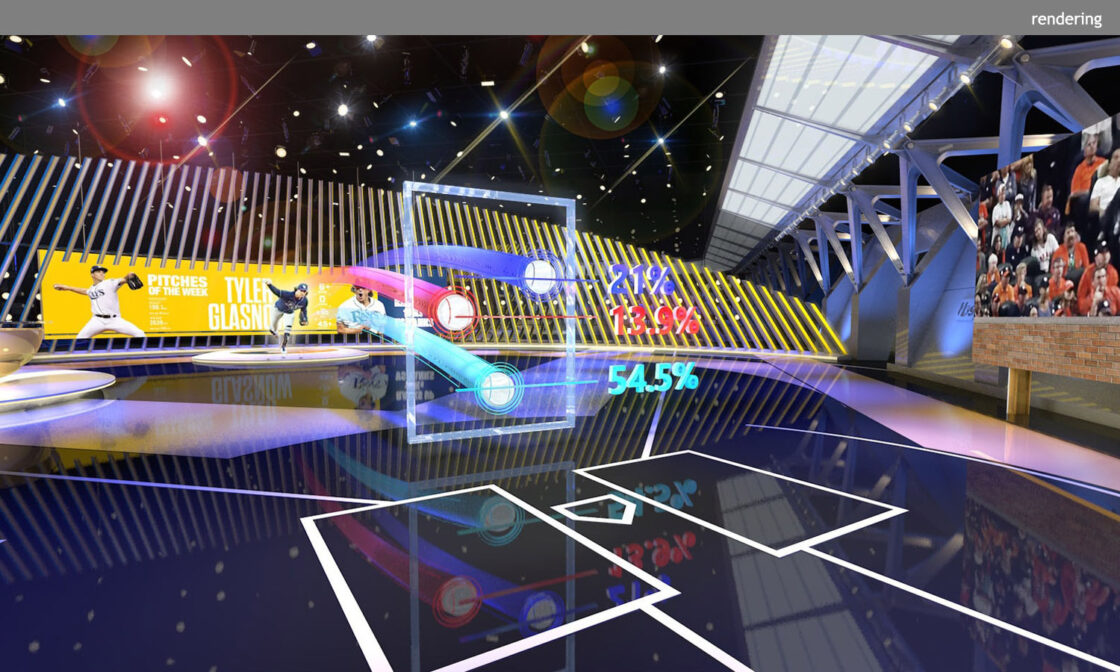 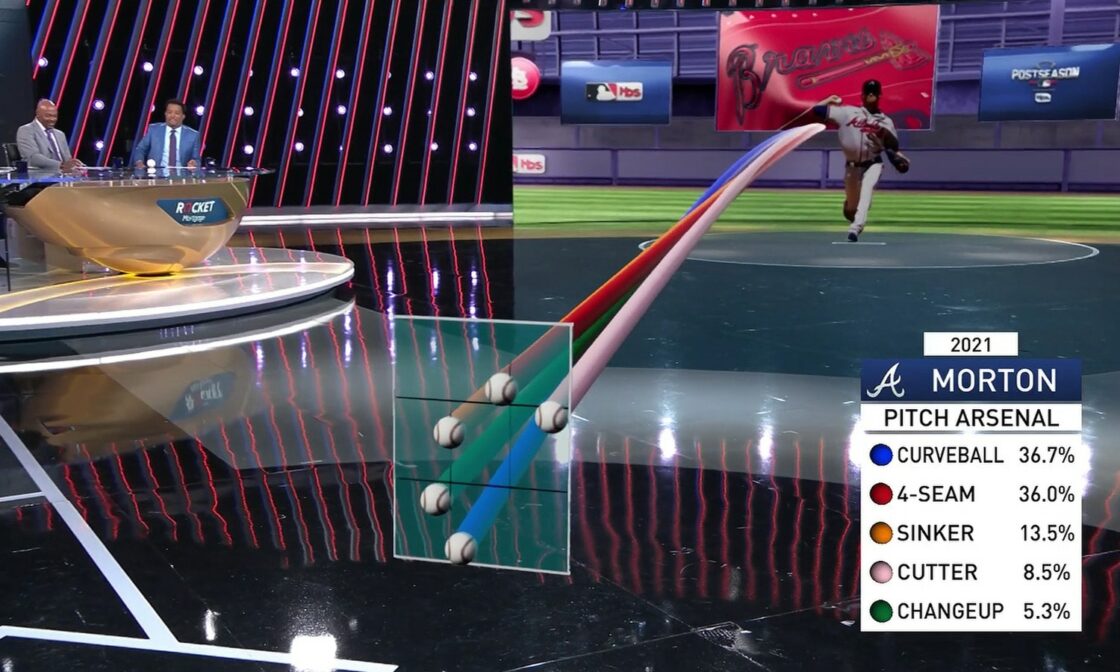 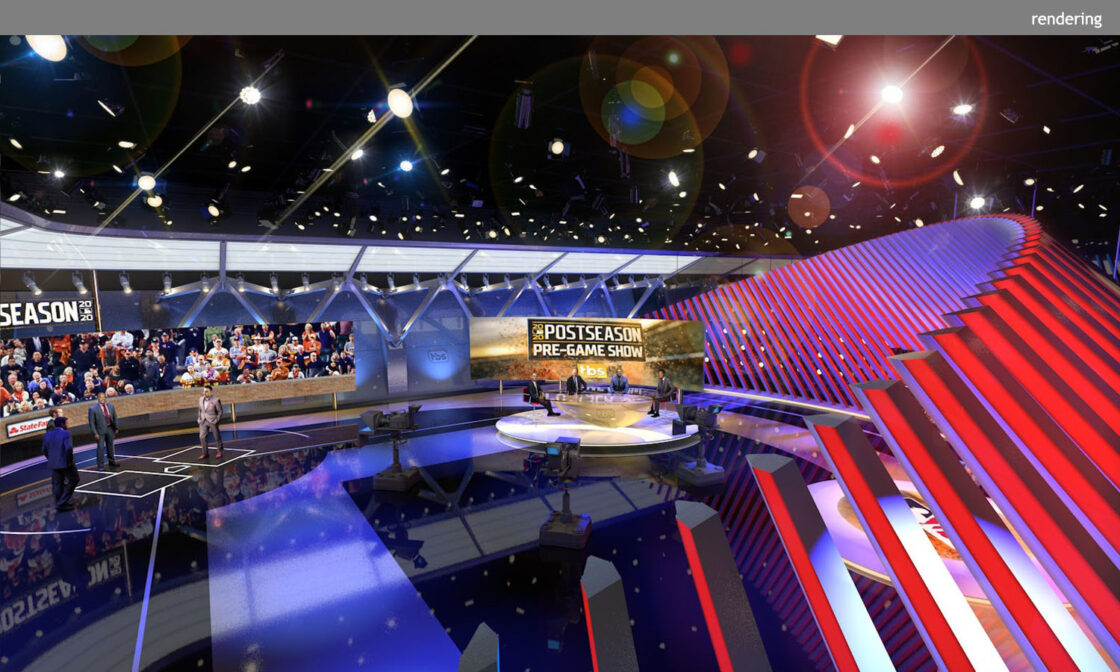 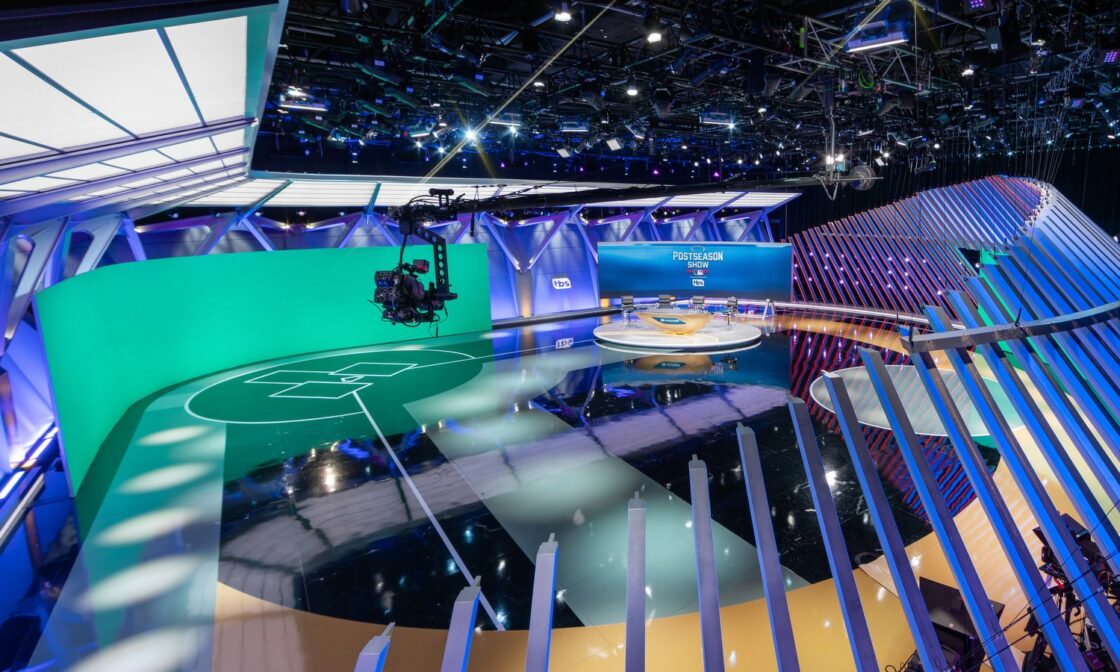 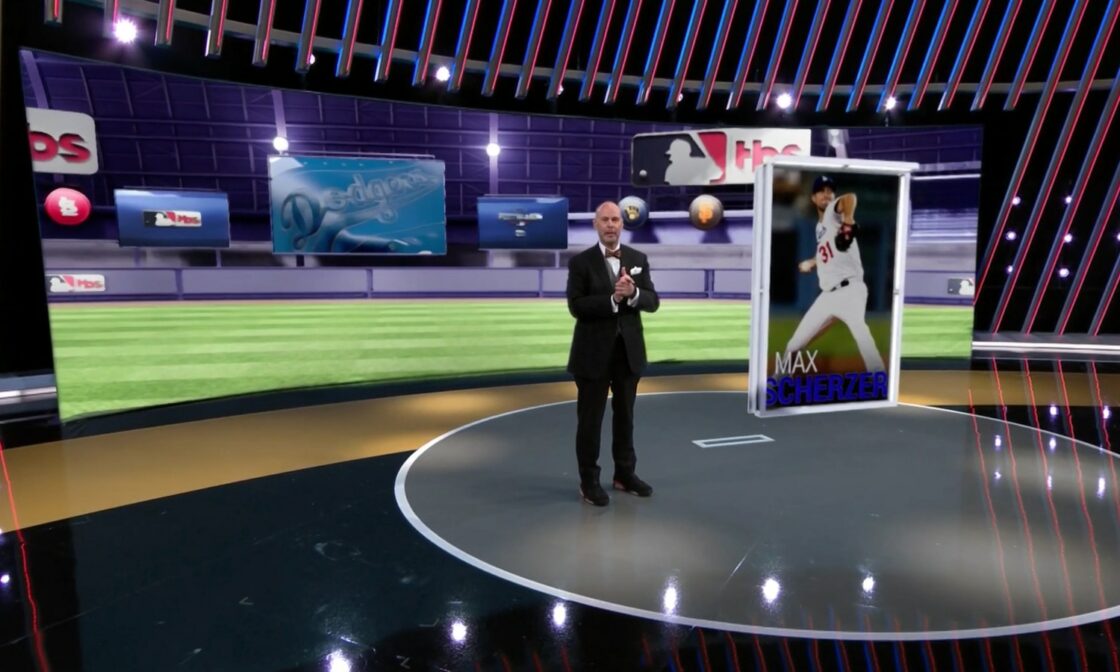 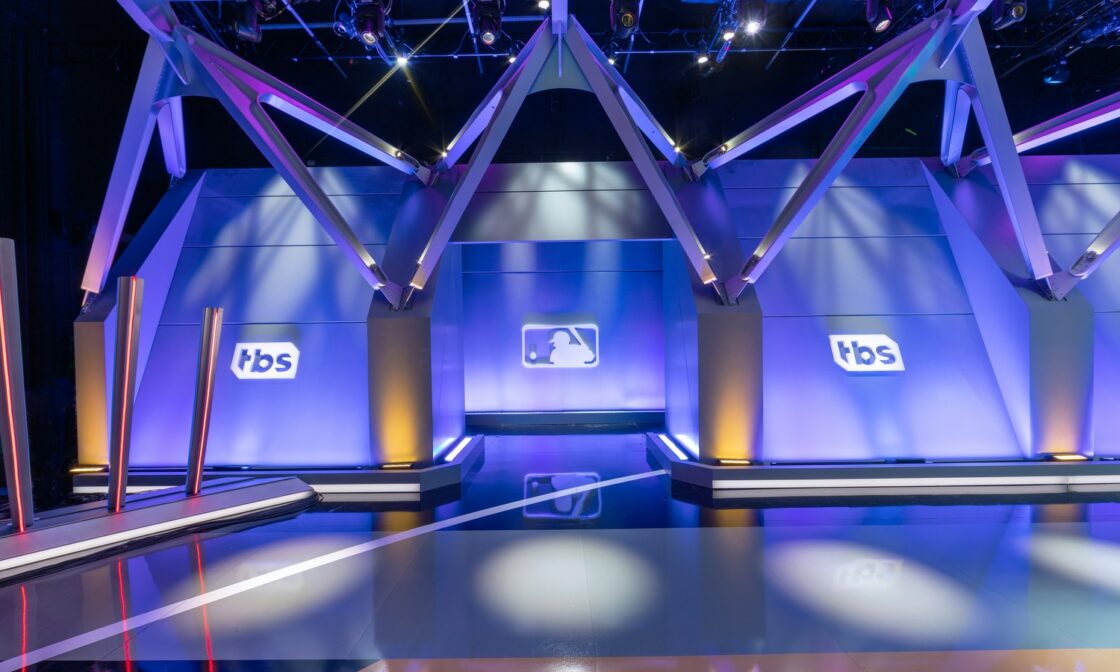 The new studio of the MLB on TBS is designed with the latest in augmented reality, creating a robust playing field for talent to break down and analyze key pitches and plays.

The floorplan of the studio is based on an infield diamond and creates a visual relationship between home plate and the pitcher’s mound, which have been left open to allow for the AR graphics.

The set is unique in that it uses two large chromakey walls to create virtual windows for AR graphics and stadium views instead of video walls. The set’s desk is positioned at third-base and features the only true video wall in the studio.

The overall design evokes a modern baseball stadium albeit in a non-literal way. The design is careful to not become too nostalgic in stadium architecture and instead feels futuristic while abstractly nodding to classic elements like the outfield fence and roof overhang.