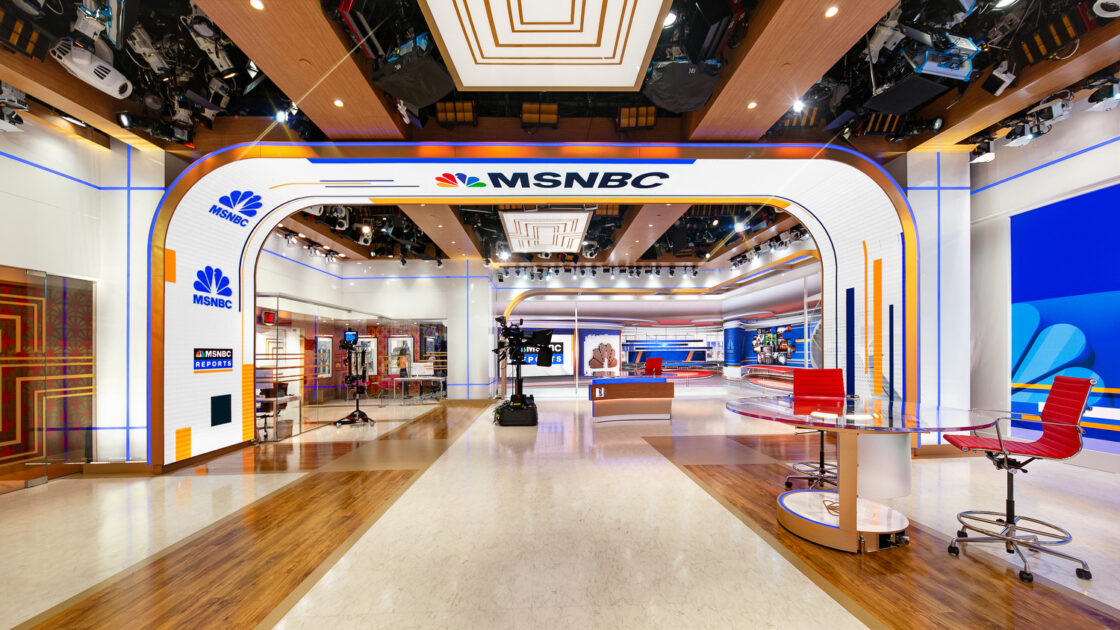 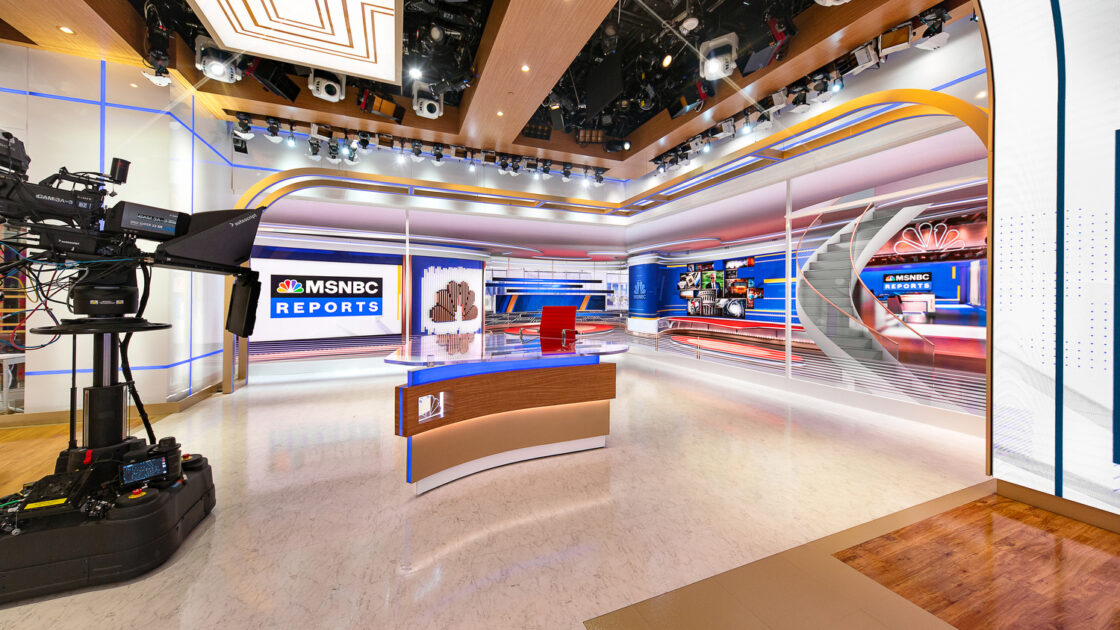 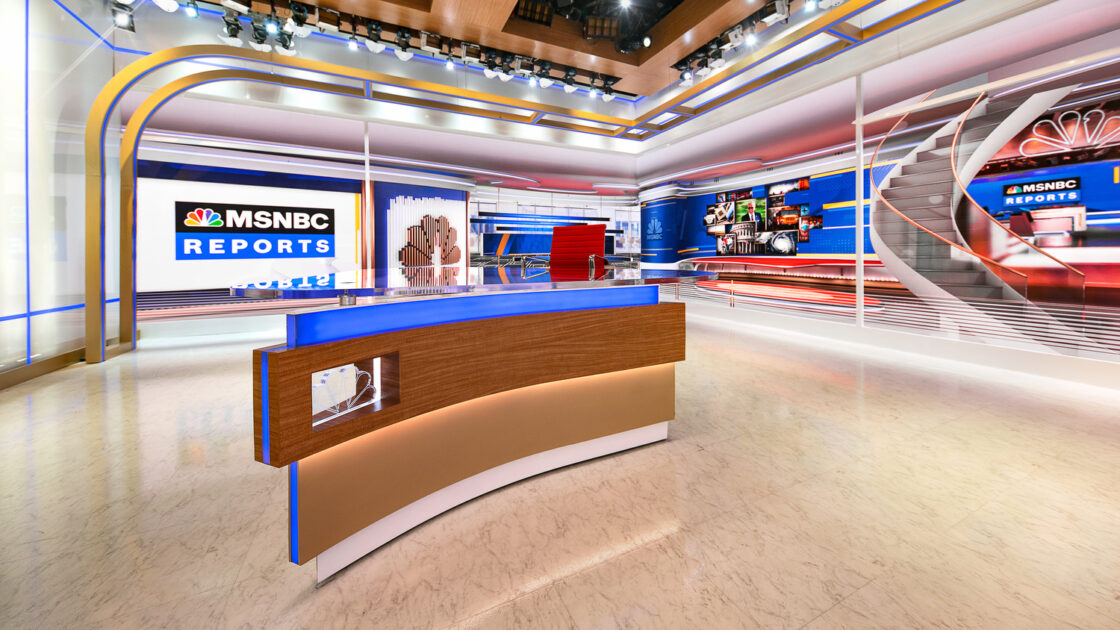 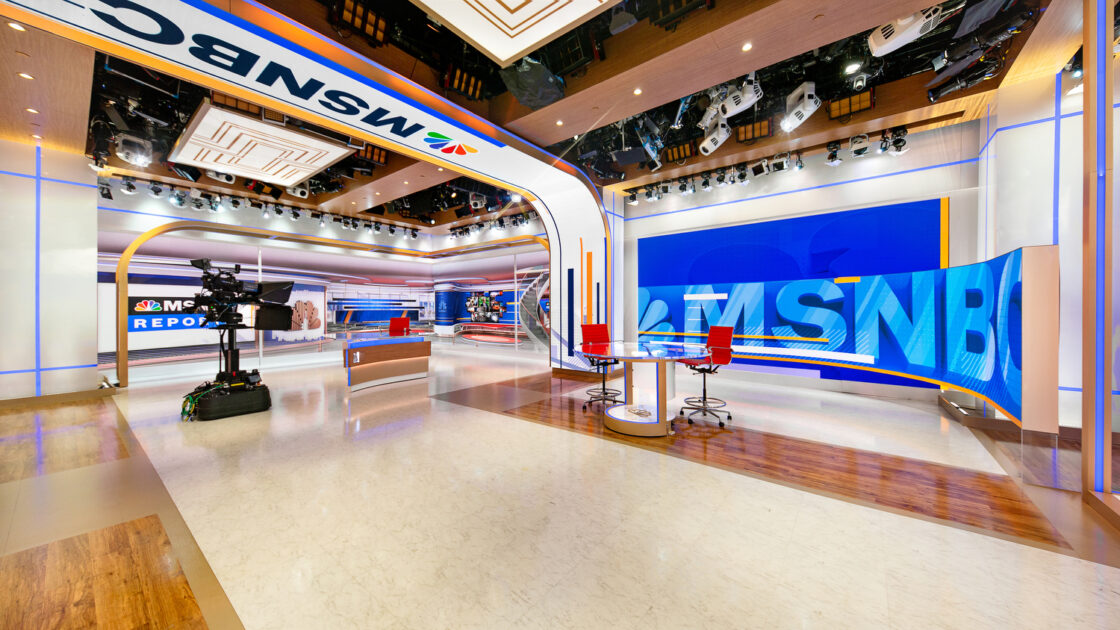 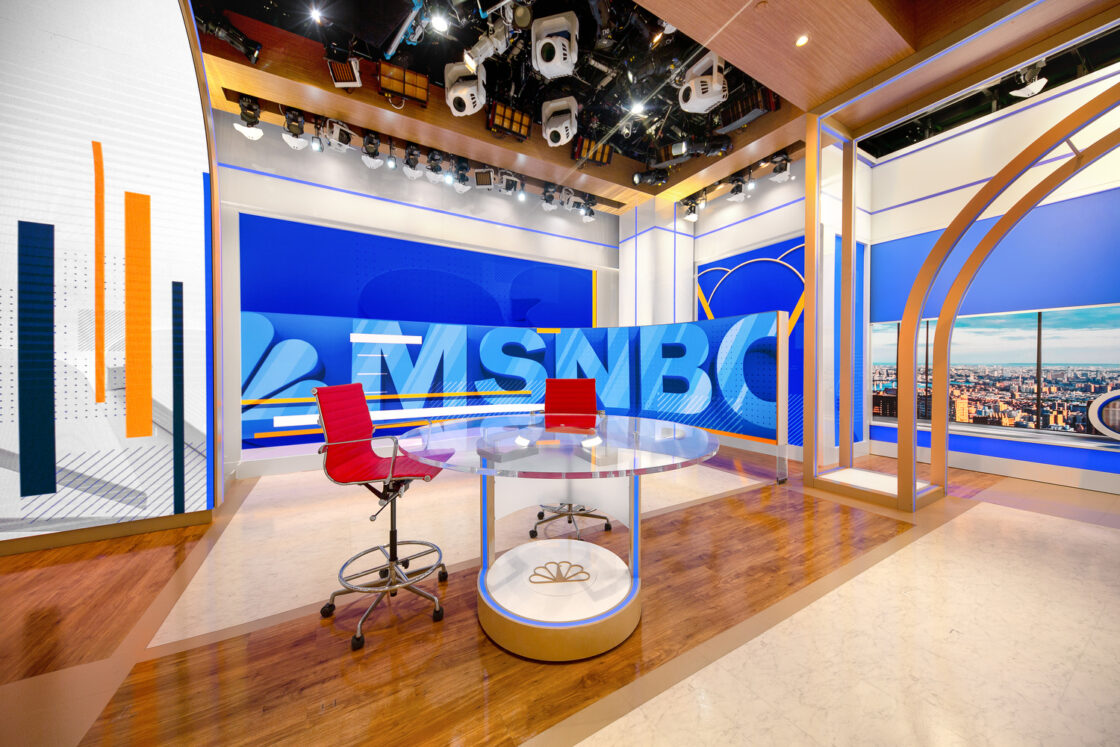 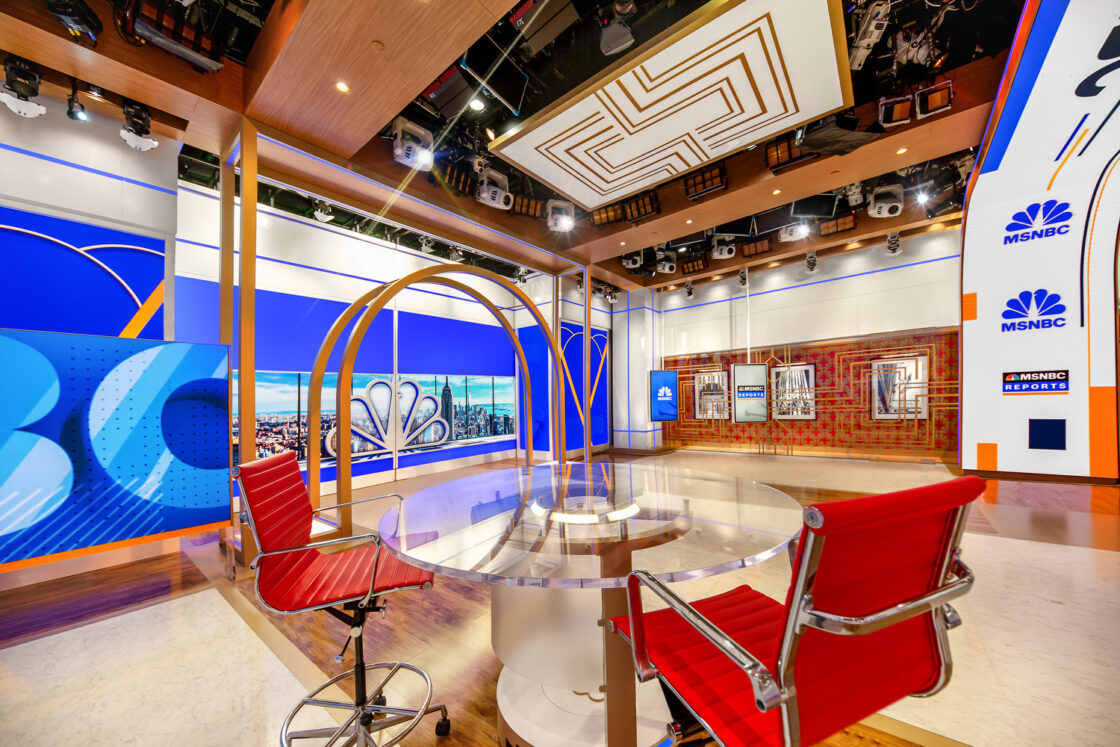 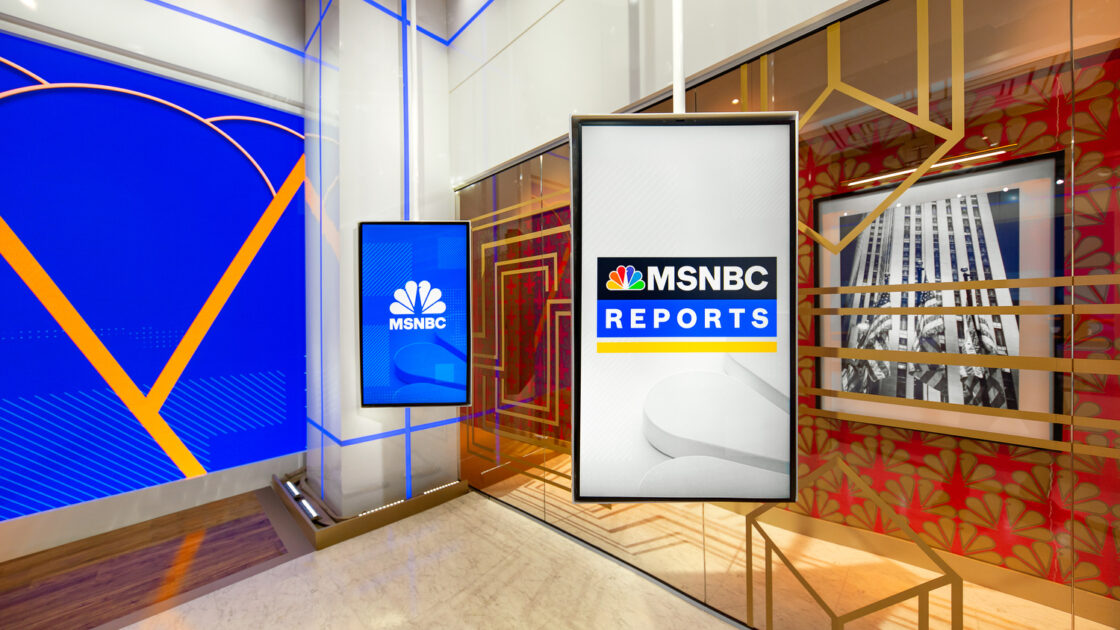 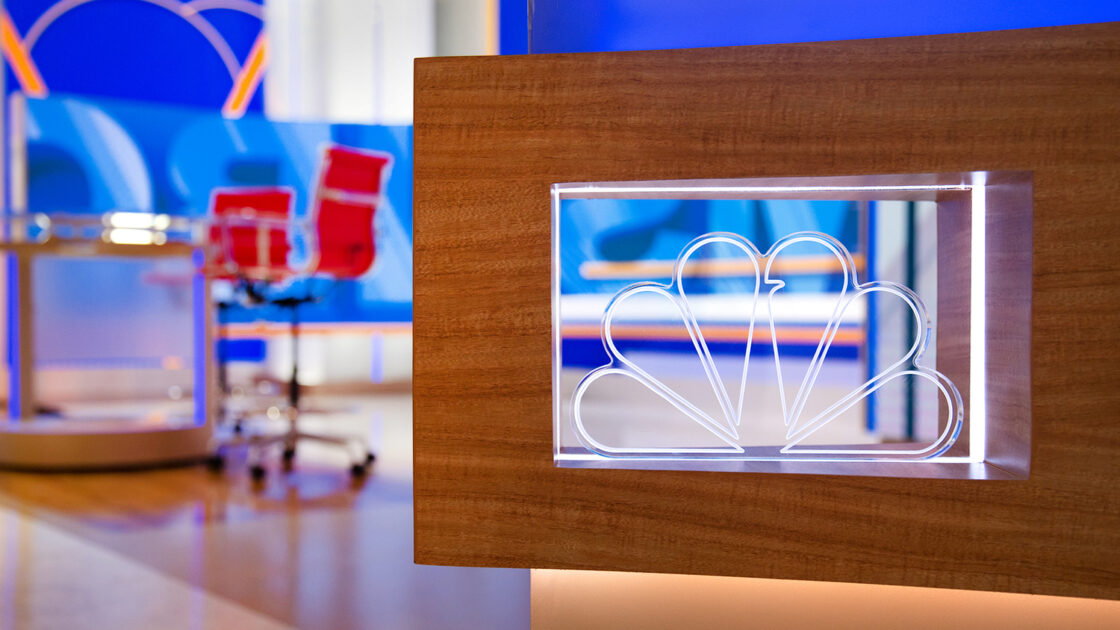 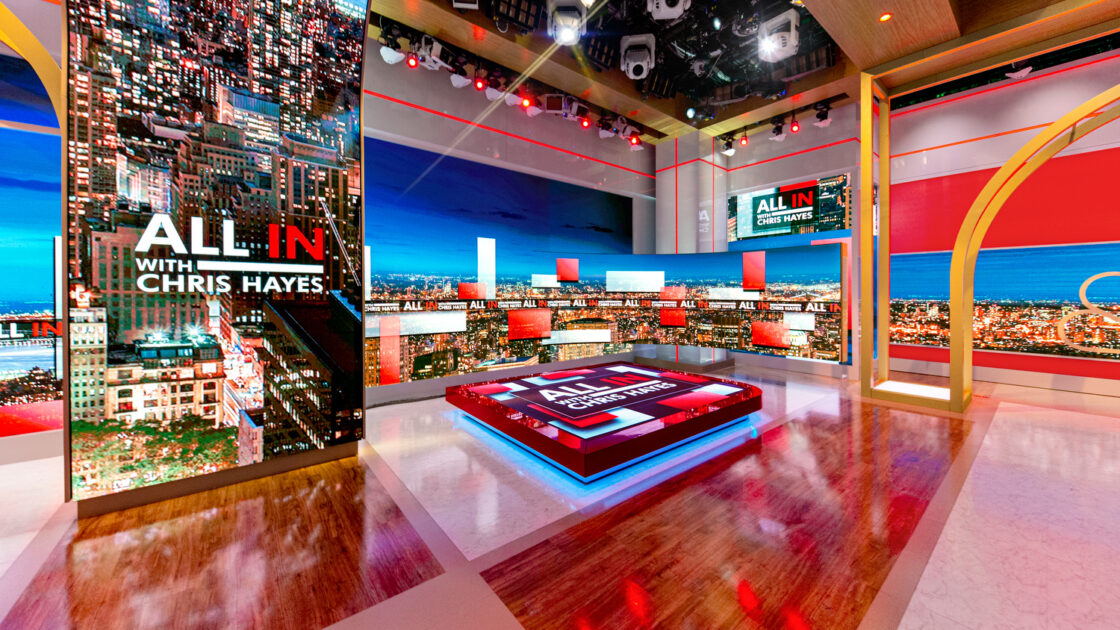 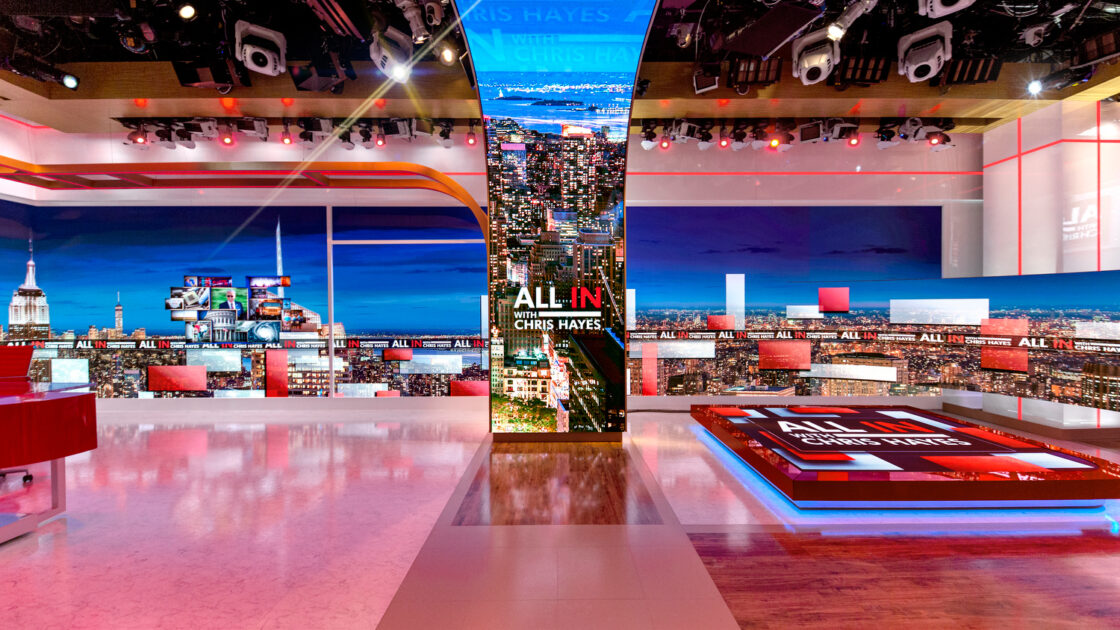 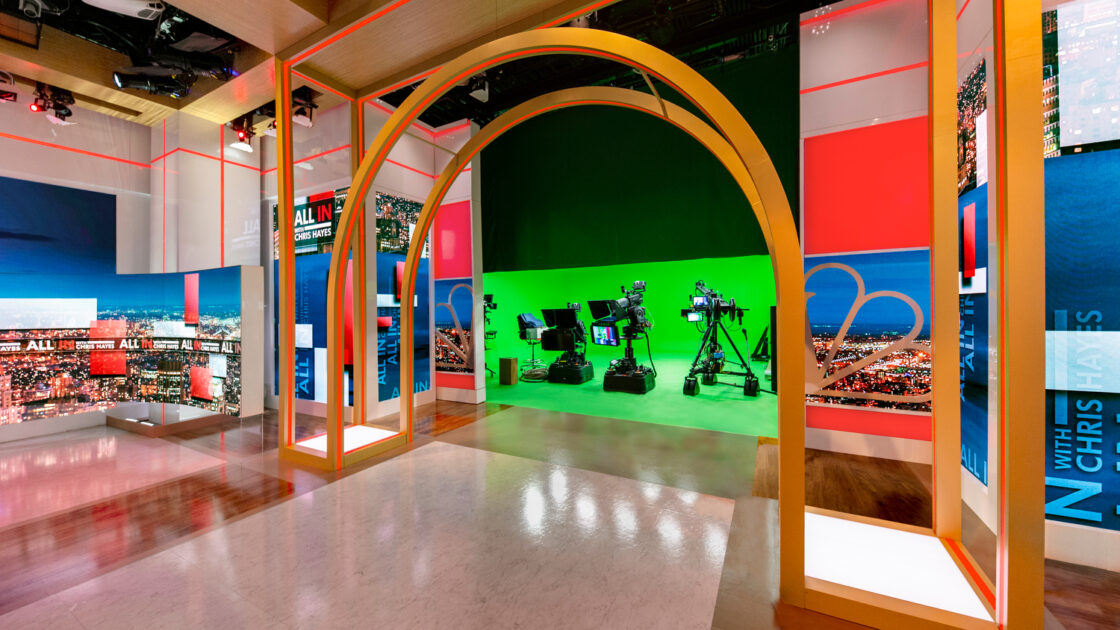 Every broadcast aspires to immerse an audience within a time and place, and MSNBC’s reimagined Studio 3A in New York takes full advantage of its canonical heritage, embracing the architectural roots of 30 Rockefeller Center as a forward thinking and flexible broadcast production space.

The studio’s design features notable Art Deco flourishes, an homage to the architectural style of 30 Rock. Examples include graphic patterns applied to the glass and overhead elements, as well as the use of rich colors, textures, and materials such as gold and deep red. Additionally, a formal vocabulary of arched frames and passages was introduced, another nod to the facility’s roots.

Bisecting the studio is a soaring, arched LED ribbon, a dramatic gesture that also provides versatility in framing shots. It can play as one or several stand up positions, while also creating an iconic branding opportunity for low-wide shots.

Other LED elements include sprawling video walls positioned around the studio’s perimeter, including a curved, cantilevered element that can be paired with a walkable display integrated within a mobile platform.

Two framed monitors are suspended from the grid above in another corner of the studio, offering further positions for stand-up shots, remote interviews, or other branded moments.

The environment also features a generous chroma-key space that can be isolated from the studio completely (via large tracking doors with integrated displays) or connected to the broader physical space for immersive augmented graphic applications and transitions between physical and virtual segments.

By combining a variety of strategically placed displays configured to provide long-term production flexibility, the studio is poised to meet the demands of a rapidly evolving media landscape.

To date, Studio 3A has been used for a variety of programs including MSNBC Reports, All-In with Chris Hayes, Velshi, Alex Witt Reports, and a variety of special event programming such as Decision 2021.