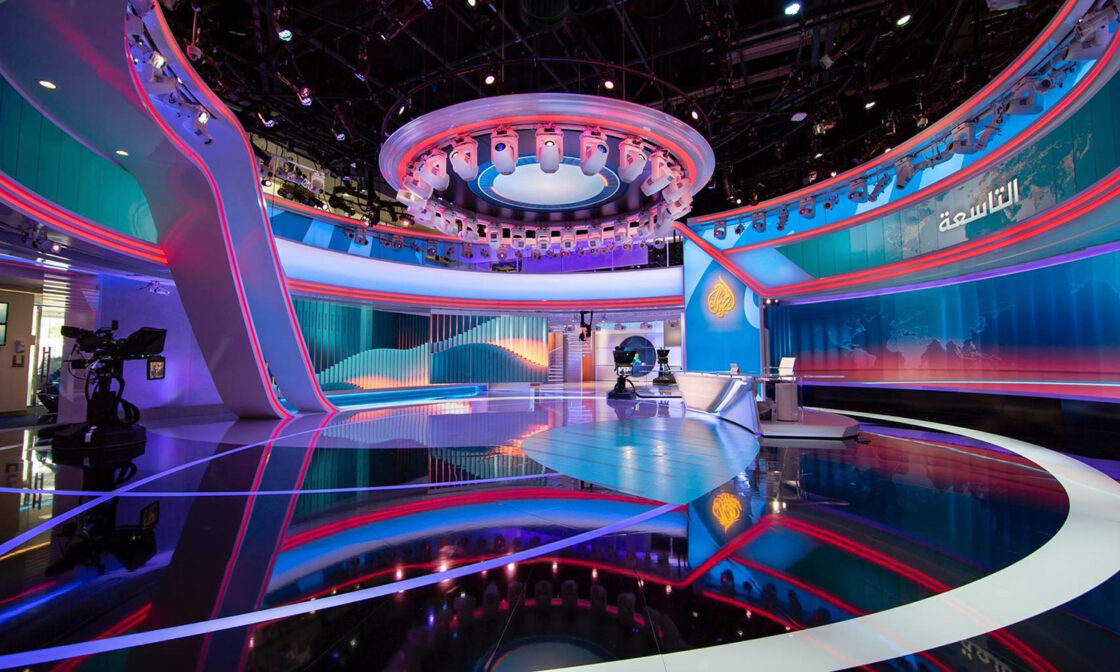 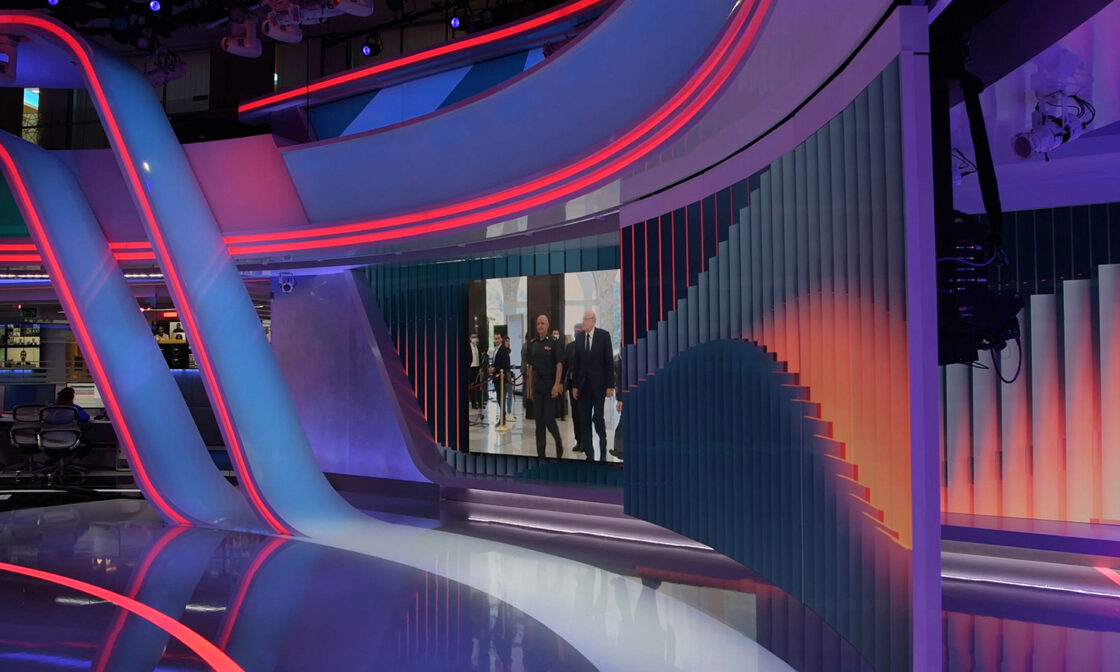 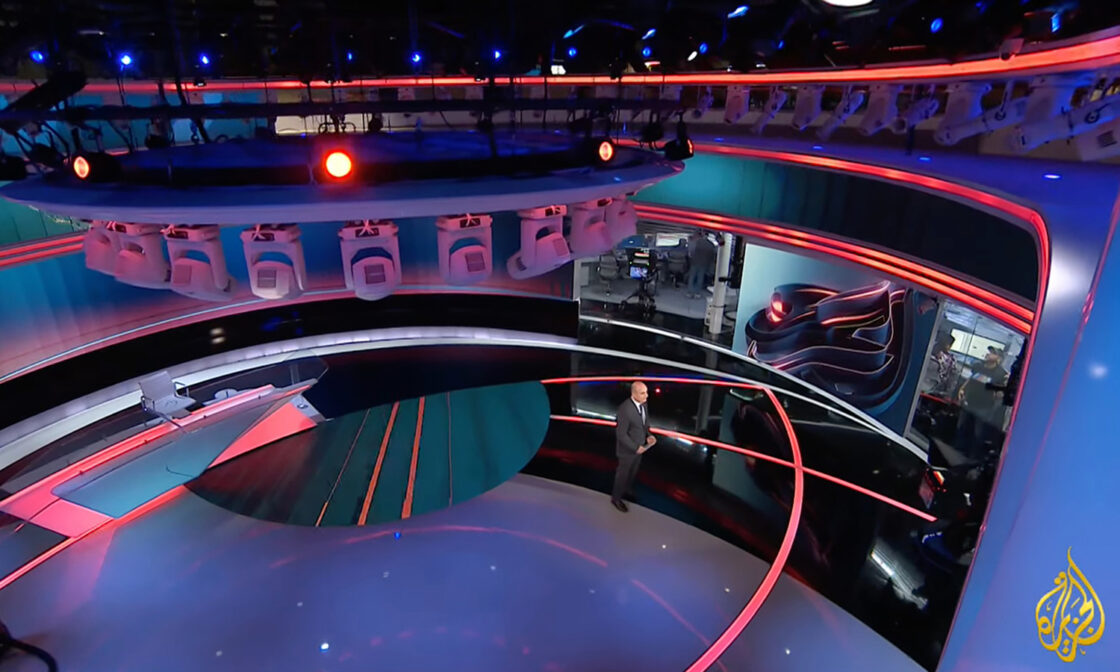 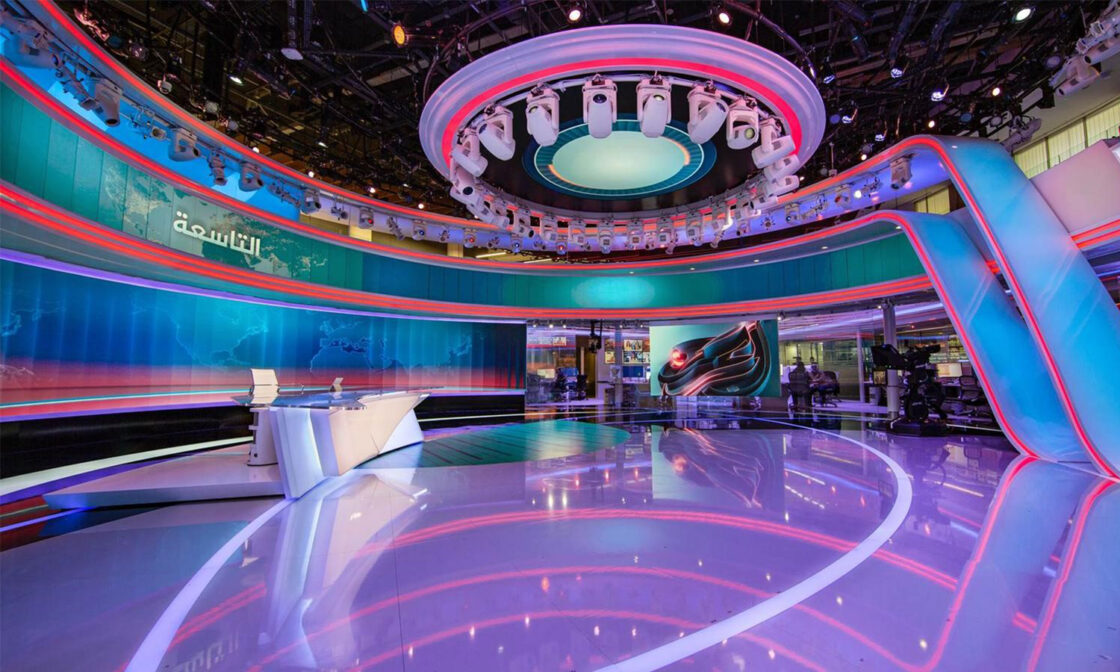 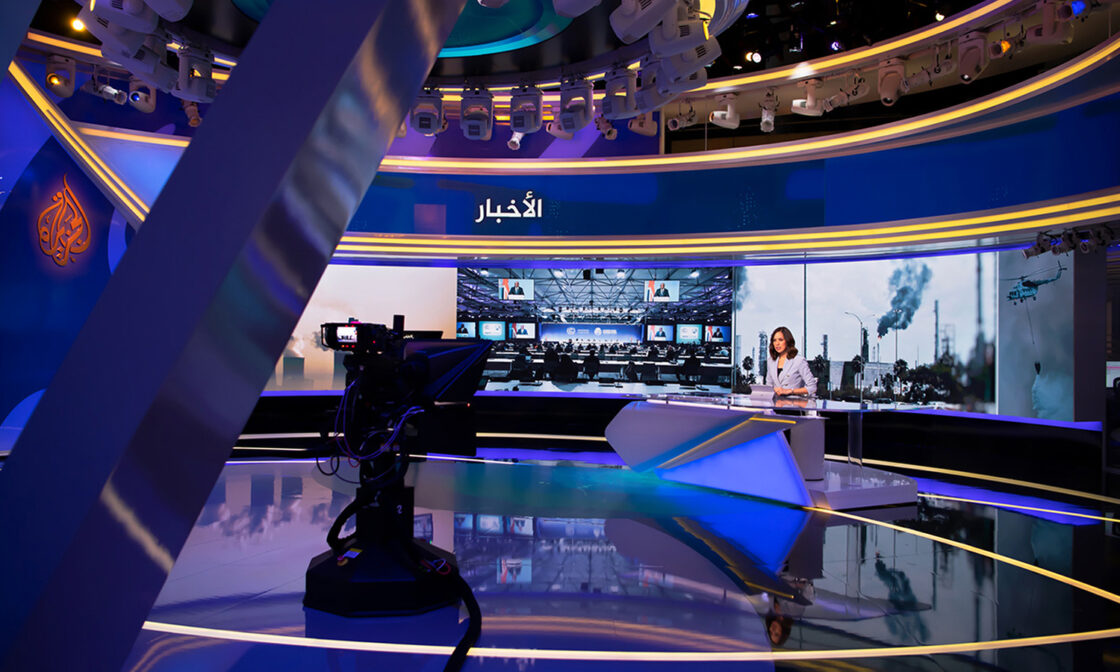 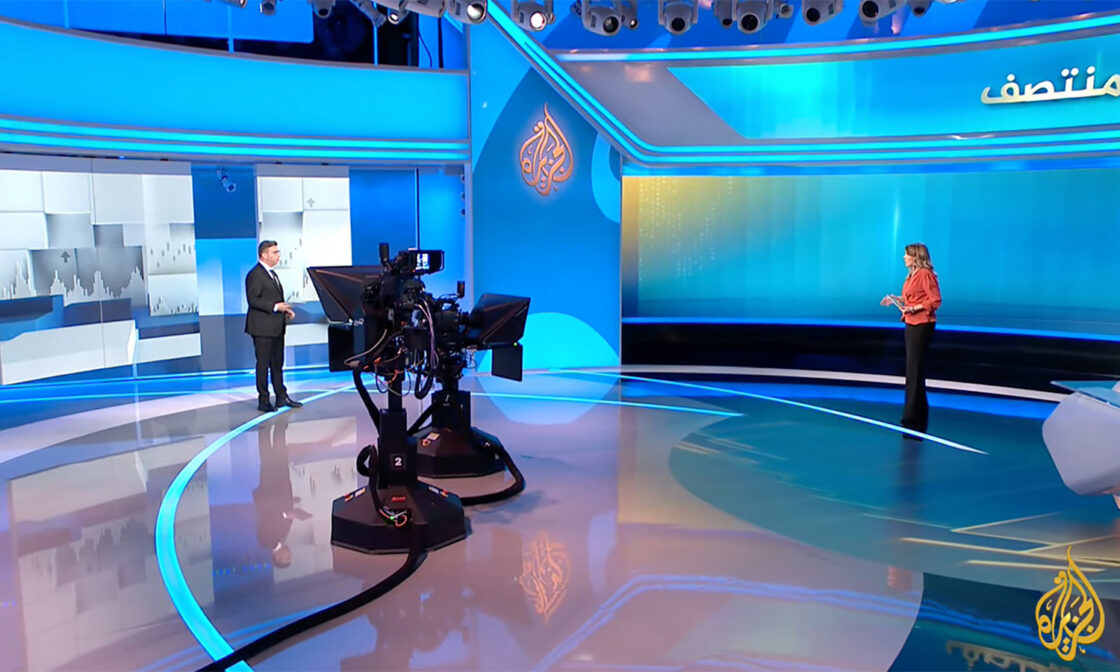 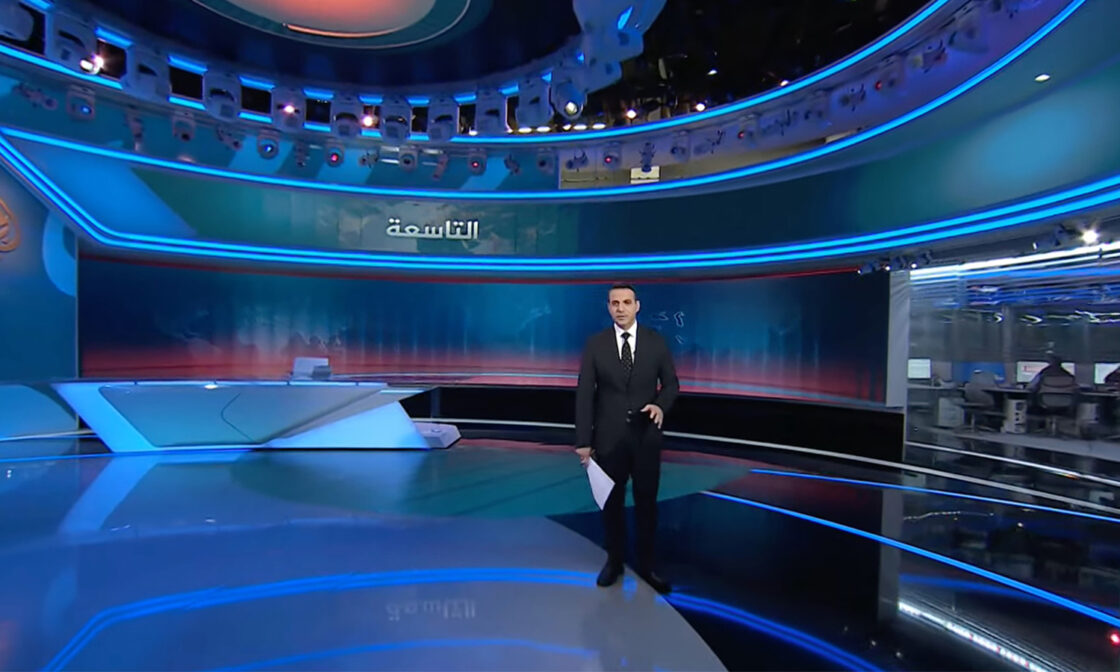 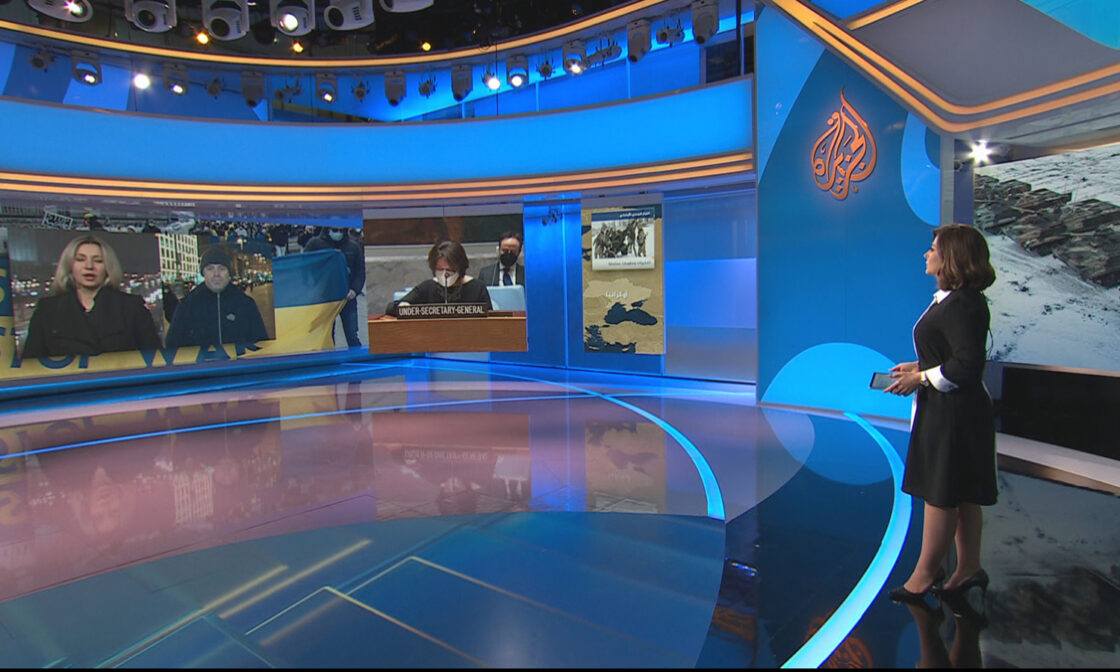 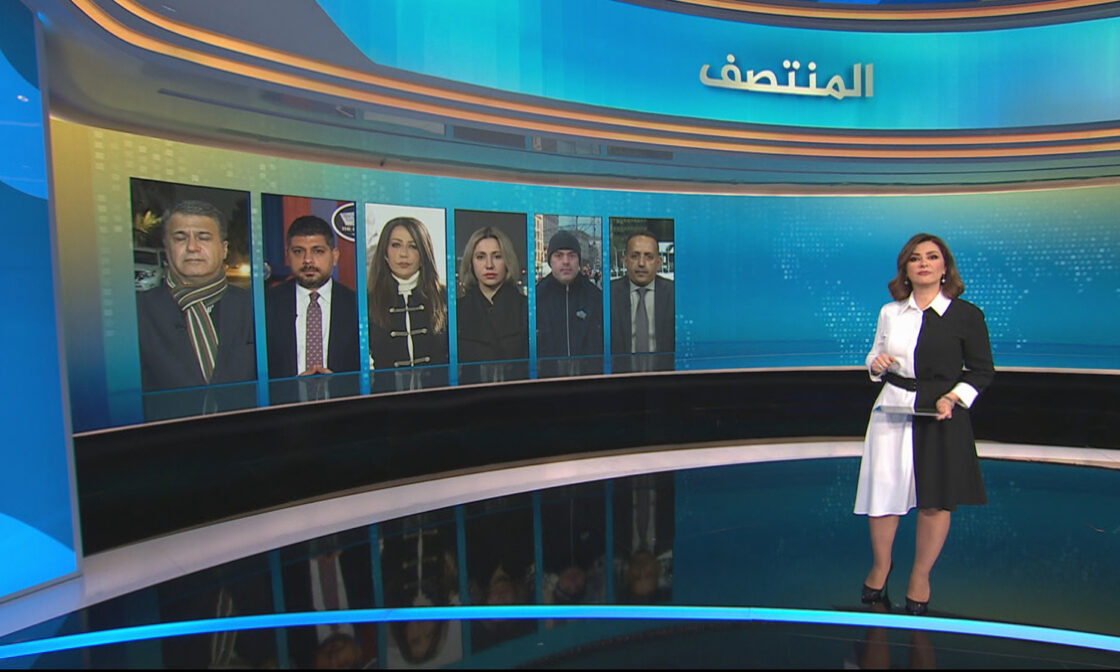 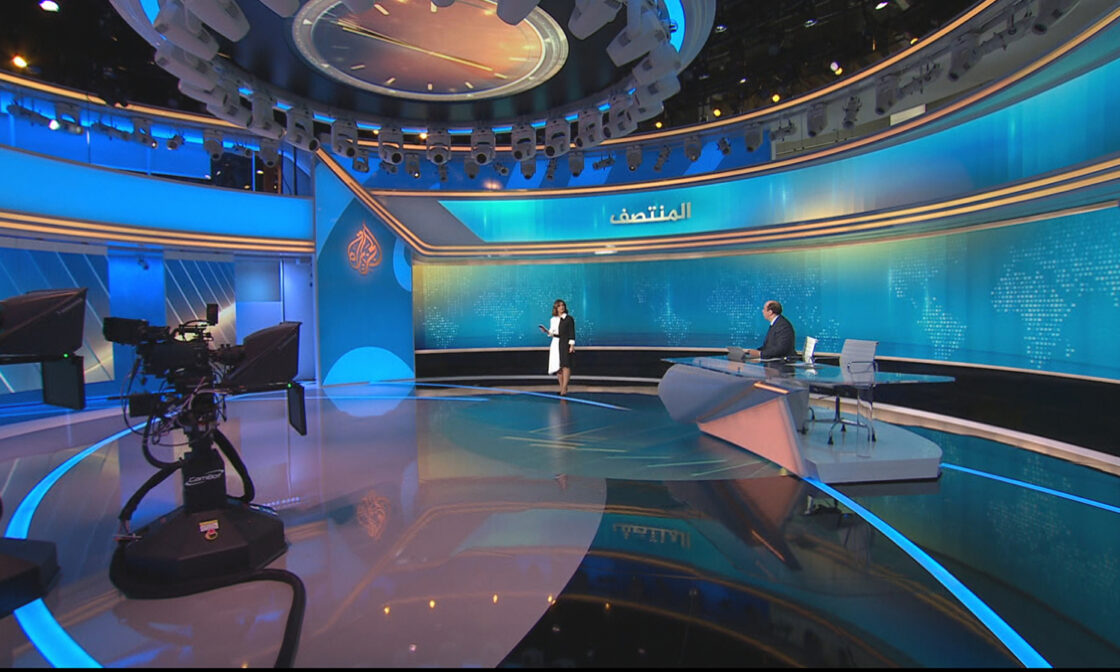 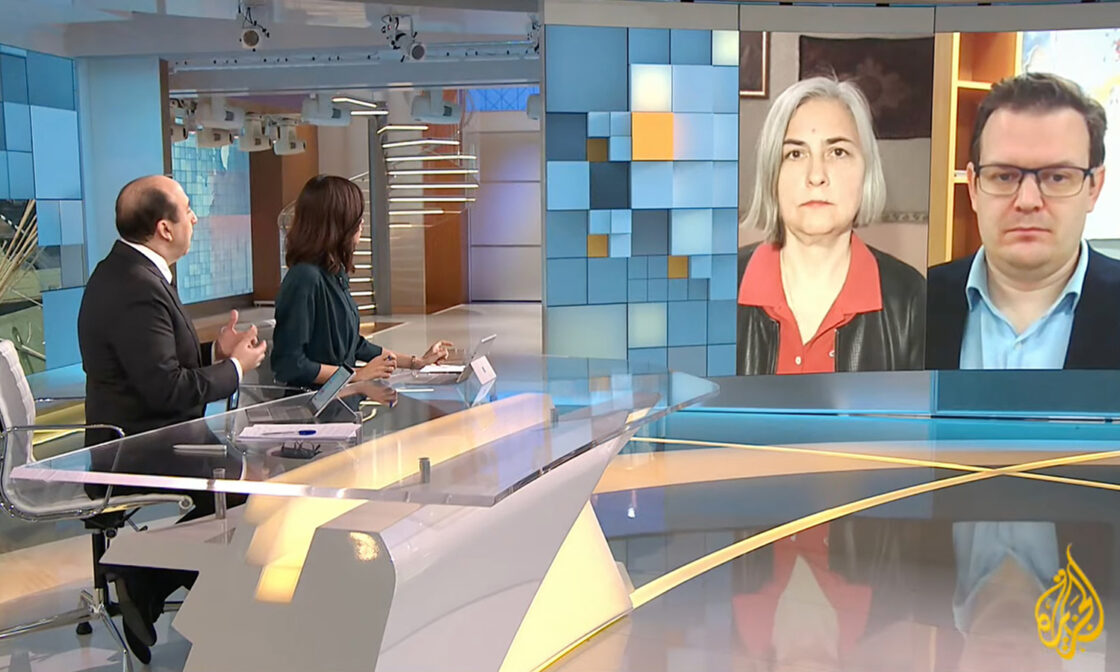 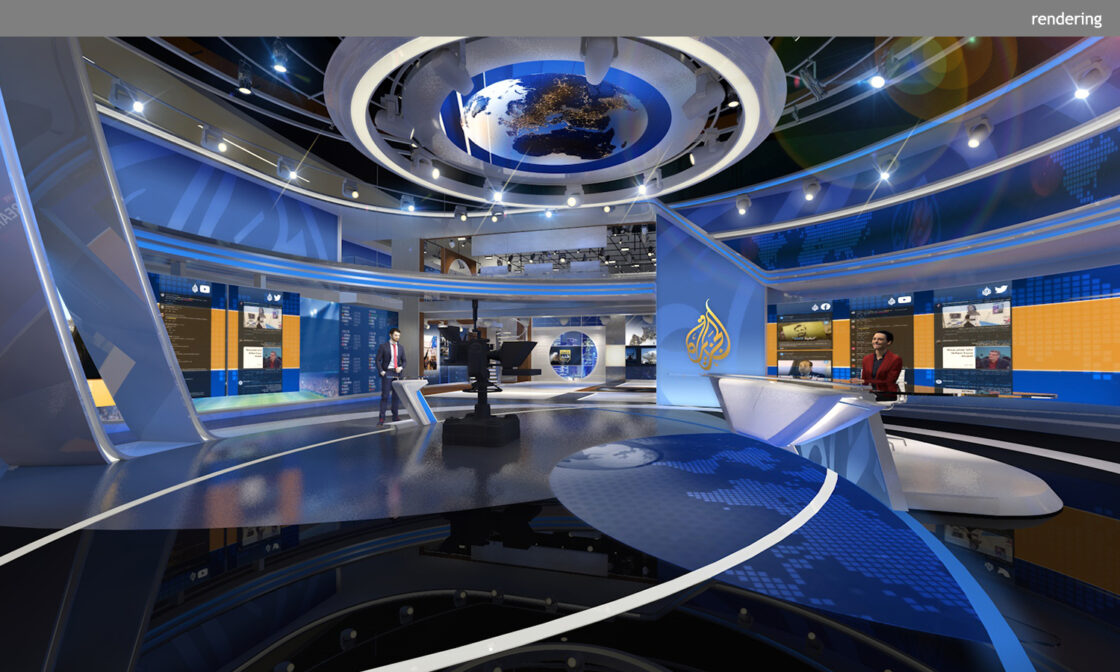 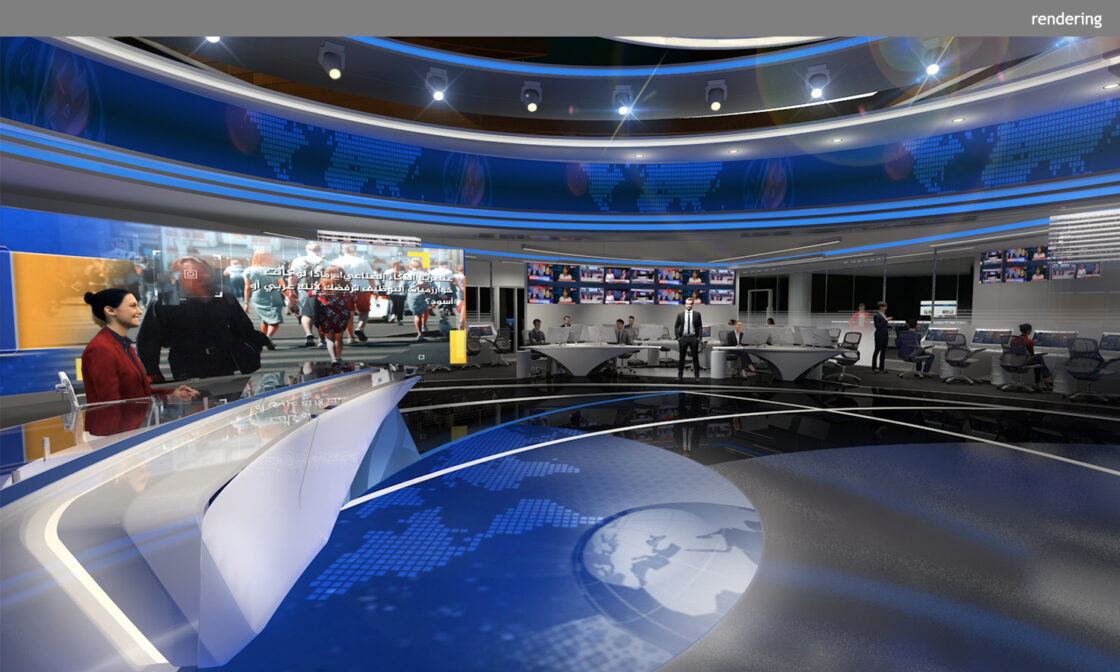 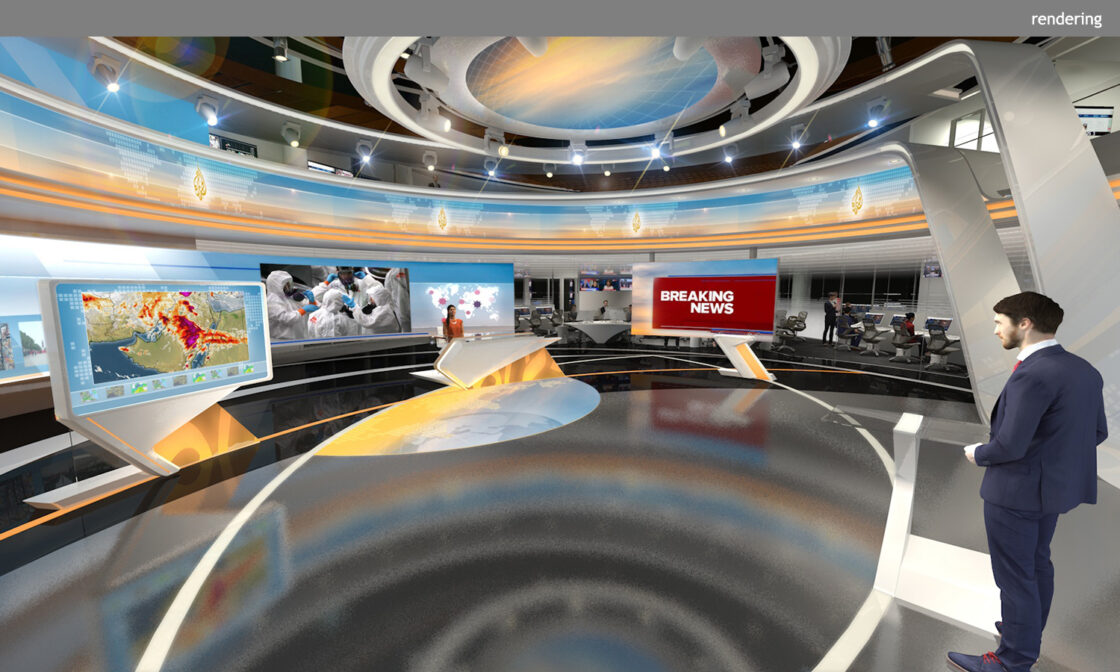 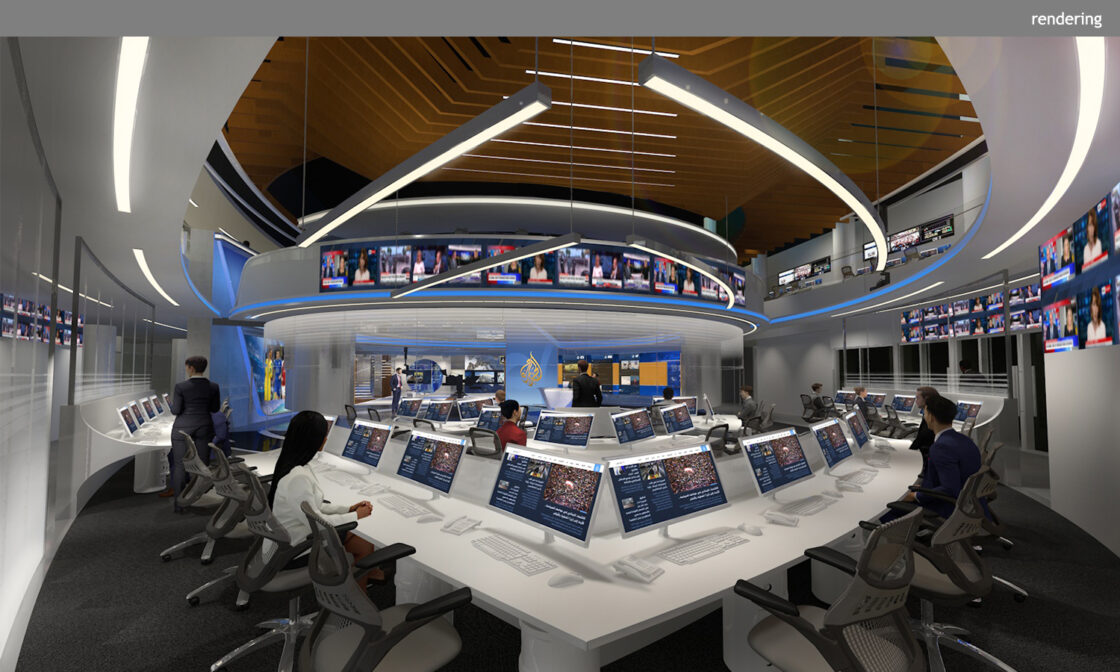 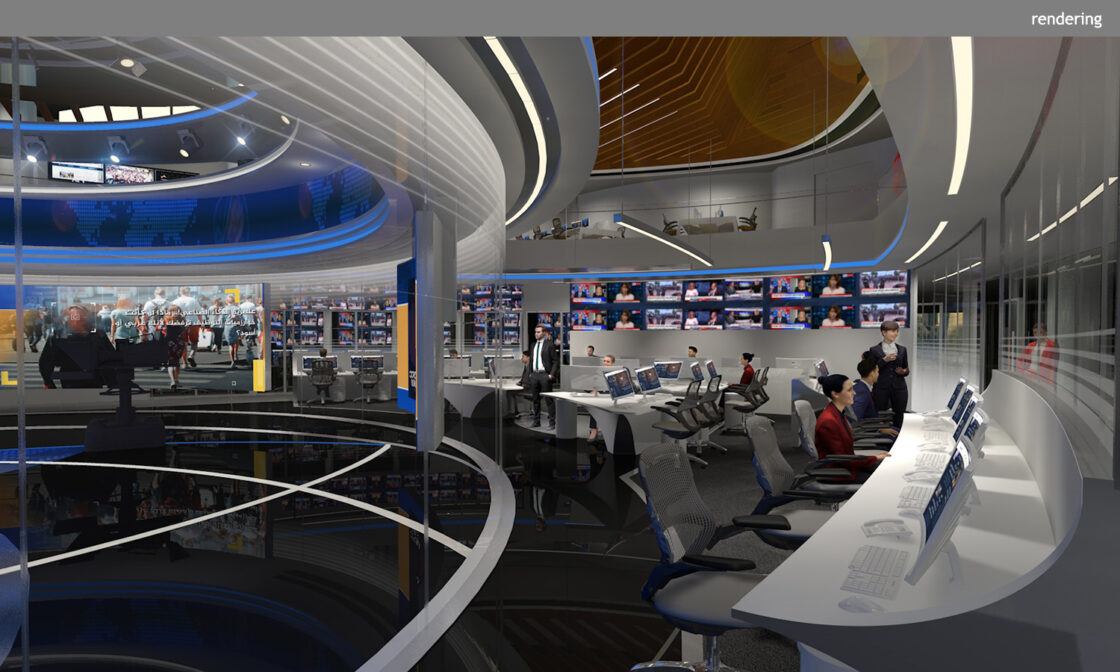 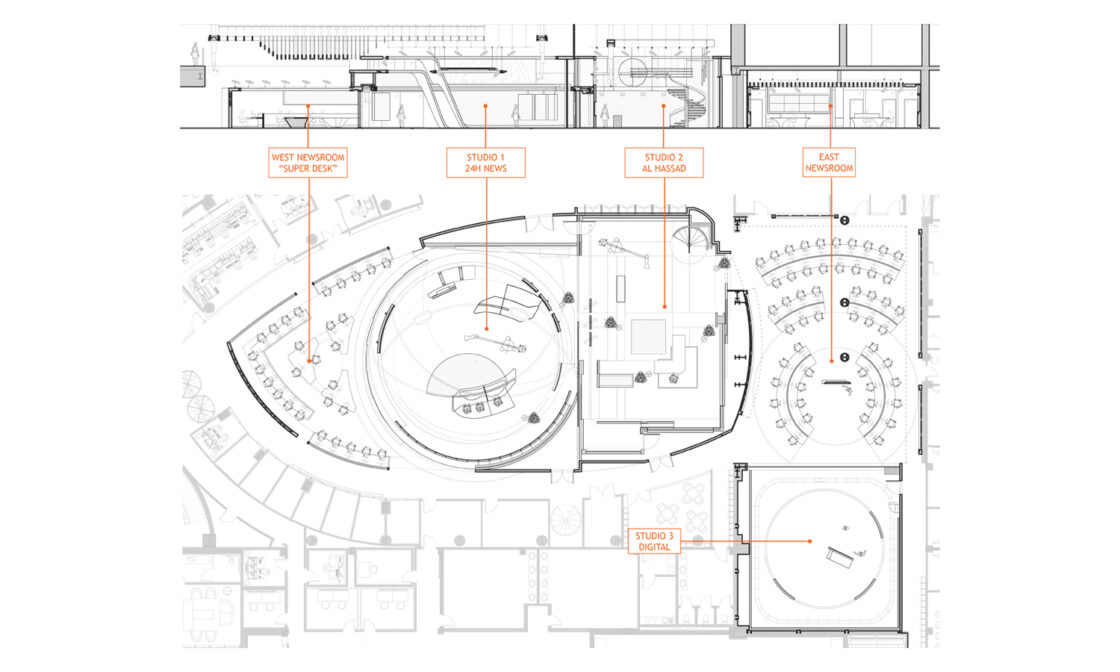 The 24-Hour News Studio makes use of two robotic tracking cameras overhead, integrated within the double-height space. Four expansive automated tracking LED screens can rotate throughout the studio, playing independently or separately depending on each program’s editorial needs.

Additionally, stationary LED walls at the studio’s north and south perimeter complement LED screens integrated within the ceiling and floor, allowing the studio to be completely reprogrammed with various graphic looks at the touch of a button.

The studio opens to a small, sophisticated newsroom that features 31 journalist and editorial positions arrayed around a “super desk” designed to play off the formal inspiration of the adjacent studio. It is separated by a large glass tracking wall that can be opened to create one expansive broadcast environment and is equipped with theatrical lighting and dozens of IPTV feeds to unite it with the main studio, when desired.