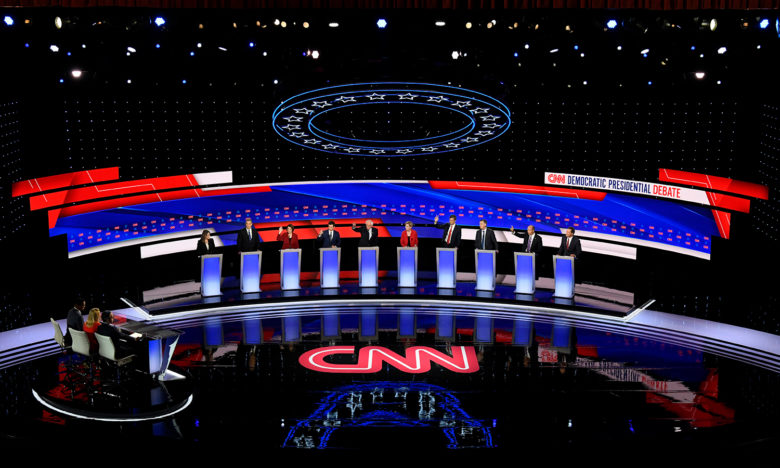 The second round of the Democratic primary debates are in the books. Hosted by CNN in Detroit, Michigan, Clickspring’s scenic design featured an expansive LED backdrop, a circular space-frame truss illuminated with stars and suspended above the stage at an angle, and restrained, minimal podiums illuminated with a frosted, light box gradient.