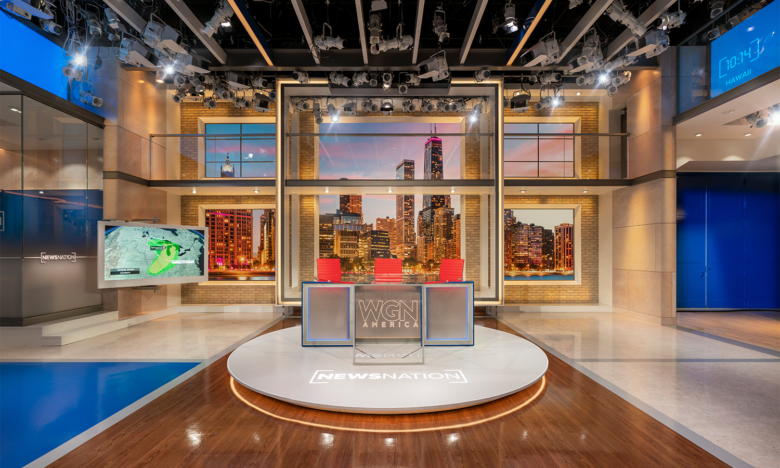 The goals for the project were clearly set right from the beginning by Nexstar: ‘do something unique in a short amount of time’. Aiming for a design that was visually on par with ‘heavy-hitter’, primetime competitors that helped to visually define the brand for this new network we created a space that allowed for flexibility of both show rundown and look during the unusually long 3-hour run-time.

The desk itself utilizes adjustable modesty panels so it can shrink and expand from two anchors to a 270-degree discussion for six. The Weather area is complete with satellite staging options and there is a breaking news area at the other end of the studio with touchscreen and ped camera. The Space is built for opportunities, including the automated LED panels on the north side of the studio. Not to mention, there is a practical second level and stairs that will get used for special reporter hits.

The national coverage is organized by six geographic zones that feature individual stories which together weave into the news for the whole country. This is explicitly and metaphorically demonstrated with the six LED panels that can play separate, as 1 or in groupings.  Time-zone clocks on the second level west wall nod to a traditional broadcast visual, but with the lens of the six zones central to WGNA. 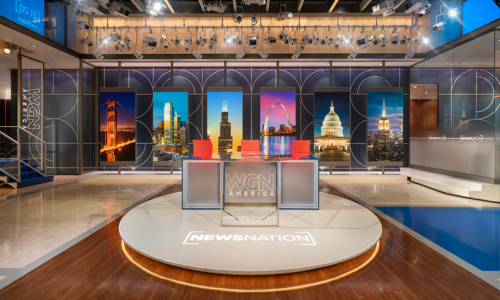 Leaning into the motif associated with the [News Nation] logo created by Troika, WGNA’s trademark brackets become a key element of the studio design. Thinking critically about how the show was airing out of the midwest (Chicago), abstracted ornamental language alluding to the crop circles of the area found their way all throughout the space. A motif that gives life to the design vocabulary and helped us define the brand visually for the network throughout the entire scope. 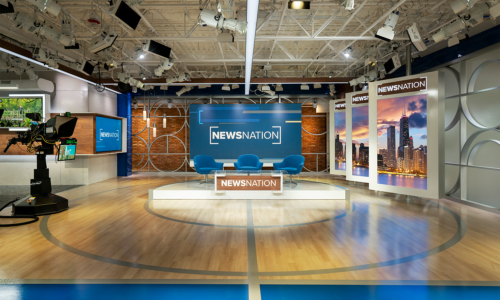 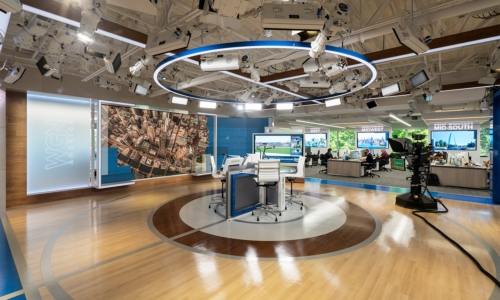 Learn more about the WGNA Newsroom and Studio here.