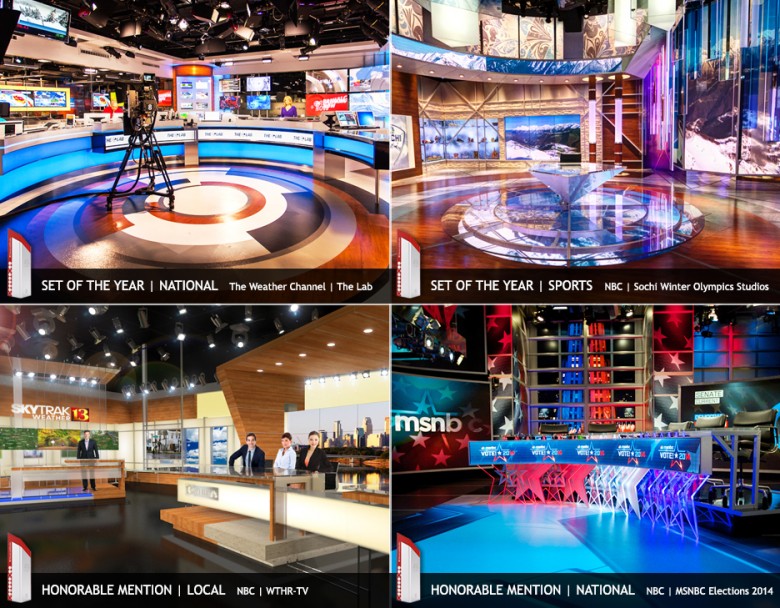 We are thrilled to be the recipients of multiple NewscastStudio Set of the Year awards! The Weather Channel’s The Lab won the national category, while NBC’s Winter Olympics in Sochi took home the gold for sports. Additionally, Clickspring received two honorable mentions for local NBC affiliate WTHR-TV and the NBC|MSNBC Midterm Elections.

Thank you to everyone who made these great projects possible!